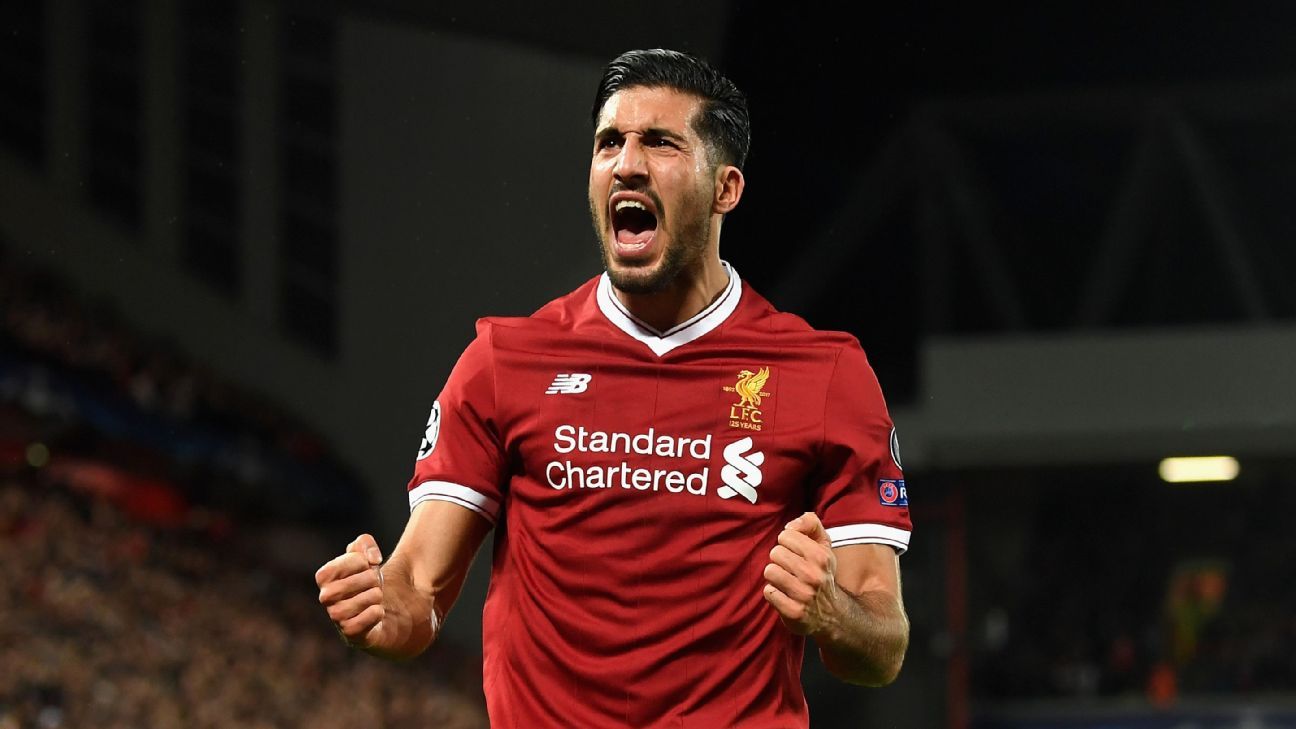 
MUNICH — Bayern Munich coach Jupp Heynckes has praised Emre Can as a “dynamic and powerful” player, amid reports that the Germany international is stalling over signing a new contract at Liverpool.

Can, 23, joined the Bayern youth setup in 2009 and made seven first-team appearances under Heynckes before joining Bayer Leverkusen in 2013.

Juventus reportedly lead the race for the midfielder’s signature, while Bayern are also said to be interested in bringing him back to the Bundesliga.

“There’s always certain criteria when you’re signing a player,” Heynckes said at a news conference ahead of Saturday’s game against Borussia Dortmund. “I only had Emre Can for a few months. He is a good, young player who has developed well — he is dynamic and powerful.”

Despite letting the then 19-year-old leave for Leverkusen in 2013, Bayern CEO Karl-Heinz Rumennigge dubbed Can “one of the biggest talents in German football.”

The following year Can moved to Liverpool for €12 million, with Bayern not taking up their option to buy back the player from their Bundesliga rivals.

Heynckes added: “In my opinion, if Bayern want to play a dominant role in the Champions League again, we must have suitable players for every position.

“The most important thing for me is that the player’s footballing concept meets our extremely high level. Not just his physical attributes and speed. There are many factors that play a role and everyone has different criteria. Not to forget, the player’s character is important. He must also be a team player with social skills.

“He doesn’t just have to fit on a sporting level. There is 20-24 young people together, they have to get on and respect each other, and their ego has to take a back seat. Therefore, the player’s character and behaviour is most important for new signings.”