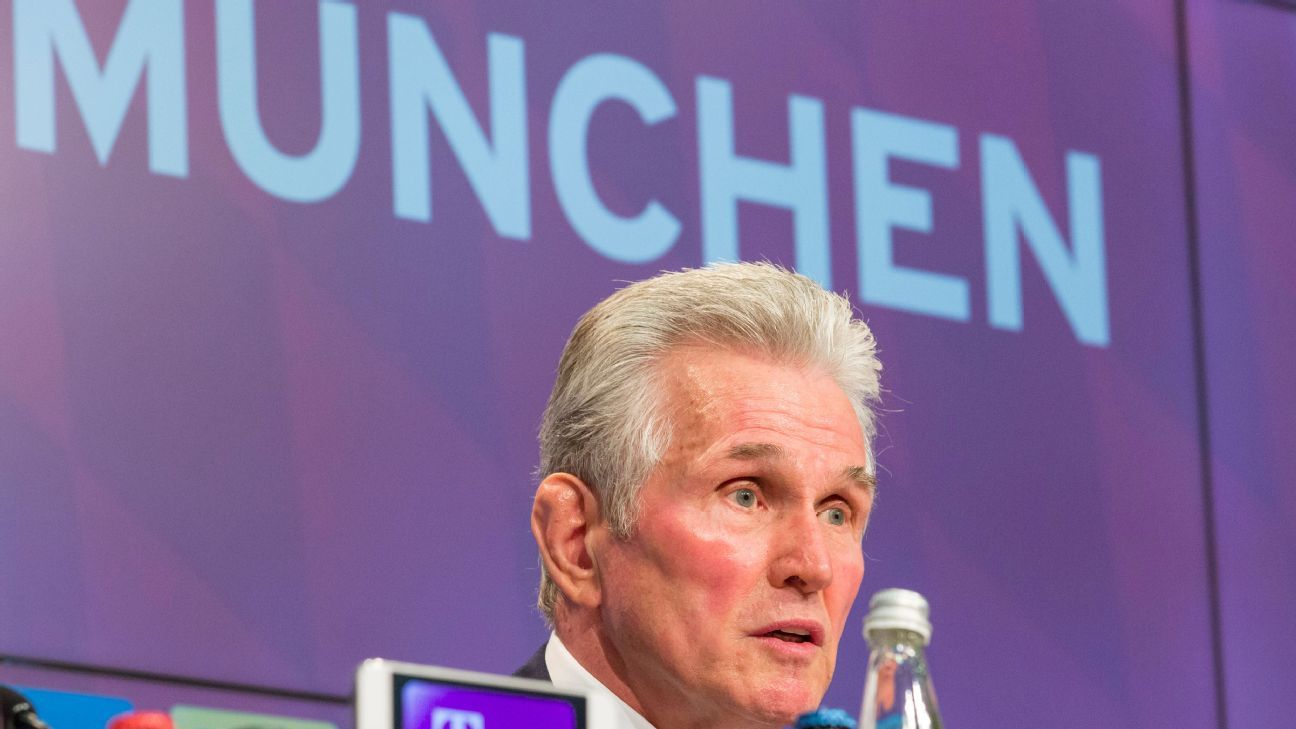 
MUNICH — Jupp Heynckes has said he never dreamed he would come out of retirement to take charge of Bayern Munich for a fourth time.

Heynckes, 72, takes over from Carlo Ancelotti, sacked after the Champions League defeat at Paris Saint-Germain last month, and is in charge until the end of the season.

He will take training on Monday as preparations begin for his first game in charge at home to Freiburg on Saturday.

The coach, who won the Treble for Bayern in 2013, took charge of the final Bundesliga match of his previous spell against Borussia Monchengladbach in May that year.

And speaking at his unveiling, he said: “If I recall my last news conference in Monchengladbach, I had come to terms with the thought that my coaching career was over.

“It wasn’t my dream to ever come back as a coach. I received many offers from top European clubs, and also for work as a TV expert, but I turned them all down.

“It’s been a difficult time, but my wife and my daughter said I should do it [return to Bayern]. My dog also barked twice, so that meant I should do it.”

Heynckes said he had been motivated by both his friendship with Bayern president Uli Hoeness and his gratitude for what the club had helped him to achieve.

“After thinking things through, I came to the conclusion that you should never forget who has helped you in life,” he said.

“Bayern has helped me so much in my career — without Bayern, I would never have ended up at Real Madrid.”

Heynckes said he was aiming to “establish a clear dressing room hierarchy” as he sought to revitalise the Bundesliga champions.

But he added: “It’s a difficult task — it’s a team in transition, without the best goalkeeper in the world in Manuel Neuer, and Franck Ribery is also out injured.

“Thomas Muller hasn’t been playing his best, while Jerome Boateng is not the Jerome Boateng of 2012-13 [when Heynckes was also in charge]. The same goes for David Alaba who, after injury, is still not at 100 percent.”

Asked about his return after four years away from game, he said: “Of course, there are sceptics — football has changed, but it hasn’t been reinvented.

“We live in a very fast-paced and restless world. Football is right at the centre of that. My task at Bayern is to slow and calm things down. One can only gain strength from serenity.”

Heynckes stressed his respect for predecessor Ancelotti, adding: “He’s a gentleman, but every great coach has experienced the same situation when it’s just not working out any longer.

“However, he won the German championship last season and that is the main target for any Bayern trainer. I respect him a great deal.”

Hoeness hailed Heynckes as “the best solution” and said: “I’m very happy my best friend is back at Bayern.”

CEO Karl-Heinz Rummenigge, meanwhile, said Bayern had no plans to make an announcement this year on who their coach will be next season.