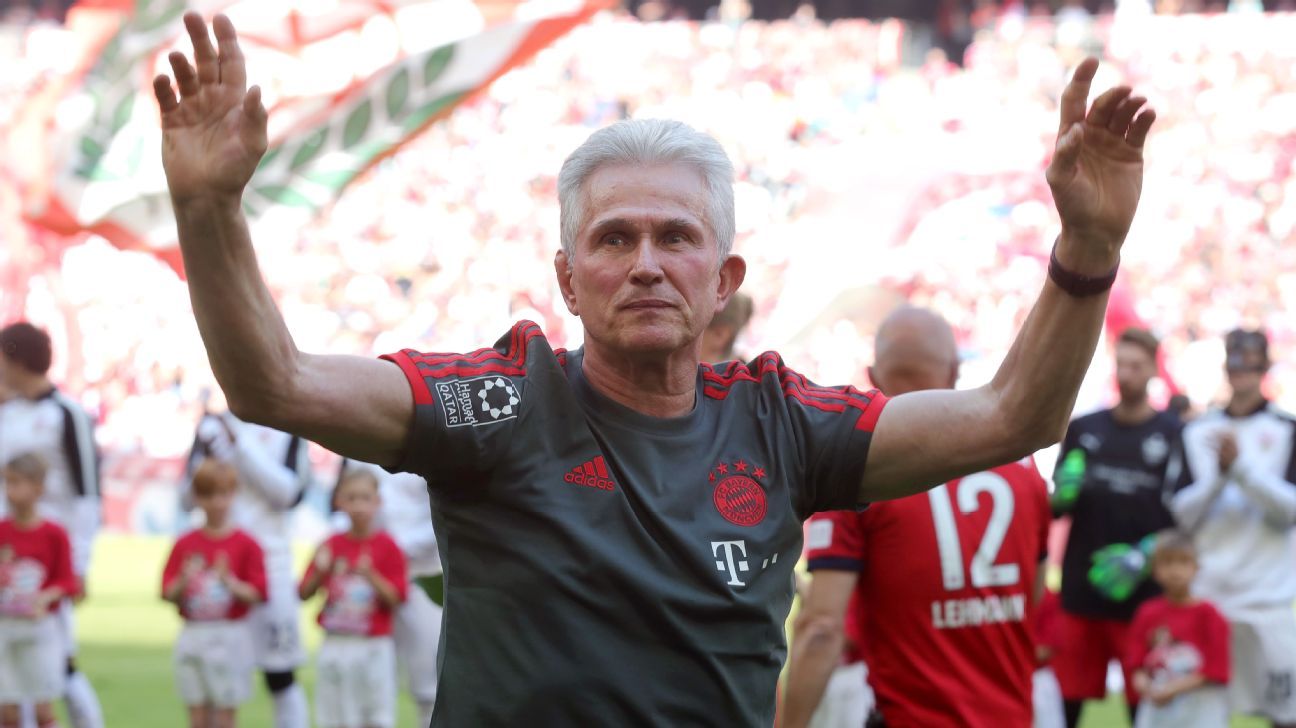 
MUNICH — Bayern Munich coach Jupp Heynckes said Stuttgart were deserved winners after handing the German champions a 4-1 defeat, their heaviest loss of the season in the outgoing boss’ final Bundesliga game in charge.

Leading his side for the last time in Munich, Heynckes rued his side’s profligacy in front of goal, before gracefully paying tribute to the three-time Bundesliga winners, who inflicted Bayern’s only home league defeat of the season.

“We had three excellent chances when the score line was 1-1 which we didn’t take,” Heynckes told a news conference. “In these sort of games, against a good defence you have to go into the lead to force the opponent to change tactics. Stuttgart were very well organised, defended brilliantly and we had our difficulties in tracking back.

“Therefore, we have to admit it was a deserved win for Stuttgart, they were excellent on the counter-attack and finished well.”

Bayern can seal their 12th domestic double with a win against Eintracht Frankfurt in next Saturday’s DFB Pokal final.

“We have to take defeat on the chin, dust ourselves down and prepare well for the cup final. In Berlin we will see a different Bayern team than we did today,” Heynckes added. “Overall, we have enjoyed an exceptional season, playing some fantastic football. Today’s game nor result doesn’t diminish our feats.”

Heynckes, who turned 73 on Wednesday, showed all his experience by fleeing to the dressing room to avoid the obligatory wheat beer showers after the final whistle.

“I think these beer showers are a little outdated. Anyway, at my age it’s not really necessary to be soaked in beer,” he said.

It was another goalless showing for Bayern striker Robert Lewandowski, but Heynckes still defended the Poland international.

“He’s going through a little dry spell but all great goalscorers go through this,” Heynckes said. “He’s scored 29 league goals this season and that’s an excellent goal scoring rate. Overall, he has managed 40 goals in competitive games and that’s an amazing ratio.”

Mats Hummels could be a doubt for the cup final after picking up a slight foot injury late in the game.

“I received a knock to my foot shortly before the end of the game,” Hummels said. “We’ll have to take a closer look at it but I hope it’s nothing serious. But it’s very painful, we will have to see how it develops in the coming days.”

“That was a serious wake-up call before the cup final,” Muller said. “We have to take this negative energy into next week’s training. Our performance wasn’t worthy of a German champion. We didn’t display the necessary mentality today.”

And the injured Arjen Robben echoed this sentiment, telling BR that Heynckes “doesn’t deserve such a farewell.”

“We played s— and It was a funny game today,” he said. “Despite this, winning your first ever championship is always something special.”

Goalkeeper Sven Ulreich who has deputised for the injured Manuel Neuer since September, added: “It is a great feeling. It’s the reward for all the hard work over the years. I’m pleased that I was able to play my part. Losing today is annoying and we will party a little tonight before concentrating on our work again next week.”