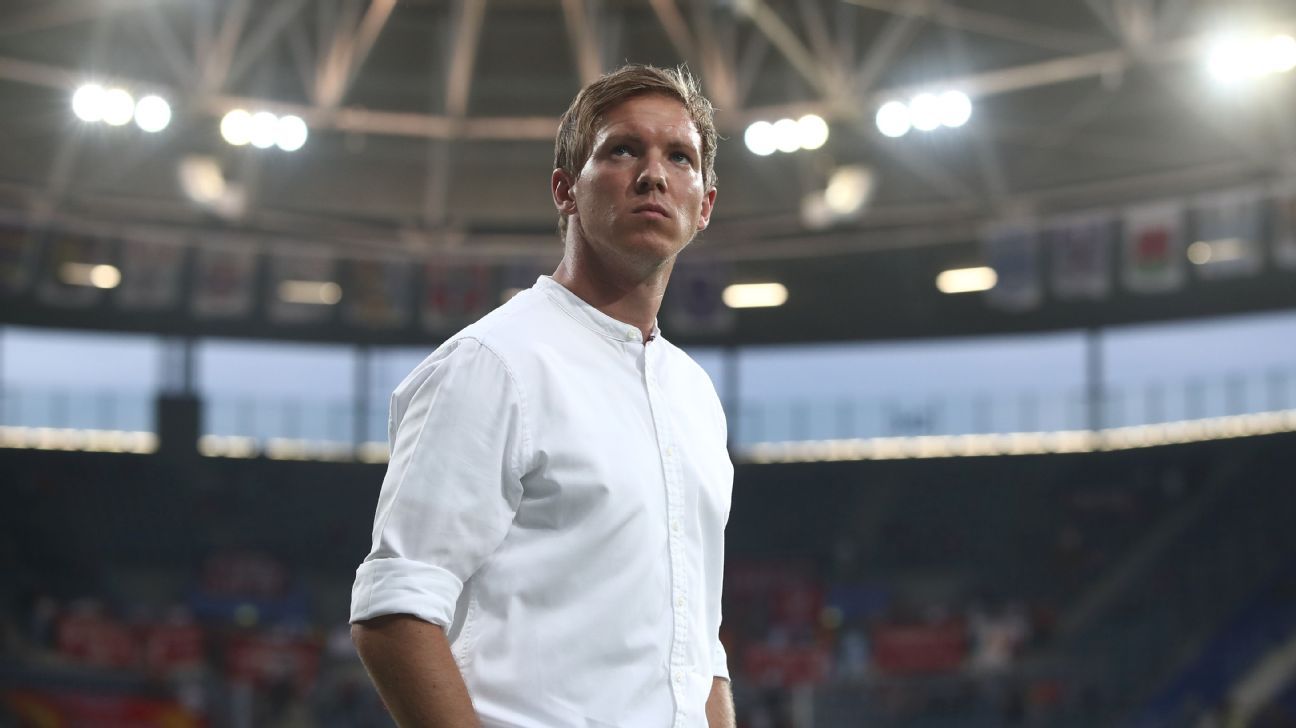 
MUNICH — Hoffenheim coach Julian Nagelsmann has distanced himself from comments he made about managing Bayern Munich in the future, saying they have “no current relevance.”

Recent reports in Germany have linked Nagelsmann with the Bayern job, and the highly rated 30-year-old added to speculation by claiming earlier this week that the club “has always played a prominent role in my dreams.”

A source has told ESPN FC that current Bayern coach Carlo Ancelotti will seek a return to the Premier League next summer if the Bundesliga champions trigger a break clause in his three-year contract.

But speaking ahead of Hoffenheim’s Europa League clash with Braga on Thursday, Nagelsmann made it clear he had no intention of undermining Ancelotti.

“The interview had no current relevance,” he said. “It was simply about visions and planning for the future.

“I have always pointed out in many interviews that it is my dream to manage a world-class club and win trophies. Bayern are among these top clubs, but there’s also a few more.

“Unfortunately, the interview has made waves, also regarding my colleague Carlo Ancelotti for whom I have great deal of respect.

“He has won more trophies than I have underpants.”

Nagelsmann — who said his words had “made a bigger impact than I wanted” — added that he had sent a text to Ancelotti, who has dismissed talk of a winter move to the Chinese Super League, to set the record straight and felt the matter was now resolved.

The coach guided Hoffenheim to a 2-0 Bundesliga victory over Bayern last Saturday.