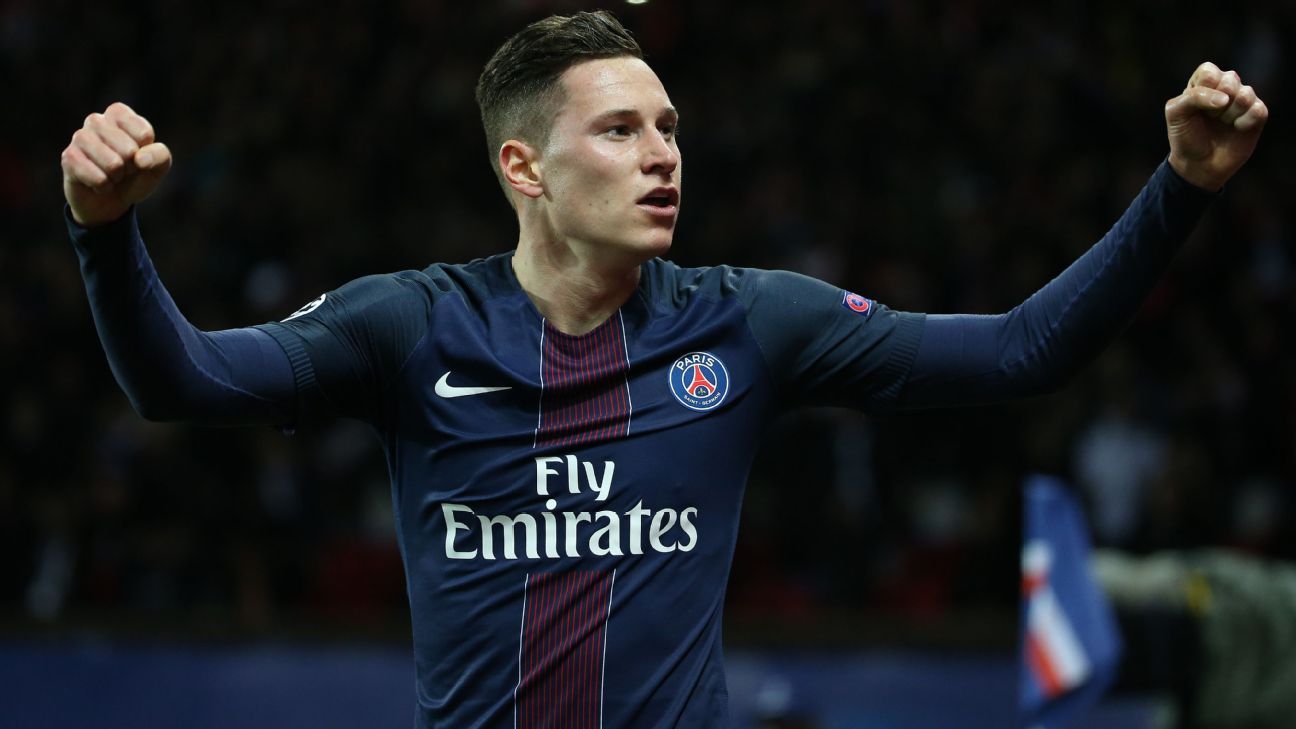 
Julian Draxler will not be leaving Paris Saint-Germain’s this summer, according to his agent Roger Wittmann.

Draxler, 23, has impressed since moving to PSG from Wolfsburg in January, scoring four goals in 17 Ligue 1 appearances. He has also scored five more times across both domestic cups and added another in the Champions League.

Despite his encouraging start to life at the Parc des Princes, and strong Confederations Cup performances with Germany, the French press, notably L’Equipe, and numerous German publications have started to speculate over his future followig Neymar’s arrival for €222 million.

Arsenal and Liverpool have been touted as potential destinations but Wittmann told Sport 1 in Germany that the claims made by L’Equipe were false.

“We are not interested in whether L’Equipe wrote something,” Wittmann said. “There has been no change, it is not a topic.

“If somebody writes ‘I have this information from Nasser Al-Khelaifi [PSG chairman and CEO],’ then I will consider it and call the president to speak about Julian’s situation.

“Once again, though, this is not the case. So, everything has been said.”

Draxler is yet to feature this season under Unai Emery having only recently returned from his summer holidays following international duty.