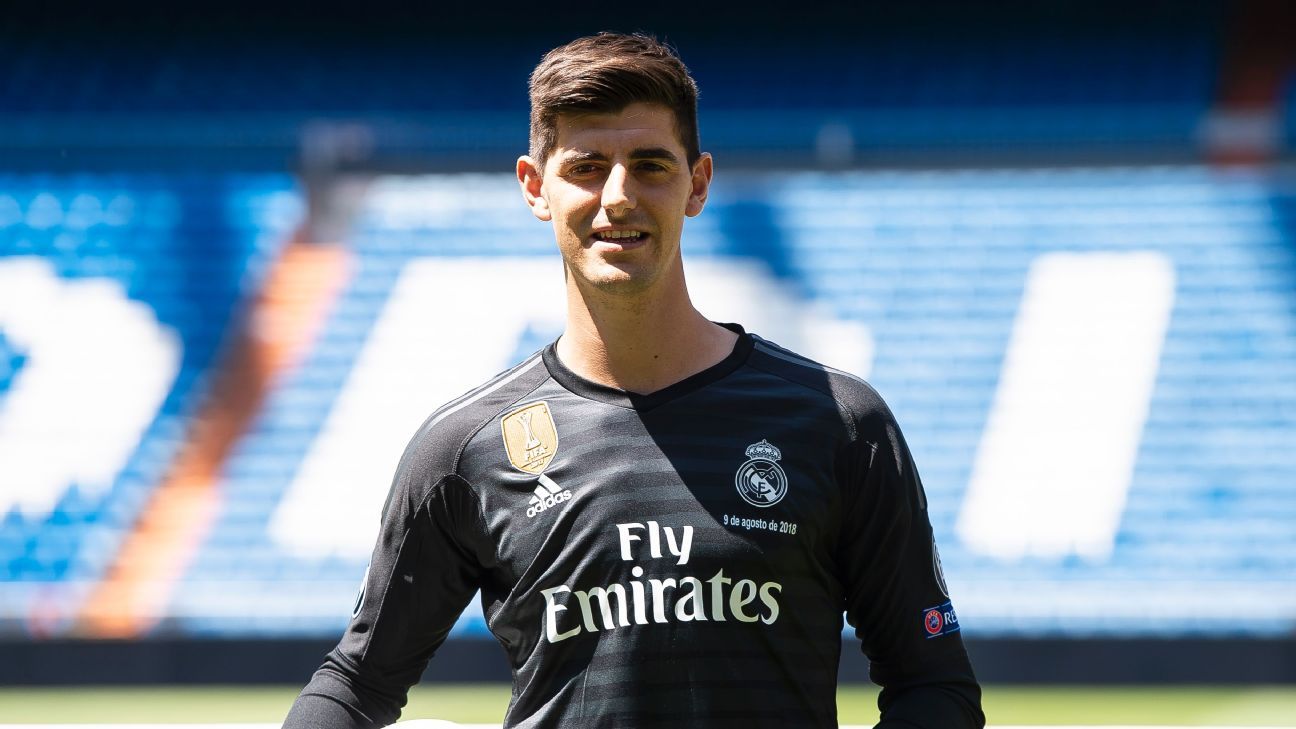 
Real Madrid coach Julen Lopetegui says he has still not decided who will be his No.1 this season, as Thibaut Courtois and Keylor Navas continue to battle to be first choice.

“We are not decided on what is going to happen,” Lopetegui said ahead of Real’s trip to Girona on Sunday. “I won’t say anything, tomorrow you will see.

“We have very good goalkeepers, very good solutions. Some have arrived slightly later but they are all good. We will make a decision and the one we pick will be good. With the Champions League, it could be a different solution but tomorrow, we know what we will do.”

Madrid have started life without Cristiano Ronaldo and Lopetegui says his new side must all pull together in order to replace the goals they will miss.

“What worries us most is that we can replace those 50 goals as a team, to be able to improve on that as a collective, without that responsibility falling on someone’s back,” Lopetegui said.

“The team has to improve on those records, scoring more with more players and conceding less.”

Meanwhile, the Madrid coach says Vinicius Junior may spend time with the club’s reserve team this season. The Brazilian, 18, signed from Flamengo two seasons ago and arrived this summer.

He did not feature in Real’s opener against Getafe and Lopetegui said: “He’s a member of the squad, when he comes with us, he has a chance to play. When he’s not with us, he could play with Castilla.

“He’s a very young guy and he just got here. We are very attentive to his development and we will give him time like any other player. He will be with us when we need him.”

Ahead of the transfer window closing next Friday, Lopetegui refused to comment on potential incomings.

“I am focused 100 percent on the magnificent squad we have because the league has started and every game is decisive,” he added.

“These three points are as important as to ones in May. I speak about the players who are here that I like very much.”