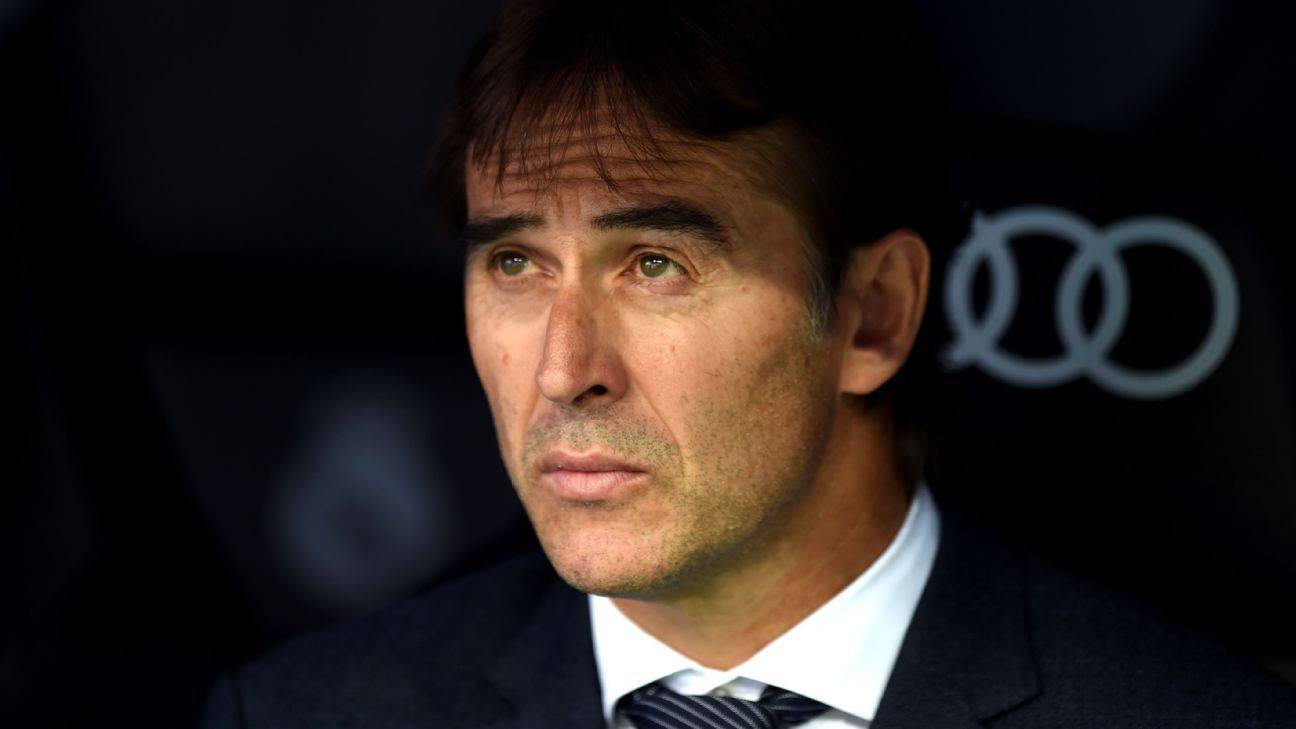 
Real Madrid coach Julen Lopetegui has said speculation over his future will not affect his team’s preparation for Sunday’s Clasico away at Barcelona.

Tuesday’s 2-1 Champions League victory over Viktoria Plzen was a first win in six games for Madrid, with Lopetegui’s side having recently gone eight hours of play without scoring a goal, and a loss on Sunday could see them finish the weekend in the bottom half of La Liga.

Local media say that Lopetegui could be sacked if Madrid lose the Clasico, and he was defiant when asked about these reports.

“I expect to keep breathing whatever happens,” Lopetegui said. “I’m not going to die. I am 100 percent focused on helping my team for tomorrow, nothing more. So I will not dedicate even 0.1 percent of my energy to that question.

“Real Madrid is still alive. This is still October, we have done some good things, made a lot of chances, and we will try and improve and be more effective. We are ready to play a game of this size and these demands.”

Club captain Sergio Ramos, Marcelo and Toni Kroos have all publicly backed their coach in recent weeks, and Lopetegui said he did not think his players had anything else in mind at the moment but performing at their best in the Clasico.

“They trust in me, and I trust even more in them,” he said. “We are working well, working hard. And we want to bring some joy to our fans, and this is the perfect game for that. There is nothing like a Real Madrid vs. Barcelona.

“This game is sufficiently big, important and motivating for them not to be thinking about all these things that interest you [media]. We are focused on training well, preparing well, and being in the best condition possible tomorrow for the game. We know it will be difficult, but we are ready to play a great game.”

Marcelo has recovered from a knock picked up late against Plzen midweek, while Nacho Fernandez is likely to deputise for the injured Dani Carvajal on the other side of the defence.

Lionel Messi’s broken arm means a first La Liga Clasico in over a decade without either him or Cristiano Ronaldo.

Lopetegui said Messi’s absence was not a big factor in his preparations for the game.

“We focus on ourselves, on strengthening our attributes as much as possible,” he said. “Then when we have to defend, we will defend. We want to give our best in all aspects. We are a very good team, as are they. The emotional and mental side are also important, we must have the right attitude, and show maximum respect.

“But I mostly focus on our own play, to attack well and defend well, not commit mistakes, be effective, and be confident in our ability to damage the opponent.”

After training Madrid announced a 22-man squad to travel to the Catalan capital on Saturday afternoon, with Brazilian starlet Vinicius Junior included after Madrid appealed against his sending off last weekend, but defender Jesus Vallejo was ruled out with a thigh injury.

Curtis Jones, Diogo Jota lead Liverpool, but defense lets them down in 3-3 draw with Brentford
Bayern Munich may need €100m for transfer of Leverkusen’s Florian Wirtz
Real Madrid’s Marco Asensio gets 9/10 for hat trick in thrashing of Mallorca
Juventus, RB Leipzig, Arsenal among early-season disappointments in Europe’s top leagues
Man United-Villarreal rematch is Solskjaer’s chance to show he can break his boom-and-bust cycle