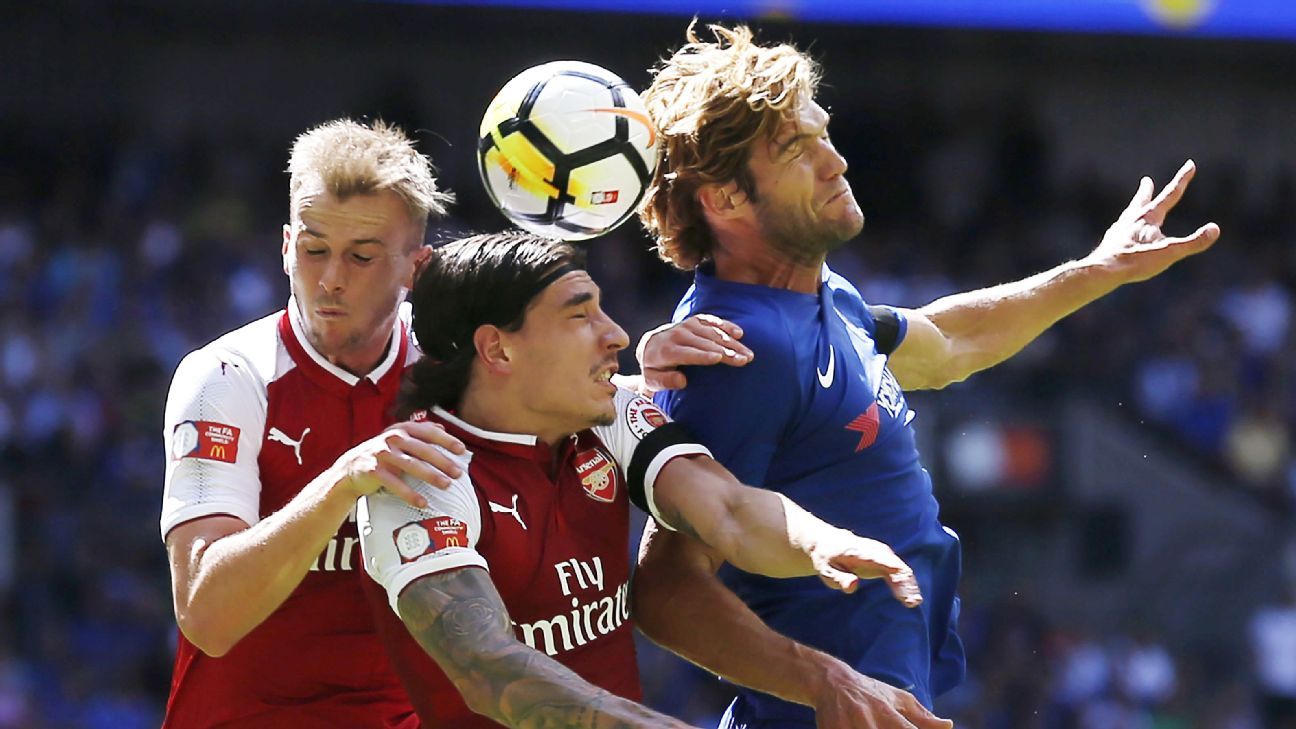 
Just short of 63 hours will have elapsed between the end of Arsenal’s Europa League clash against Cologne on Thursday and Sunday’s Premier League encounter with Chelsea at Stamford Bridge.

But for the unprecedented numbers of Cologne supporters in London for the group game at the Emirates, which led to a one-hour kick-off delay, Arsene Wenger’s players would have had the benefit of an extra 60 minutes recuperation time before a crucial game in their league campaign — not that the additional hour would have made much difference.

Yet if proof was needed to highlight the difficulties of combining a title challenge with a Europa League campaign, the stark reality of Arsenal’s preparation for the trip to Stamford Bridge offers the perfect example of why Europe can test even the biggest squads.

This Sunday, Chelsea face Arsenal, while Manchester United entertain Everton at Old Trafford, and each club must overcome a challenge that they did not encounter last season — for better and worse.

For United, who played 15 games in the Europa League last season en route to winning the trophy — 13 were played on a Thursday night — they are now in the positive scenario of being back in the Champions League, with Tuesday’s victory over FC Basel at Old Trafford giving them five days to prepare for the visit of Everton on Sunday afternoon.

From patching up his team to deal with the tight turnaround of Thursday night Europa League games and Sunday afternoon fixtures in the Premier League last year, Jose Mourinho now has the perfect scenario going into the clash with Ronald Koeman’s team.

Not only were United at home on Tuesday, they also coasted to victory, albeit at the cost of losing Paul Pogba to a hamstring injury, ahead of meeting an Everton team who travelled to Italy and suffered a 3-0 defeat against Atalanta on Thursday.

For Everton, despite a £140 million summer spending spree, Koeman’s squad must cope with the strain of a late return to England and the disappointment of defeat before turning their attentions to United. And they will be thankful it’s not a long trip to Old Trafford.

Arsenal may have won convincingly in the end against Cologne, with Wenger making wholesale changes to his team in order to rest players for the weekend, but preparation for the game against Chelsea could only start in earnest on Friday morning.

Chelsea, in contrast, cruised to a 6-0 Champions League group win against Qarabag on Tuesday at Stamford Bridge, so they will take on Arsenal with the same advantage that United hold against Everton — at least an extra 48 hours of rest and preparation time.

Sunday is when we will discover whether Arsenal will be able to cope with the demands caused by the Europa League.

Last season, Chelsea benefited hugely from the lack of European football on their way to winning the title. Antonio Conte was able to keep his squad fresh and also plot tactics and work on formations on a weekly basis without the distraction of a trip overseas.

Returning to the Champions League takes away that advantage, but a club of Chelsea’s size is accustomed to competing in that competition and using resources accordingly, so being back in it should not test them too much in the first half of the season.

Yet United’s marathon run to the Europa League final last season, and Liverpool’s unsuccessful final appearance against Sevilla 12 months earlier, emphasised the difficulty of challenging for the top four while playing on Thursday nights.

Liverpool finished outside the European positions in eighth after choosing to focus their energies on the Europa League in the second-half of the 2015-16 season, while United trailed in sixth last season after Mourinho chose to do the same.

United’s return to the Champions League is only due to winning the Europa League and the lack of Thursday night football is a major positive in their bid to win the Premier League this season.

Arsenal and Everton must scale the Europa League mountain at the same time as pushing for a top four finish, though, and few teams have been able to succeed while attempting to do that in recent seasons.

Chelsea and Spurs have done so, but it has rarely been straightforward, and both Arsenal and Everton face the toughest possible games after their first Europa League group outing.

Having been trounced 4-0 at Liverpool, a week after losing 1-0 at Stoke, Arsenal quickly need to find some form away from the Emirates, but the fixture list could not have been more cruel to them this weekend.

And Everton, having already played Manchester City, Chelsea and Spurs this season, must get themselves back on track at Old Trafford after their draining trip to Italy.

Clubs strive to get into Europe, particularly the Champions League, but finishing in the Europa League positions is also an achievement of note. Yet once clubs are there, especially when they play on Thursday nights, it is difficult to find the positives when it comes to juggling European and domestic priorities.