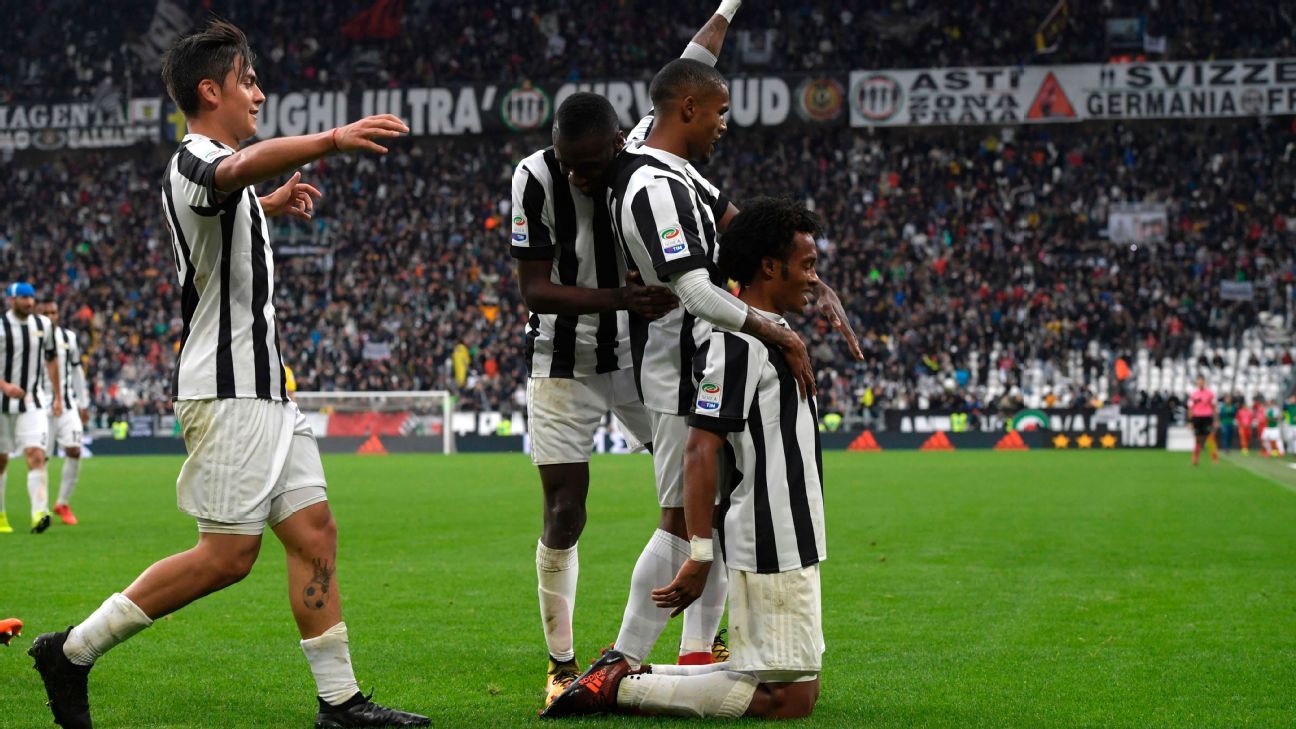 The 2-1 win lifted Massimiliano Allegri’s side to within a point of leaders Napoli, who were held to a goalless draw at Chievo, while unbeaten Inter Milan also dropped points on Sunday.

Benevento, rooted to the foot of the table after losing all 12 of their league games this season, stunned the home crowd in the 19th minute when Amato Ciciretti’s free kick put them in front.

But after Gonzalo Higuain had volleyed Juve level on his 50th Serie A appearance for the club, man of the match Cuadrado nodded home the winner.

The Colombian was pleased with the result, telling Juve’s official website: “Benevento came here to play well and they caused some problems for us.

“But the most important thing today was the result, and we managed to get it in the bag. I’m happy about the goal. I thank God and Alex Sandro for the cross.

“We hope to continue in this way. We have to keep on working hard to pick up victories and keep ourselves in the top spots.”

Allegri praised his side for retaining their composure after falling behind, saying: “I’m not sure you can say we had a lapse in concentration in the first half — they scored from their only shot, a free kick.

“Afterwards we created loads of chances and didn’t panic. We managed to turn the match on its head in the second half.

“Maybe at that point we opened up a bit too much on a couple of corners, thinking the match was done and dusted once we went into the lead.”

Despite seeing Juventus’ two main title rivals drop points, Allegri said it was early to be thinking about a seventh consecutive Serie A crown.

“Napoli have dropped only four points, while we have dropped five, of which three were due to missed penalties on the stroke of full-time,” he added.

“These things can happen in football; you can’t always win 3-0, especially in matches like these.

“The league season lasts 38 games and you need to go at a steady rate of knots, avoiding too many dips in form. Napoli, Roma, Inter and Lazio are doing fantastically and will fight it out till the end. It’s a great season.”