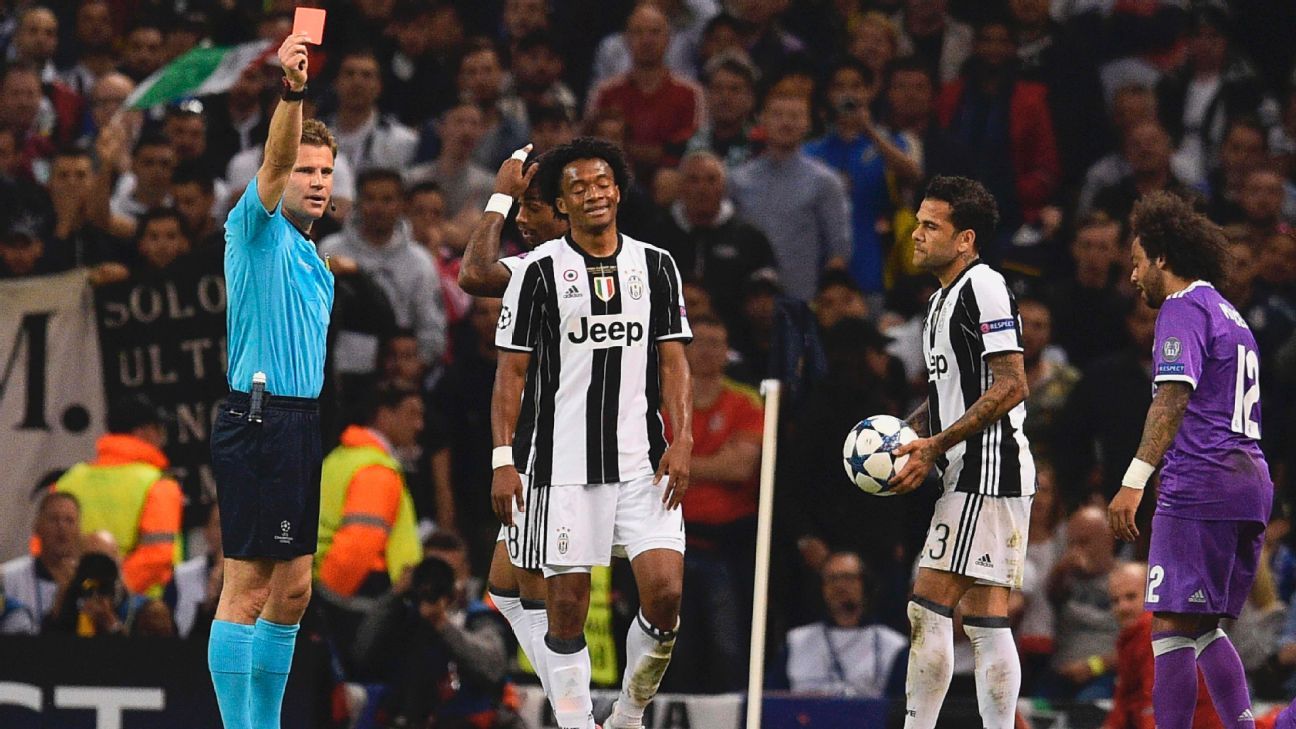 Still a side that suffer from psychological fragility, Juventus played an excellent first half in which they created chances, applied pressure and looked in control tactically.

Juventus did not adjust to Real Madrid’s tactical changes quickly enough and capitulated in the second half. The concession of two goals knocked the wind out of the sails and resulted in yet another lost final.

Juventus played with ambition and intelligence in the first half, confusing Real Madrid. In reacting quickly after going a goal down to equalise in spectacular fashion, the team demonstrated strength and faith in their abilities.

The second half was catastrophic, as Juventus failed to adjust themselves tactically to cope with the new challenges. Rather than running with intelligence off the ball, they forced their passes, allowing the opponent to cut them off and launch quick counters, which exposed their inexperience. Not one player took control and sought the ball to make a difference, which demonstrated mental fragility at a time when the team needed a leader.

5 — Hindsight is always 20/20, but Massimiliano Allegri ought to have made substitutions earlier, even if one understands his reasons for keeping the faith with those on the pitch. Juventus needed runners and tactically intelligent players to allow for more passing outlets.

Player ratings (1-10, with 10 the best; players introduced after 70 minutes get no rating):

GK Gianluigi Buffon, 6 — He wasn’t to blame for the goals, as he was concentrated and alert at back.

DF Andrea Barzagli, 6 — Closed down Isco beautifully and played solidly at the back but was often left unaided by Dani Alves.

DF Giorgio Chiellini, 5 — He was humiliated in his battle with Ronaldo and wasn’t the warrior we usually see in these big matches.

DF Alex Sandro, 6 — He played a good first half, rattling the opponent as he stormed forward, spreading play and forcing Dani Carvajal into uncomfortable situations. He was horribly exposed in the second half.

MF Sami Khedira, 6 — Good in the first half but couldn’t help the side take a grip of the game in the second. He was unaided by his teammates.

MF Miralem Pjanic, 5 — Had a poor game and should have been taken off earlier. He forced too many passes when he should have run into space and disappeared by the end of his time on the pitch.

MF Dani Alves, 5 — He can be great, but Alves showed the weak side of his game on Saturday. His indiscipline left Barzagli exposed, which Real Madrid exposed effectively.

MF Paulo Dybala, 5 — Much more was expected of Dybala, who showed his inexperience. He needed to take the lead and run into space, helping relieve pressure from Gonzalo Higuain, who had to do it all up front. Dybala failed to maintain possession effectively in the second half.

MF Mario Mandzukic, 7 — Scored a spectacular goal for the equaliser, fought for the ball with passion but struggled to halt the relentless Madrid attack.

FW Gonzalo Higuain, 6 — His movement allowed the first goal to be scored. Higuain’s touch wasn’t great in the second half, and Raphael Varane effectively man-marked the forward, who needed players to run off him. Instead, Higuain was left isolated.

MF Juan Cuadrado, 3 — Was a catastrophe. Getting a yellow card so quickly while succumbing to another is idiocy, even if the opponent proved to be an expert in the dark arts.

MF Claudio Marchisio, 5 — Came on to bring movement from a deeper position but could not turn the tide.