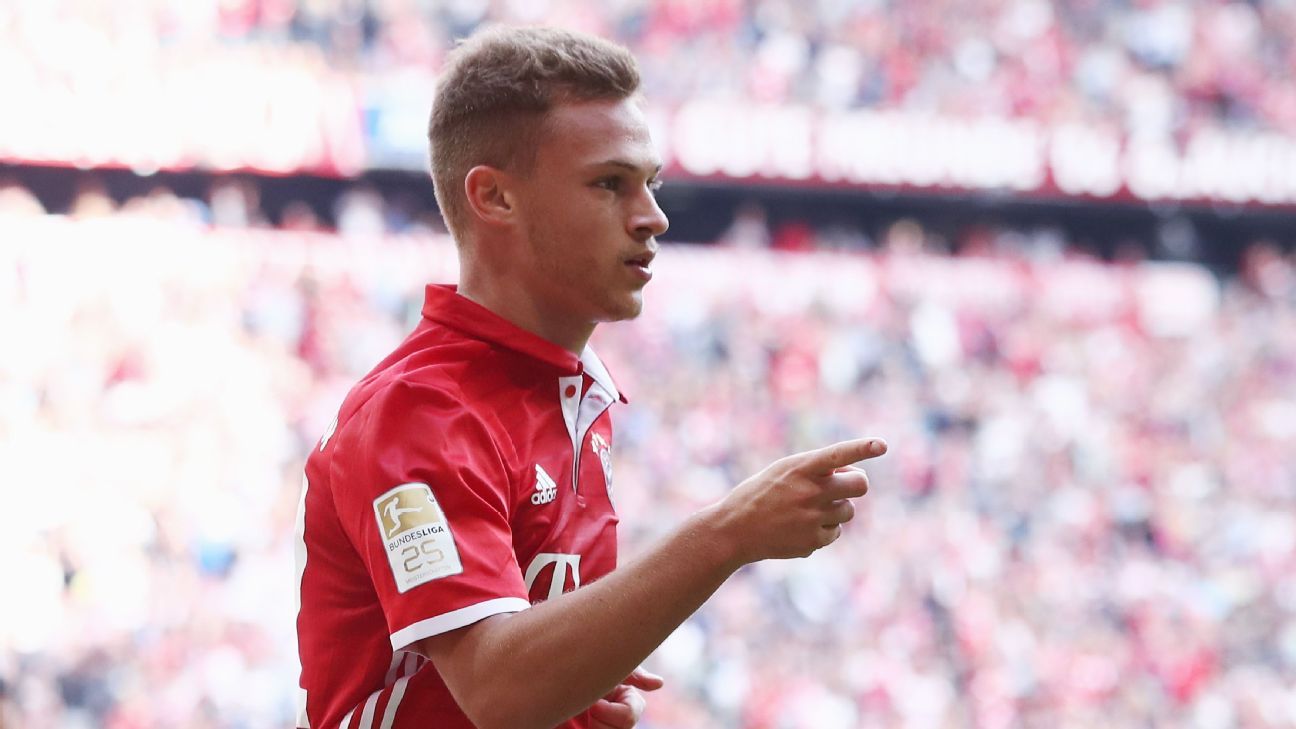 
Bayern Munich president Uli Hoeness has told kicker Joshua Kimmich’s form has benefited since speculation about his future was ended.

Kimmich, 22, was linked with Barcelona, Atletico Madrid, Manchester United and Manchester City after saying he was unhappy with a lack of playing time under Carlo Ancelotti.

He played 39 times for Bayern in all competitions last season but had to settle for 19 appearances as a substitute, leading to his unrest, but Hoeness says Kimmich is a better player after securing his future at the club.

“It’s wonderful to watch the way he is playing in the national team,” Hoeness said. “He’s got a whole new self-confidence since he knows he’ll be playing for Bayern Munich next season.”

Kimmich, who can play at right-back and all across midfield, is currently impressing for Germany in the Confederations Cup in Russia, providing assists in the group stage wins over Australia and Cameroon.

Germany face Mexico in the semifinals on Thursday aiming to seal a place in the final against Chile.