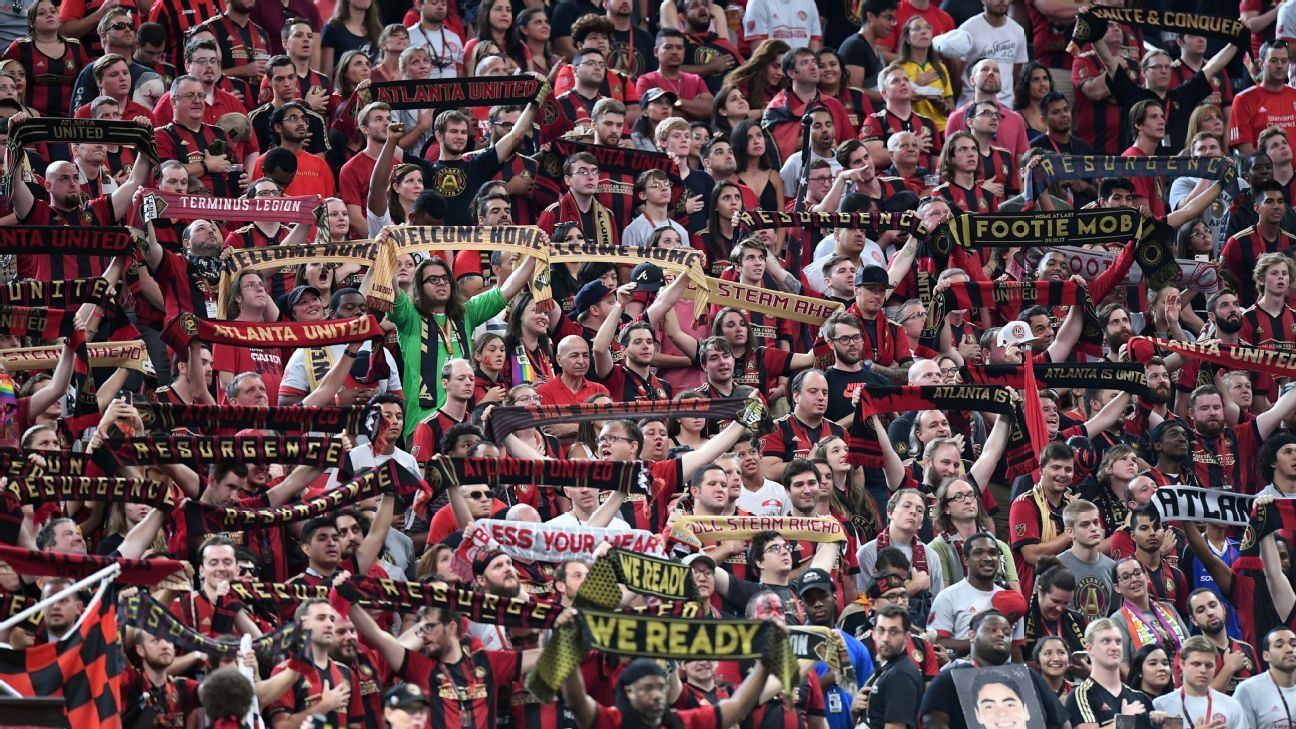 
Josef Martinez recorded his second hat trick in four days as Atlanta United entertained an MLS-record crowd in a 3-3 draw with Orlando City on Saturday.

Dom Dwyer stunned the crowd of 70,425 at the new Mercedes-Benz Stadium with a powerful header from Donny Toia’s cross to put Orlando ahead in the 10th minute.

Atlanta pushed for an equalizer and found it in the 36th minute when Julian Gressel gathered the ball just before it crossed the endline and sent it under goalkeeper Joe Bendik for Martinez to tap in.

But three minutes later Orlando was back in front after Atlanta keeper Brad Guzan failed to reach Scott Sutter’s cross, and it fell to Dwyer to head home his second.

Martinez responded 10 minutes after halftime, equalizing by heading down Chris McCann’s cross, but Orlando against needed just three minutes to retake the lead when Dwyer found Cyle Larin with a cross to the back post.

But Martinez, who also scored three times against New England on Wednesday, pulled Atlanta level for a third time by completing his hat trick in the 69th minute when he beat his marker to a low cross and scored at the near post.