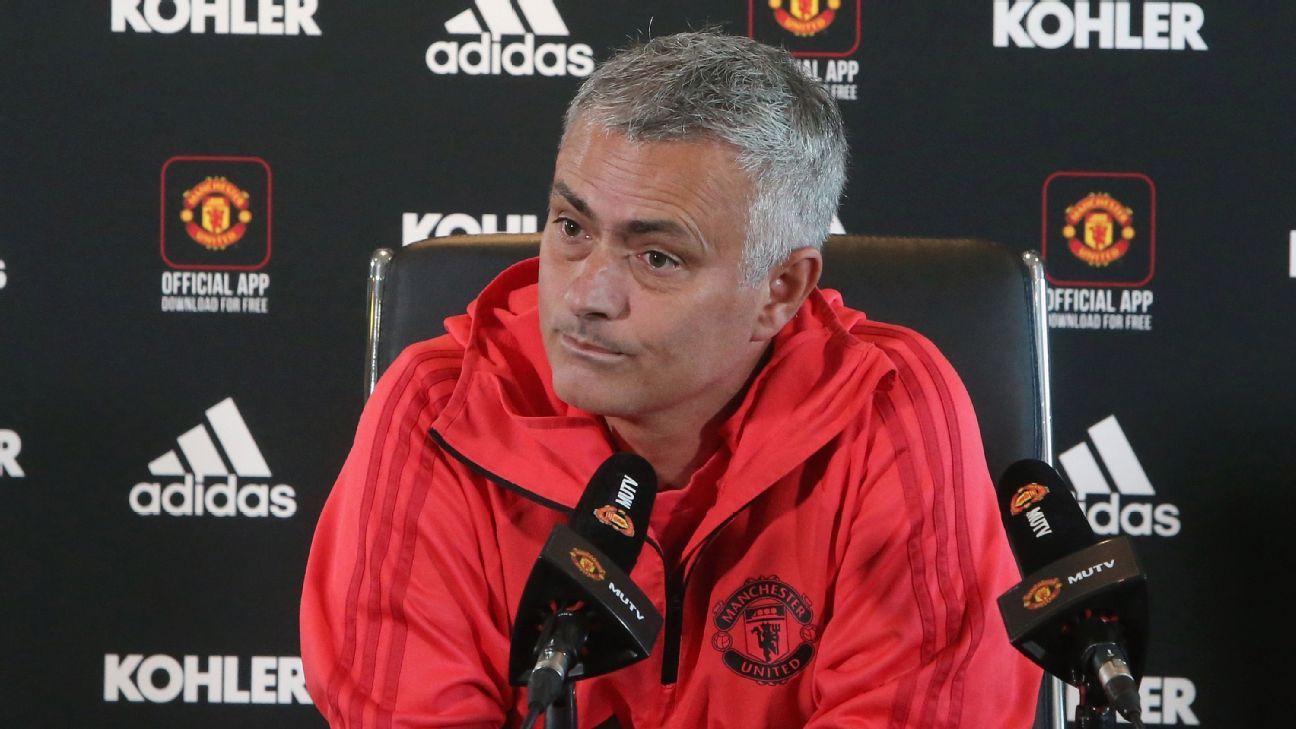 
MANCHESTER, England — Jose Mourinho has promised he will not taunt Chelsea fans with “crazy” celebrations if he finally breaks his Manchester United duck at Stamford Bridge.

Mourinho has lost on each of his three visits to Chelsea since taking over at Old Trafford in 2016.

He is hoping to lead United to their first Premier League win at Stamford Bridge since October 2012 — and avoid losing for a fourth time in their opening nine league games for the first time since 1990.

But even if his team record a morale boosting victory over Maurizio Sarri’s side, he said he will not rub salt into the wound against his former club.

“I think I would try to control myself and to respect the stadium and the supporters that were my supporters and stadium for many years, to do that should be something if I completely lost my emotional control, which is not easy.

“So I would think which stadium I am in, which public is in the stands but apart from that it is another match for me.

“I want to do well for my team, my players, my support. I am 100 percent Manchester United [on Saturday], no more space than respect for the stadium and the fans.”

Mourinho will be on the touchline on Saturday afternoon after the FA granted the 55-year-old extra time to respond to a charge that he used “insulting, abusive or improper” language while speaking into a television camera following the 3-2 win over Newcastle.

The original deadline set by the FA was 6 p.m. on Friday but it has now been moved back to 6 p.m. on Wednesday.

Mourinho faces travelling to Chelsea with all of his available players after being hit with a number of injuries.

Luke Shaw, Nemanja Matic and Marouane Fellaini were all ruled out of international duty with their countries and the United manager has revealed a number of others have returned to Carrington with problems.

“Some came back in good condition and the happiness of some good results,” Mourinho said. “Some came back with injuries, injuries that we were aware of when they happened and the national teams were correct in sending the boys back.

“We also had surprises with players that we had no idea that they were injured and they arrived with important injuries.

“The squad shape is that everybody available is selected.”

Meanwhile, United have been hit with a UEFA fine after arriving late for their Champions League clash with Valencia while Jose Mourinho has been handed a warning.

The club has been fined €5,000 for arriving late to Old Trafford and another €10,000 for the late kick-off after the game was delayed by five minutes.

Mourinho has been warned for the delay to kick-off. United arrived late to the stadium because of traffic on the route from their team hotel.

Following the 0-0 draw, Mourinho blamed the Greater Manchester Police for refusing to provide an escort for the team bus.