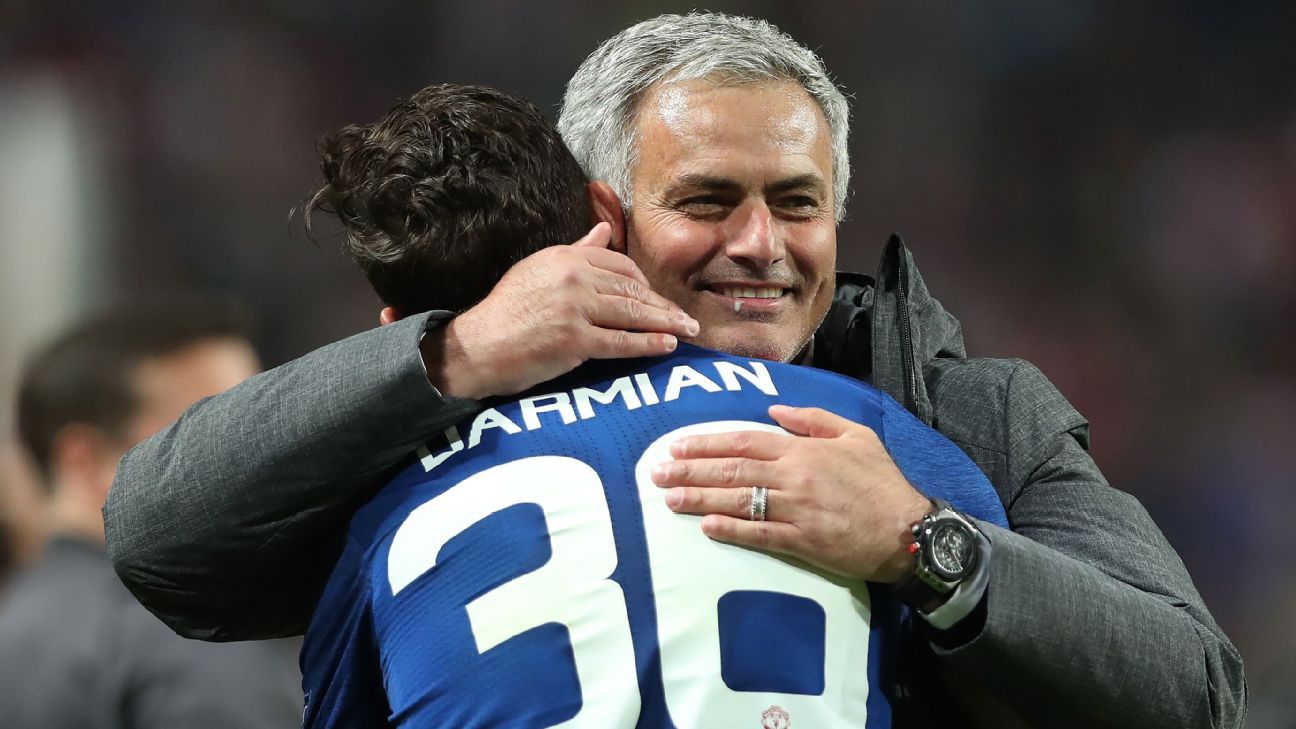 
Matteo Darmian will have to ask to leave Manchester United if he wants to join Juventus or Inter Milan this summer, sources have told ESPN FC.

United boss Jose Mourinho is keen to keep the defender at Old Trafford despite interest from the two Italian sides.

The Italy international played in both full-back positions last season and started the Europa League final against Ajax.

But he was considered a backup to Antonio Valencia in his preferred position at right-back and made the majority of his 29 appearances at left-back following injuries to Luke Shaw and Marcos Rojo.

Juventus are on the lookout for a new right-back after Dani Alves opted to leave the club, while left-back Alex Sandro could also depart this summer amid reported interest from Chelsea.

United’s first-team squad has been split into three groups during the transfer window.

Key players like Eric Bailly and Marcus Rashford are considered not for sale at any price while the club are actively looking to sell Adnan Januzaj, who is surplus to requirements.

Darmian is considered to be in the third group of players who could be allowed to leave if United receive an acceptable offer and the individual wants to go.

However, Mourinho is prioritising a striker, a winger and a central midfielder ahead of next season.

And after already bolstering his defence with the arrival or Victor Lindelof from Benfica, he would rather not have to replace Darmian, whose versatility was key as injuries mounted up last season.

Mourinho does hold an interest in Barcelona left-back Jordi Alba, but the Spain international looks set to stay at the La Liga club.

Darmian will need to be playing regularly next season if he wants to be part of Italy’s squad for the 2018 World Cup in Russia.

The 27-year-old, who joined United from Torino for £12.7 million in 2015, was included in the Italy squad to play Uruguay and Liechtenstein in June after ending the season as Mourinho’s first-choice left-back.