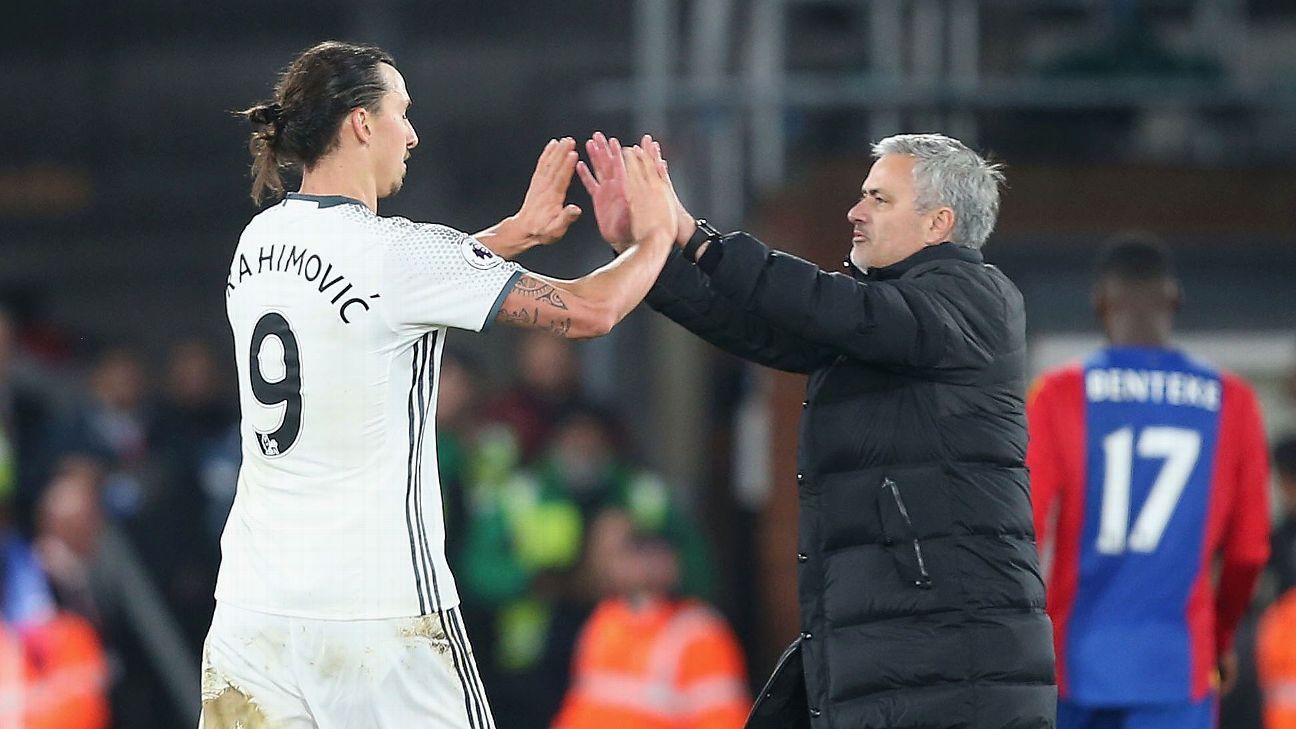 
Zlatan Ibrahimovic has told ESPN FC that Jose Mourinho is still the “Special One” at Manchester United — but says only winning the FA Cup can save the club’s season.

The 36-year-old won the Europa League and EFL Cup as well as the Community Shield during his debut season at United.

Mourinho has been criticised at various points throughout this campaign, though, after seeing rival Pep Guardiola mastermind Manchester City’s rise to the top of the Premier League. United have been second best to City for most of the season in the league and after crashing out of the Champions League to Sevilla, the FA Cup is the club’s last chance of silverware this term.

Ibrahimovic insists Mourinho is still a winner, though, but says winning the FA Cup is a must for the Portuguese.

“I like Mourinho. He is the Special One,” Ibrahimovic told ESPN FC. “He likes to win. Wherever he went he won. He made me feel comfortable. He gave me a lot of responsibility. He said to me the only problem he had with me was when could he rest me.

“They’ve been doing it good. Let’s hope, there’s one last trophy to play for, and that’s the FA Cup. So hopefully they win it. Last year we had a big success with the three trophies. With a new team like that — new coach, couple of new players — and hopefully that rings on, because as a top team, like United, you need to keep winning, because that is the status of the club. You need to win. And if you’re not winning, you’re not belonging to the top.”

Ibrahimovic enjoyed a stunning debut for LA Galaxy last week, coming on as a substitute with his side 3-0 down against LAFC before orchestrating an incredible comeback that included two goals — one a long range volley and the other an injury time winner.

His two-goal show prompted further talk of a return to the Sweden squad after announcing his international retirement in June 2016.

“I mean, today I just want to play football,” he added. “I just want to feel good, play. And the other day I played 20 minutes, I think, and I’ve been training. I want to settle in, feel comfortable and do what I’m good at — feel free in my game. So to think about the national team is a next step, but I don’t think we’re there yet. It’s all about how I feel and what I want. To worry about football, we should not. We should worry about what I want.

“Everybody wants to play in the World Cup. I was super happy [for Sweden] because there’s been a lot of talks — if I’m not there, what will happen? Normal kind of talks. When they succeed, I was the happiest, because you want to see your country play in the best scene in the world, and that’s World Cup. So you just want to see them succeed. That is what I represented, and I want the other players to take it further and make it even better. So I’m just super positive and happy for them.”