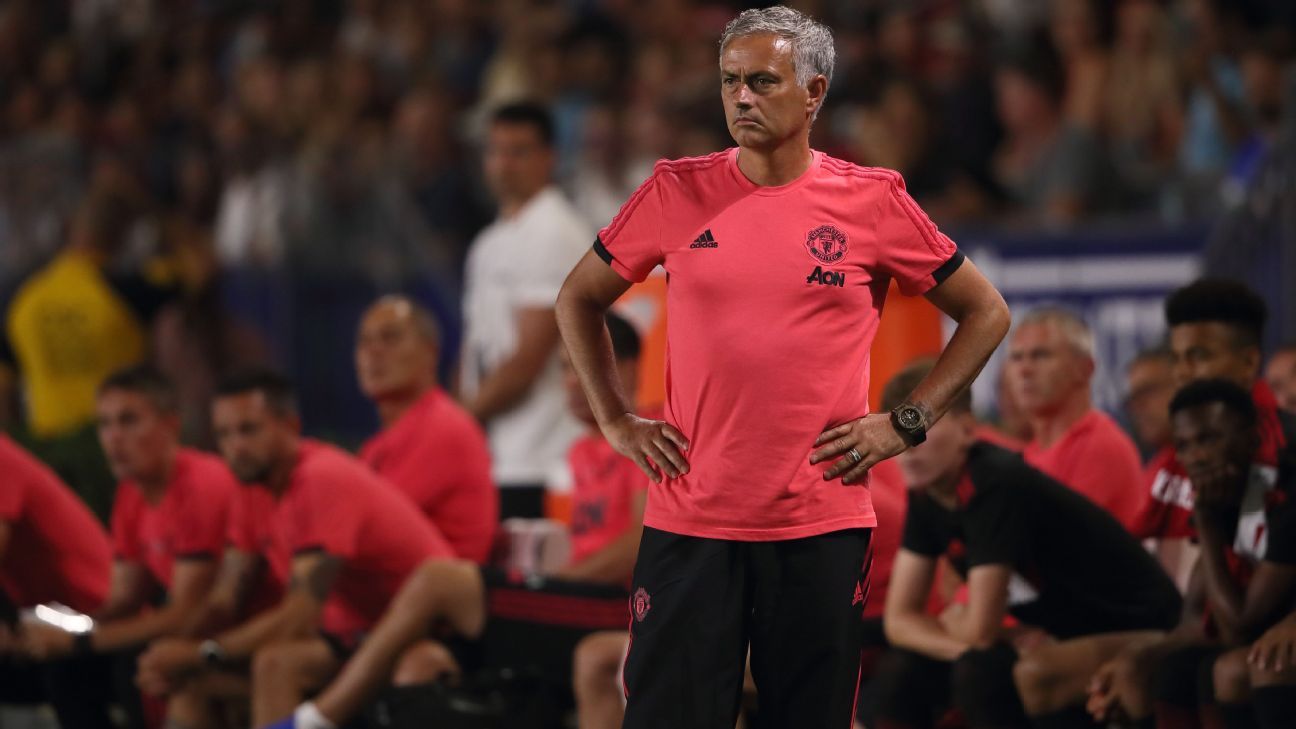 Klopp is yet to lift any silverware in three years at Anfield despite leading his team to the League Cup final in 2016, the Europa League final the same year and last season’s Champions League final.

The German has spent big on five new players this year, including a world record deal for goalkeeper Alisson from Roma. He followed the Reds’ £75m deal for Virgil van Dijk in January, making him the most expensive defender of all time.

And Liverpool’s activity this summer has not escaped Mourinho, who says Klopp must justify his spending with trophies.

“I think if you have the money, if you invest well, it is better than have it in the bank because the interests are very low,” Mourinho said after the penalty shootout victory over AC Milan in Los Angeles.

“The problem is you have to invest well and honestly I think they did very well because every player they bought are quality players and I’m happy for them.

“But maybe this season finally you [the media] demand that they win.

“You, I think have to be fair and now you have to demand and say the team with investments you are making last season, that you made in January, that you make now, that will probably be the record of the Premier League this season, a team that was a finalist in the Champions League, you have to say you are a big candidate, you have to win.”

Mourinho also confirmed after the game at the StubHub Center that it was Anthony Martial’s decision to leave the tour to head back to Paris to attend the birth of his son.

On Wednesday, United refused to confirm or deny that Martial, who wants to leave the club the summer, had not sought permission before going home.

“I found out that Martial was going to Paris when he told me,” Mourinho added.