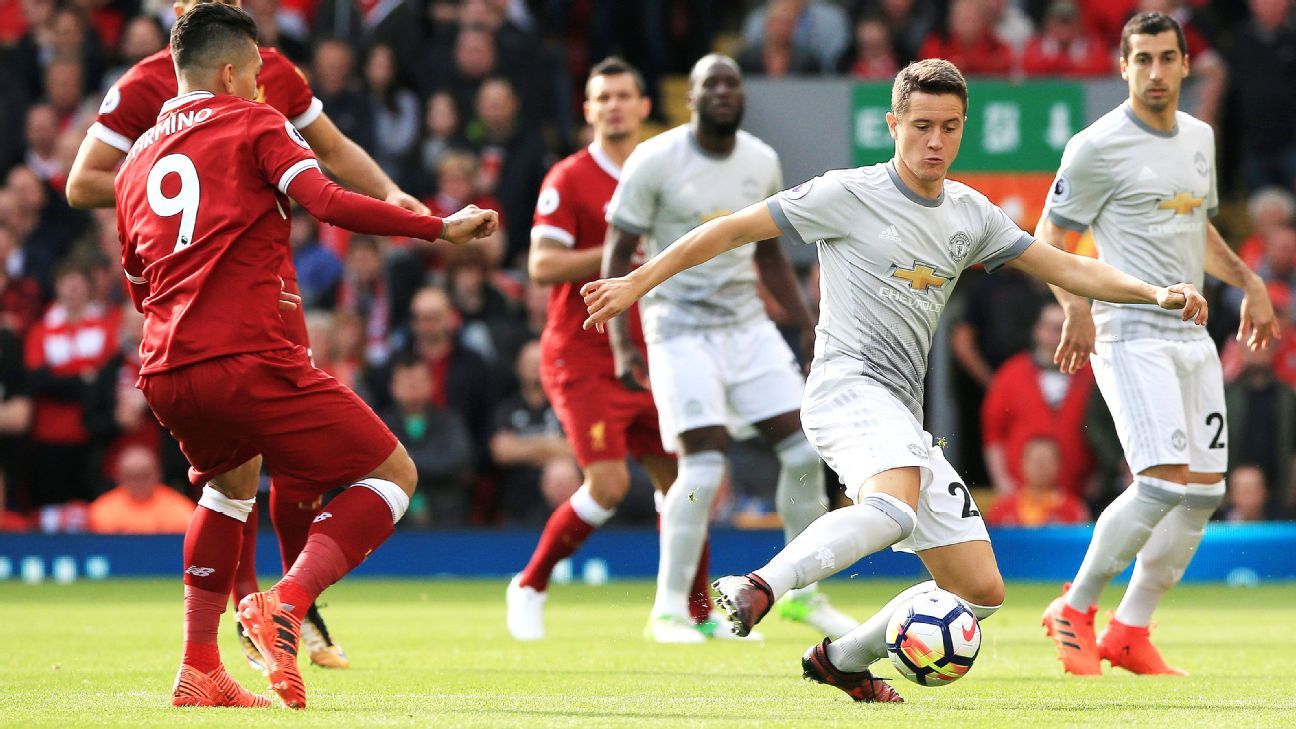 
You could call it “the tale of two 0-0s.” Twice in the last two Premier League seasons, Jose Mourinho has taken Manchester United to Anfield and twice he has emerged with a goalless draw — the DVDs of which you could make a naughty child watch as punishment.

Yet both matches were marked by an outstanding defensive performance from one player: Ander Herrera. The Spaniard has become one of Mourinho’s go-to man when it comes to producing a game of the greatest conservatism.

This may seem like a great evolution, given Herrera’s freewheeling nature when he arrived in England. He found himself benched for large periods of Louis van Gaal’s tenure, then thrust into the fray when he did not seem match-fit, which understandably led to more poor play.

He is in a curious position — when United’s first-choice midfield is fit, he is very much a fringe player, but when Paul Pogba and Marouane Fellaini are out he is one of the axes on which Mourinho’s midfield relies.

Herrera’s progress under Mourinho appears to be the perfect expression of his manager’s policy of containment. At the weekend, he made nine tackles against Liverpool, with seven of those coming in the first 20 minutes. Last time United drew 0-0 at Anfield, in October 2016, Herrera made a staggering 11 interceptions.

It’s easy, from one perspective, to consider him nothing more than an Anfield packhorse, the fall guy whenever Mourinho needs a dour job to be done. But the numbers behind Herrera’s career reveal something else — which is that he’s not some fresh-faced youth who has suddenly gone bad.

Herrera has always had a tough streak, it’s just that Mourinho has allowed him to bare his teeth. Per 90 minutes, he has committed roughly the same amount of fouls per game in each of his four seasons — 1.39 in his first year, then 1.63, then 1.71, then 1.59 this year.

However, he is markedly less creative this year than he was last year. He is making 0.79 key passes per 90 minutes, down from 1.13 last season; he is creating fewer chances, at 0.79 this season down from 1.35 last season.

This partly reflects the fact that he is being brought on to close games out, but also speaks to how he is being used in a defensive role that might once have been unthinkable. This is a far cry from his days at Athletic Bilbao, when in his final season in La Liga he created 1.86 chances and completed 1.69 chances in 90 minutes.

If there is one recent United player whose career trajectory most closely resembles that of Herrera, then it is possibly Paul Ince. Like Herrera, Ince arrived at Old Trafford as a midfielder with an eye for goal — incidentally, his outstanding performance until that date had come in a 4-1 win over Liverpool in 1988, when he had struck twice to lead West Ham United to a shock victory over the then English champions.

Like Ince, Herrera had a rare blend of skill and tenacity, and like him is finding himself as the defensive axis of a team which has strong title-winning ambitions.

If United are to win that title, though, Herrera will have to be more adventurous with his passing. He is currently averaging 10 fewer forward passes per 90 minutes than he did last season, a statistic which is probably chiefly due to Mourinho’s ultra-cautious tactics at Anfield. He is capable of playing a more expansive game, but his play at present is almost Mourinho’s approach in microcosm — deeply reactive, and focused far more upon stopping the opposition than playing his own game.

There is, of course, still so much of the season to go, but the die already seems cast. Herrera, at his best, is a player who takes an element of risk when getting forwards — it is the spaces he left in behind him that made Van Gaal so wary of him at times, but conversely it is his late runs into the area that are one of his most devastating assets.

It remains to be seen whether Mourinho will let him play with more abandon. With Manchester City setting such a ferocious early pace in the Premier League, he may well find that he has to.