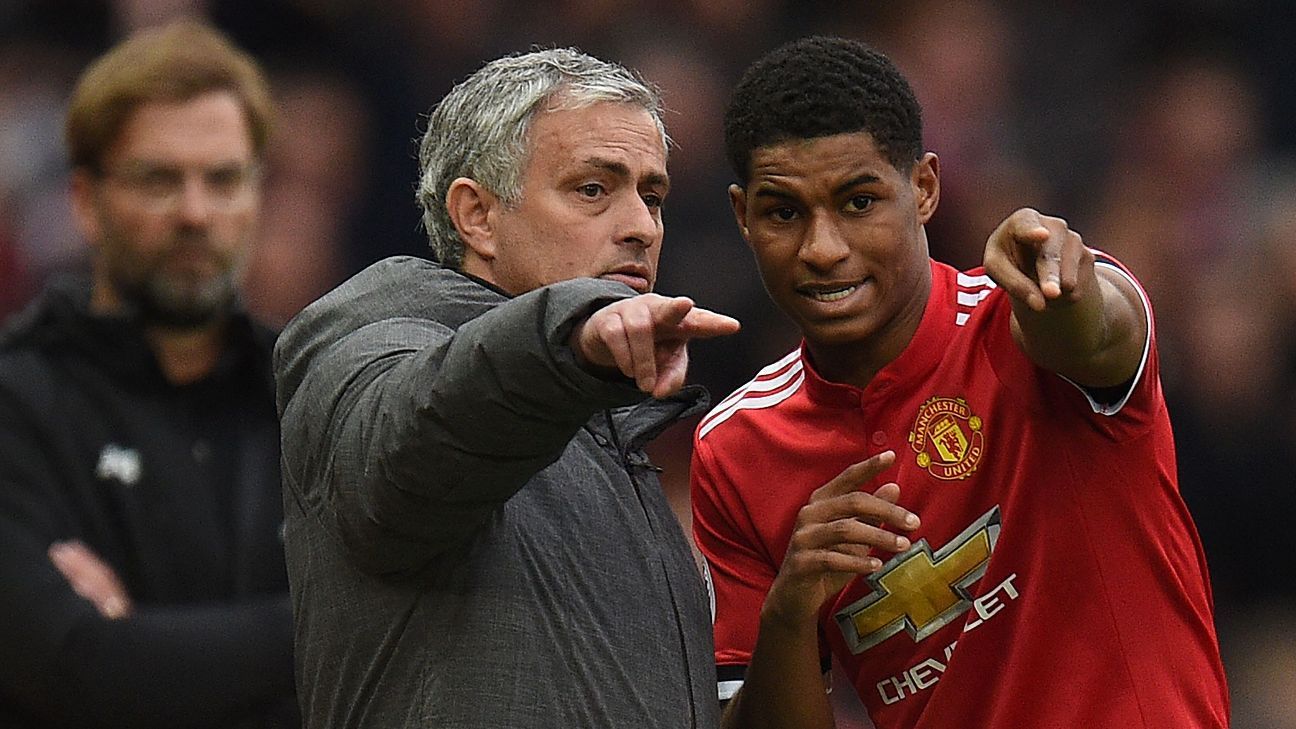 
MANCHESTER, England — Manchester United manager Jose Mourinho has launched a fierce defence of his use of Marcus Rashford by insisting “he is not Dominic Solanke or Ruben Loftus-Cheek” while hitting out at “compulsive liars.”

Rashford, who is suspended for Saturday’s trip to Watford, scored twice for England during the international break prompting suggestions he should be play more regularly for his club.

But Mourinho, speaking at a news conference at Carrington on Friday, has hit back at his critics — including Sky Sports pundit Jamie Carragher — by reading off a pre-prepared list of the 20-year-old’s statistics since he took over as manager in 2016 that took more than four minutes to get through.

“So with me, in two seasons, he had 105 appearances, 5,774 mins, 63.7 matches of 90 minutes, including five finals, so the people that are speaking about these minutes, I think they are a bit confused.

“Marcus Rashford is not Dominic Solanke.

“He is not Ruben Loftus-Cheek, he is not Dominic Calvert-Lewin.

Rashford will miss the game at Vicarage Road on Saturday evening after he was sent off during the 2-0 win over Burnley.

Tongue in cheek, Mourinho said he is still expecting criticism when the forward was not in the team against Watford.

“I think I can expect that Sunday I’m going to be highly criticised for not playing him because some of the boys are really obsessed with me and some of them have a problem with some compulsive lies,” added Mourinho.

“I can expect that Sunday some of them will wake up in the morning and the first thing they think is Jose Mourinho, so I can imagine on Sunday I am going to be criticised for not playing Marcus but it’s not my fault, he’s suspended.

“Probably you should remind them he is suspended and cannot play. His performances with England, of course I’m happy, he played well, competed well, he scored and especially in a period where he comes with some sadness after his suspension it was very good that he did that.”

Since Alexis Sanchez arrived at Old Trafford in January, Rashford has made eight starts for United and just one this season. Solanke is yet to feature for Liverpool this season while Loftus-Cheek has not started for Chelsea.

Carragher suggested after England’s 1-0 win over Switzerland on Tuesday that Rashford may have to leave Old Trafford to play more regularly and fulfil his potential and Mourinho, clearly, was not impressed.

“Some of the persons, everybody knows they have double salaries, they work also for the clubs and of course they are not independent and they conduct things in the direction they want, that’s obvious, human, is natural, not ethical but I accept it,” said Mourinho.

“The ones that wake up in the morning and the first thing that comes into their mind is Jose Mourinho and Manchester United, I feel sorry for them.

“Since I was here, he was never one day out of selection because of my decision, only if he was injured or suspended.

“He was never ever out of a selection, so he knows and that’s the most important thing.