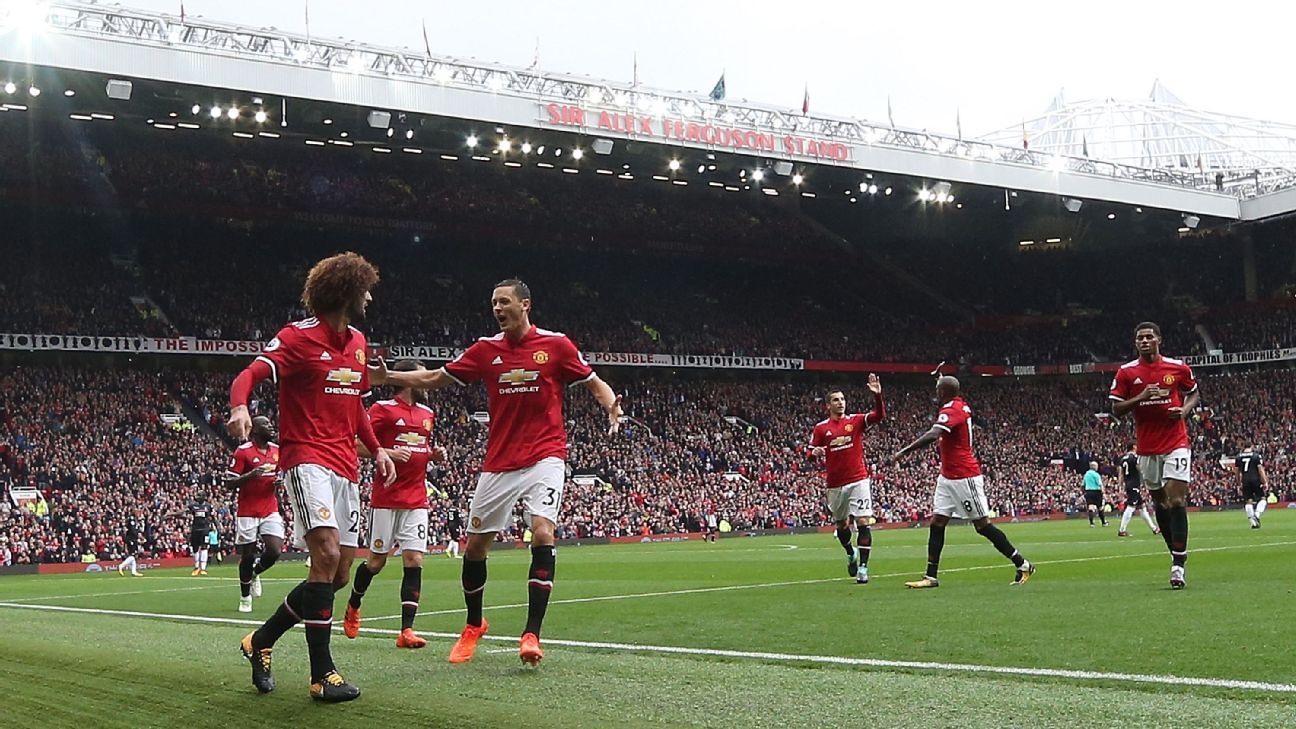 
MANCHESTER — Jose Mourinho insists it is “too early” to tell if Manchester United are capable of winning the Premier League title this season.

United’s 4-0 win over Crystal Palace on Saturday made it six wins and a draw from their first seven games of the season.

It is the same start Mourinho made as Chelsea manager the last time he won the title in 2014-15. As well as England, the 54-year-old has been in charge of title-winning teams in Portugal, Italy and Spain. But he insists he doesn’t yet know whether he has built another one at Old Trafford.

United have been matched at the top of the table by Manchester City, who beat Chelsea 1-0 at Stamford Bridge on Saturday. The pair are already five points clear of the chasing pack.

But Nemanja Matic, who was part of Mourinho’s last championship winners at Chelsea and Antonio Conte’s champions last season, insists it’s not yet a two-horse race.

“It’s hard to say because this is the beginning of the season,” said the Serbian. “But we are in a good position. The most important thing is to collect the points, not concede the goals, because this is good for our confidence.

“It’s too early to say something is favourite to win the league, but for sure there is five or six teams who are going to compete this year.

“We know what we have to do because we are Manchester United and we are focused just on the next game.

“Always the next game is the most important, so game by game we have to collect points and in next May we will see. It’s a long way to go.”

Mourinho has been forced into a change in midfield with Matic’s regular partner, Paul Pogba, ruled out with a hamstring injury.

The Frenchman may not be able to return until November. However, United’s start to the season has not been dented by Pogba’s absence.

Since being forced off against Basel in the Champions League on Sept. 12, United have played five, won five, scoring 17 and conceding just two.

Mourinho added: “We never miss the players that are injured, that’s our way of seeing it.

“They are injured, we don’t think about them. It’s an opportunity for others, it is a moment for others to step up and to get the chance, so I think that’s good.

“When we moan all the time about injuries it looks like we don’t trust the other people and we have to.”