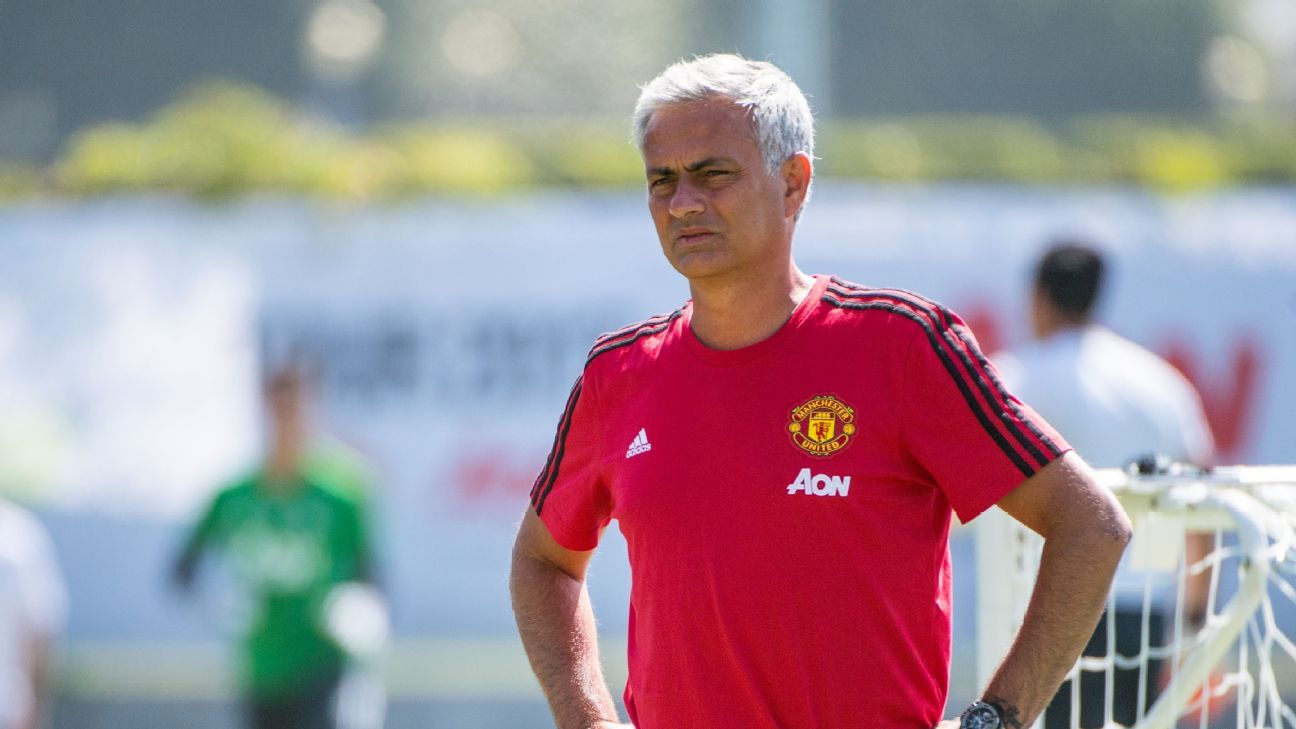 
SANTA CLARA, Calif. — As Manchester United prepare to face Real Madrid on Sunday, Jose Mourinho has told ESPN FC that English clubs must still overcome huge obstacles if they are to have any prospect of overcoming the likes of the Spanish giants to win the Champions League.

United, who return to the Champions League this season following their Europa League triumph against Ajax in May, also meet Barcelona at FedEx Field in Maryland before flying back to England next week.

Mourinho’s men played 64 games in all competitions last season — a workload which forced the United manager to rest players for league games against Arsenal and Tottenham in the final weeks of the campaign — and the two-time Champions League winner with Porto and Inter Milan insists that the fixture list continues to work against the hopes of the Premier League’s top clubs in Europe.

Asked whether a Premier League club could win the Champions League in 2017-18, Mourinho said: “You know, it’s more difficult because of our calendar, because of our fixtures. That’s obvious.

“Maybe respect is not the word, but the fixtures; it looks like they are not done thinking about protecting the teams and the intensity of every match.

“In other countries, they have the winter break. They have sometimes, varies in matches where they can rest players, where they can send players on holiday, when the players can come back after break, and they arrive in the crucial moment of the Champions League stronger than anyone.

United began their International Champions Cup campaign with a 2-0 victory over Manchester City in Houston on Thursday and will wrap-up their Stateside preseason preparations against Real and Barca.

But despite the quality of opposition faced by United this summer, Mourinho insists that his priority is to get his team ready for the UEFA Super Cup clash against Real in Skopje, Macedonia, next month, rather than winning the friendly games in the United States.

“Here, we want to train, again, training against the best players and great teams. That’s what in this moment we want, after two good sessions and two good experiences against the two MLS teams.”