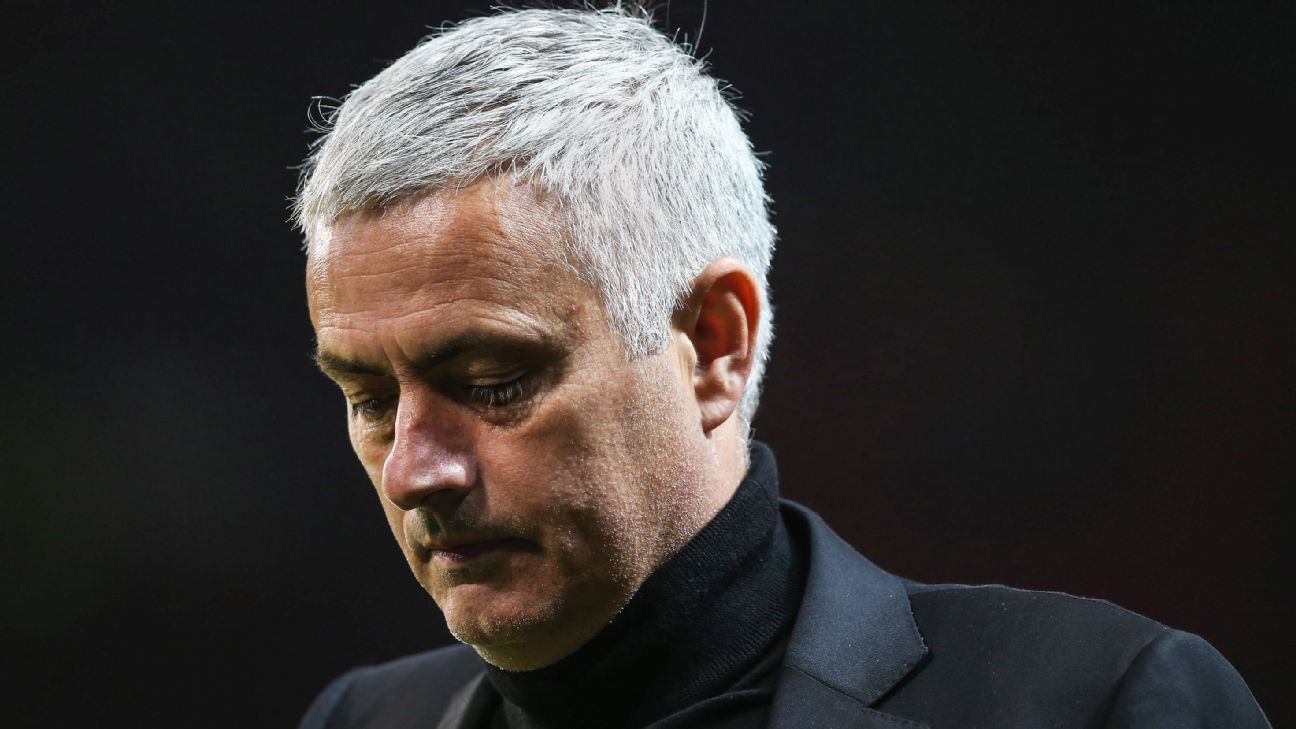 
MANCHESTER, England — Manchester United manager Jose Mourinho questioned his players’ heart and desire after they slipped further behind in the race for the top four with a drab 0-0 draw against Crystal Palace.

With 21 points from their first 13 league games, it is United’s worst start to a campaign for 28 years and Mourinho pulled no punches after the stalemate at Old Trafford.

When it was put to Mourinho that desire should be the minimum for a professional footballer, the Portuguese coach replied: “I agree.”

The 55-year-old went on to suggest he is having to work with players who would be tempted to go out on Saturday night despite suffering another disappointing result.

“I am what I am and every individual is different individual,” he said.

United are back at Old Trafford on Tuesday with a place in the knockout rounds of the Champions League up for grabs against Young Boys.

Mourinho is targeting a place in the top four and a spot in the round of 16 of the Champions League before the end of December but he admits he is facing some difficult decisions ahead of the meeting with the Swiss champions.

“The solution is that probably I have to make certain choices based on heart and then probably I will play myself.

“Because I will think heart is not enough and I am missing here some quality. Palace deserve some credit but we have to blame ourselves.”