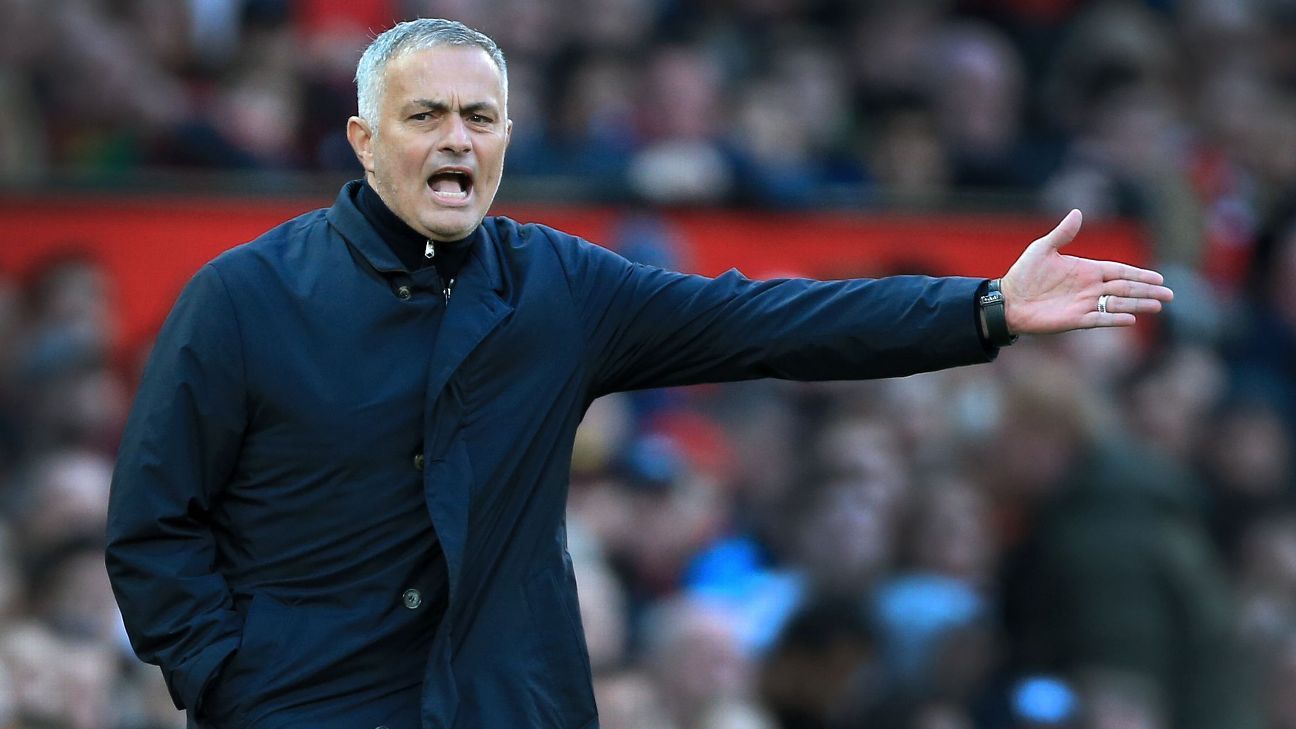 
The Football Association are to appeal the decision not to punish Manchester United manager Jose Mourinho for using alleged offensive language following the win over Newcastle.

Mourinho was charged by the FA with using “abusive, insulting or improper” language while he looked into a television camera after the 3-2 victory over Newcastle at Old Trafford on Oct. 6.

An independent regulatory commission found the case “not proven” but in a written decision published on Wednesday, the FA decided to appeal, with Mourinho facing the prospect of a touchline ban if he is found guilty.

Detailing their reasons for their decision, the commission agreed with Mourinho that “it was common for Portuguese people to express feelings of vindication or success after long suffering by using such phrases without them being directed to anyone in particular.”

While the FA’s language expert argued the Portuguese phrase “vao levar no cu, filhos da puta” translated to “f— off you sons of bitches,” Mourinho’s expert argued that, in context, the 55-year-old meant “f— yeah” or “hell yeah.”

The commission revealed they took into account the scrutiny Mourinho was under at the time with the result against Newcastle coming on the back of four matches without a win and intense speculation in the media the 55-year-old was on the verge of being sacked.

It was also taken into consideration that the game had ended in dramatic fashion with Alexis Sanchez scoring a stoppage-time winner after United had been 2-0 down at half time.

In their written reasons, the commission said: “We find that JM was celebrating victory without aiming the words at anyone in particular.

“His words were inaudible. We do not accept that he shouted the expression. JM repeats the words, first looking away and then the second time we do accept that he is seen briefly glancing towards the lens of the broadcaster’s camera.

“We accept evidence that a typical person fluent in Portuguese colloquialisms would not feel insulted or offended from what they saw or interpreted from the footage, rather would understand JM to be very happy about something good that had just happened to him against all odds.

“He opined that it was common for Portuguese people to express feelings of vindication or success after long suffering by using such phrases without them being directed to anyone in particular.

“JM was celebrating victory following a significant and dramatic conclusion to the game, without aiming the words at anyone in particular, the comments were inaudible, said in another language, and even if a Portuguese speaker could decipher what was said by lip reading, this translated to ‘f— yeah’ or ‘hell yeah’ which we find is not improper in the context and manner in which it was said.

“We do not consider JM’s language constituted abusive or insulting or improper act so on the balance of probabilities the charge is unanimously not proved.”