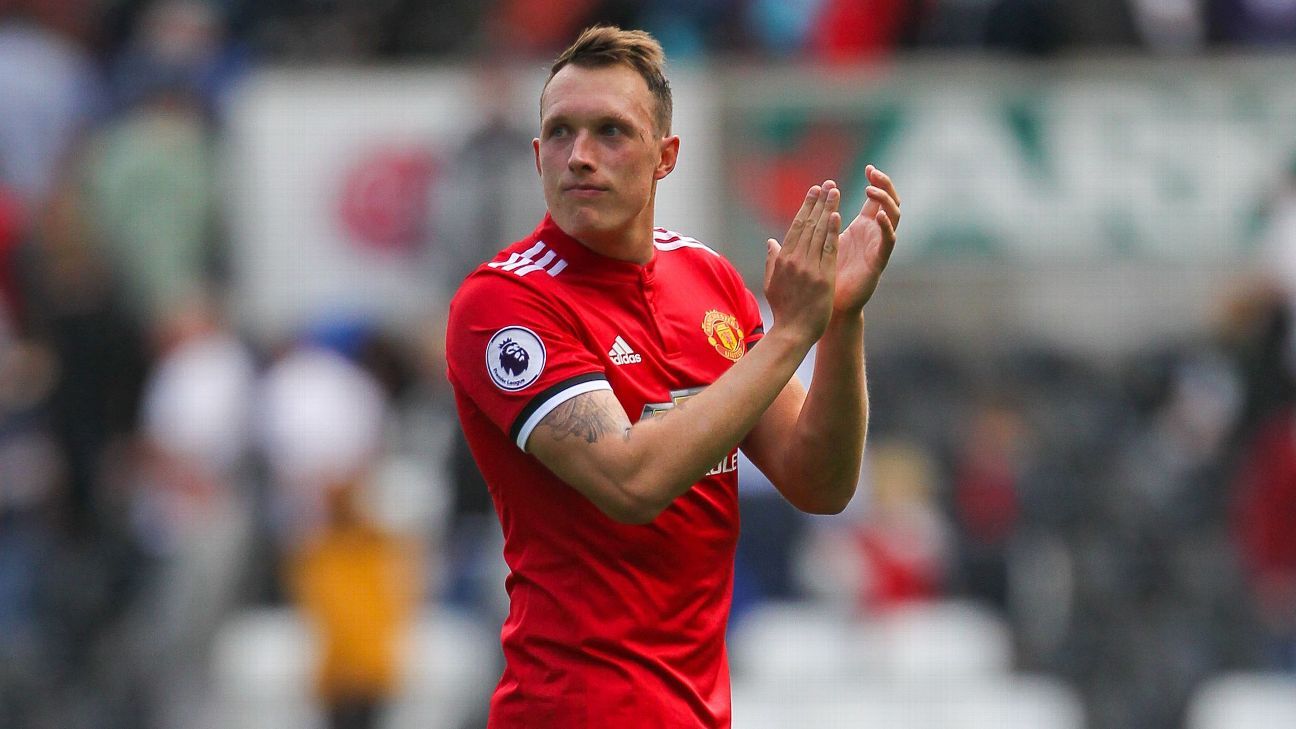 
STOKE — Jose Mourinho has defended Phil Jones after the Manchester United defender was criticised for his performance in the 2-2 draw with Stoke by Rio Ferdinand.

Mourinho, though, refused to single out the England centre-back and suggested the 25-year-old may have been feeling the effects of playing twice during the international break.

He told a news conference at the bet365 Stadium: “It is not the moment to speak, he knows the mistake, he doesn’t need me to go in and speak with him about it, so no problem.”

Jones has been an ever-present this season alongside Eric Bailly as United started the season with three consecutive clean sheets.

Both will be unavailable when Basel visit Old Trafford in the Champions League on Tuesday while they serve UEFA suspensions.

Victor Lindelof, who was not in the squad against Stoke, is set to play for the first time following his £31 million move from Benfica this summer.

Mourinho added: “These things are a part of the game, he’s playing well for us, he’s probably tired after two matches with the international team but he cannot play Tuesday so is good that he gets his rest and it is an opportunity for Lindelof and [Chris] Smalling.”

The United manager insisted afterwards only his team had tried to win the game — Hughes disagreed — while ruing the absence of Marouane Fellaini, who was ruled out with a calf injury.

He said: “I think probably it is a fair result, one team wanted to win, another team wanted to draw and they defended a lot and it is becoming quite trendy in the Premier League, this way of defending.

“They did well and physically very strong and they probably deserved the point.

“This was a game for Fellaini and then on the set pieces we would be more dominant than we were, we didn’t have much time after the 2-1 to kill the game.”

Ahead of the game, Mourinho had suggested he wanted to see his team tested and they were, especially after going 1-0 down just before half-time.

Despite dropping points for the first time this season, United still ended the day top of the table with 10 points from the first four games, something Mourinho was keen to stress afterwards.

He added: “I know after national teams there are no miracles, only fatigue, loss of concentration, so I am not disappointed, it’s just a natural consequence, four matches, 10 points, top of the league, we are OK.

“We know many good teams in the league, every match is a difficult match, so I am exactly in the same mood, exactly the same mentality that I had when we had three matches and nine points.”