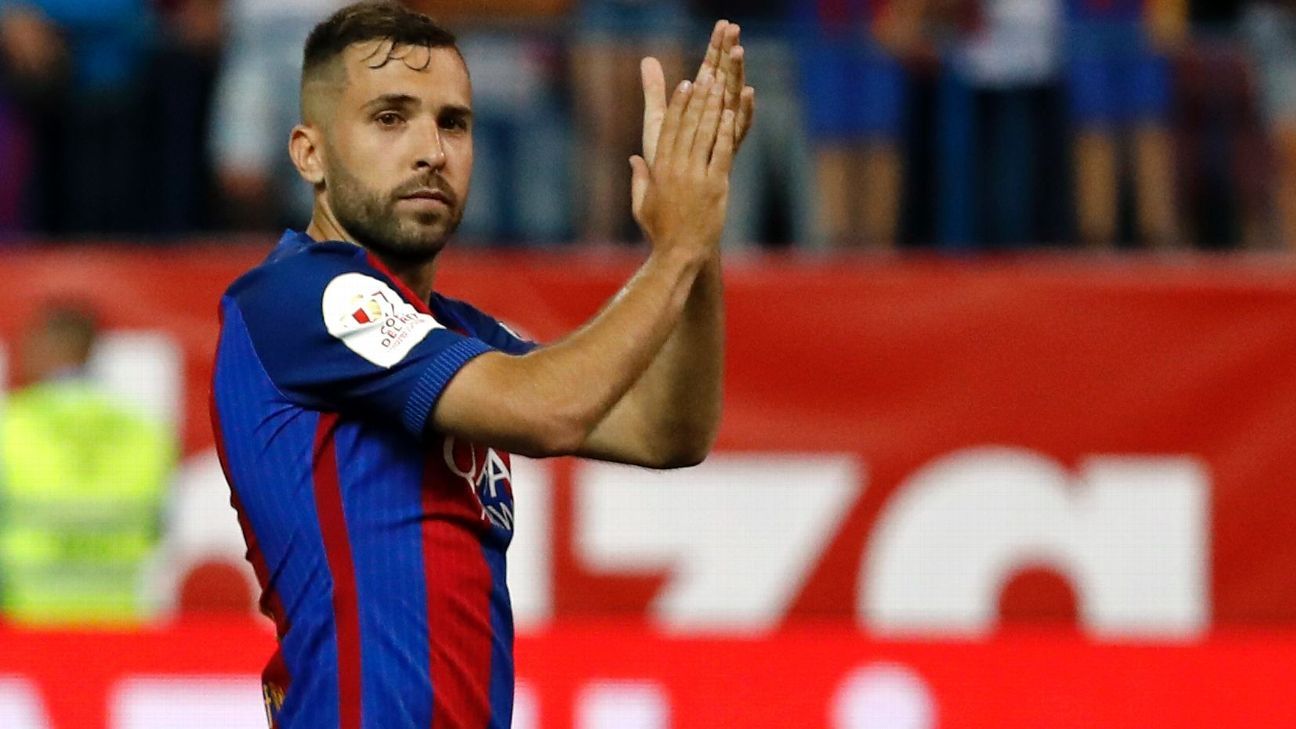 
Jordi Alba will miss Barcelona’s Champions League game with Olympiakos after picking up an injury in training on Tuesday.

Barca say the left-back has a thigh muscle problem but are unable to confirm for how long he will be out of action.

Alba will definitely miss Wednesday’s match against Olympiakos but a decision on Saturday’s league meeting with Malaga will be made closer to the time.

Paco Alcacer has been called up to take Alba’s place in the squad, but Lucas Digne is most likely to take his place in Ernesto Valverde’s starting lineup.

The French international has started just one game so far this season, the 6-1 league triumph against Eibar.

Valverde is also without long-term absentees Ousmane Dembele and Rafinha, while Arda Turan, Thomas Vermaelen and Aleix Vidal all miss out on the squad, too.

Barca have won both of their Champions League games so far this season, against Juventus and Sporting Lisbon, and are looking to make it three wins from three against Olympiakos.

The Greek side, in contrast, have lost both of their opening matches in the competition and are pointless at the bottom of the group.

It will be a special night for Barca coach Valverde, who won three league titles and two cups during two successful spells in charge of Olympiakos.

“I don’t know why the Olympiakos fans like me so much,” he joked at his news conference on Tuesday before posing for photographs with the travelling Greek journalists.

“But we did win a lot of trophies while I was there. And the feeling is mutual because the Greek people always treated me very well. I say that because I left a large part of my heart there.

“These will be two special games for me, especially the game over there because it’s a magical place for me.

The team has changed a lot but it’s still Olympiakos, a team where I won a lot of titles, although what really matters to me are the people I got to know there.”