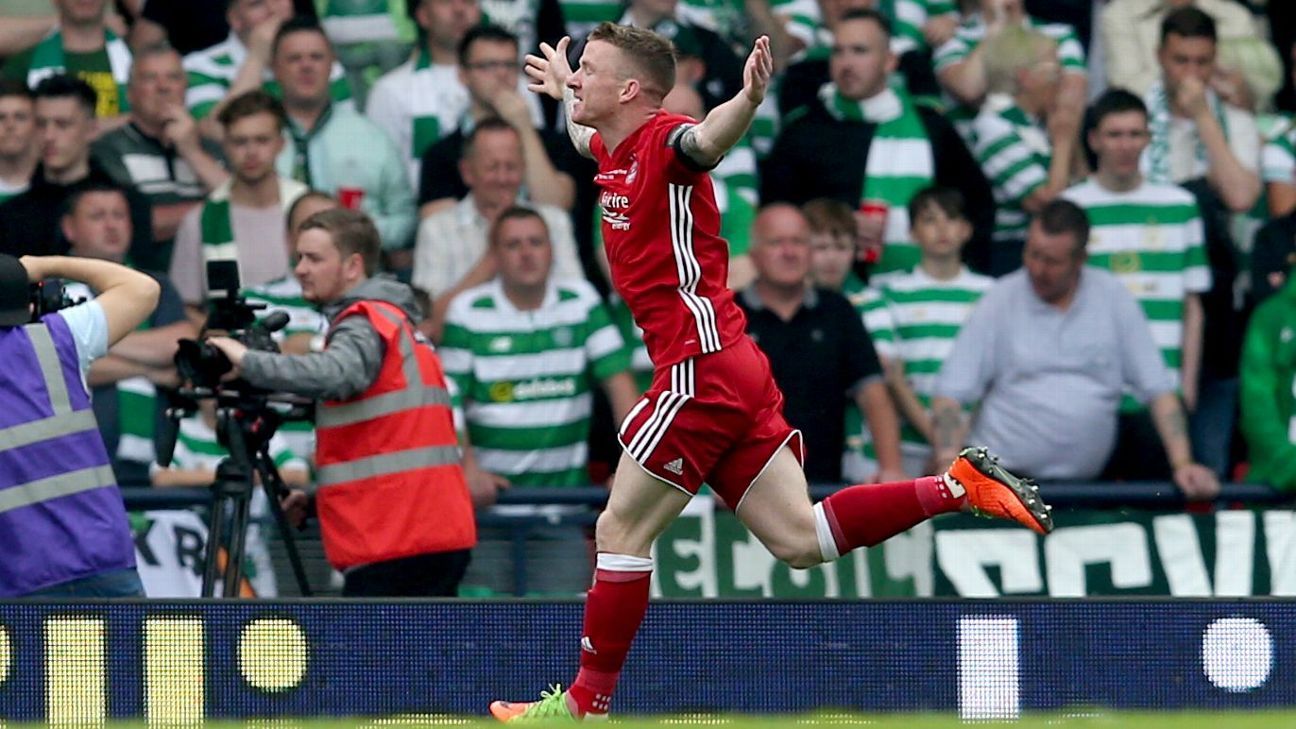 
Jonny Hayes, the only non-Celtic member on the Scottish player of the year shortlist, joined the champions in a move from Aberdeen on Saturday.

Celtic signed Hayes. who opened the scoring against the Hoops in the Scottish Cup final last month before ending up on the losing side, on a three-year contract

Ryan Christie will join Aberdeen from Celtic on a season-long loan. The deals were announced on the Scottish Premiership champions’ official website.

Hayes has been a key player for the Dons since joining them from Inverness in 2012.

“I’m delighted,” he told Celtic’s website. “It’s been in the pipeline for a little while now but I’m pleased to finally get here. I was eager to get it over the line for the last few weeks.

“Celtic have done well over the last few seasons and with the manager [Brendan Rodgers] coming in last year he raised the level again. It was hard last year seeing all the celebrations and all the stuff on social media and you want that for yourself and to be part of it.

“Now it’s my chance and hopefully, going forward, I can create my own little bit of history and take the chance I’ve been given.”

Hayes admits the prospect of playing Champions League football was one of the big attractions of moving to the Glasgow giants.

“Whether you’re a football fan or not, everybody knows about the atmosphere of Champions League nights at Celtic Park. I’d be lying if I said I didn’t want a part of that.”