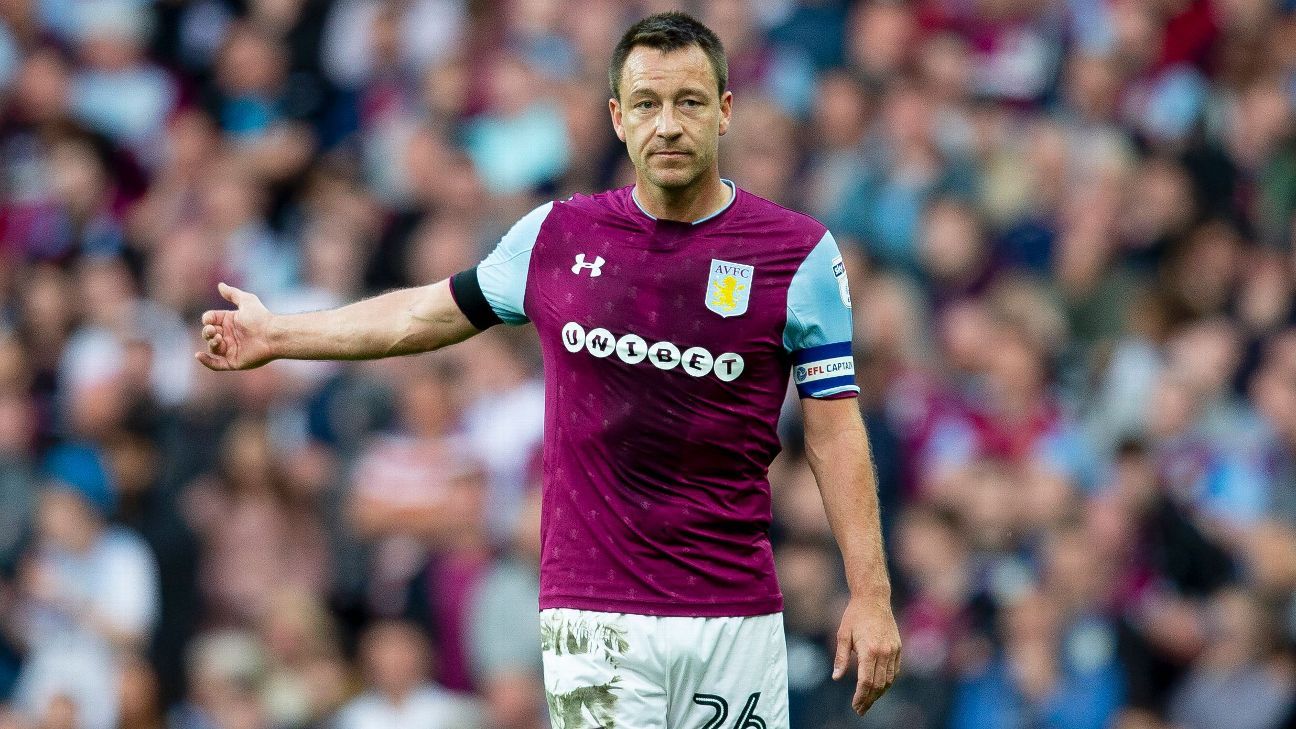 
Controversy has, once again, found John Terry, as the veteran defender prepares for what could be his final match for Aston Villa in the Championship playoff final against Fulham on Saturday.

Suggestions that the 37-year-old, out of contract this summer, could sign a 12-month extension at Villa with a clause that exempts him from facing former club Chelsea in the event that they win promotion to the top flight sparked widespread bemusement and derision.

Sources have told ESPN FC that the Premier League would resist any such contractual arrangement, but Villa have been angered by what they view as a misrepresentation of what manager Steve Bruce had to say on the matter in a news conference on Thursday.

Bruce made a tongue-in-cheek remark that he wouldn’t pick Terry against Chelsea next season if the defender wasn’t comfortable playing against the club where he won 15 major trophies during a 19-year stint.

In subsequent dialogue with the Premier League, Aston Villa insisted that Bruce’s comment was made in jest and denied any suggestion that a clause exempting Terry from facing Chelsea would be put into any extension that he might sign.

Amid all the discussion that followed, seemingly the only person not to offer an opinion on the idea was Terry himself. The 37-year-old appears to have decided to block out any external distractions as he trains ahead of Saturday’s game.

It is certainly true that Terry has been less than enthused by the prospect of playing against Chelsea in the past; he turned down offers from several Premier League clubs to join Villa last summer in part to avoid the possibility, while the profile picture on his official Instagram account is an image of him lifting the Premier League trophy at Stamford Bridge.

Shortly after his move to Villa was confirmed last July, Terry said: “Playing against Chelsea just doesn’t sit right with me, to be honest.

“Whether that’s different in a year’s time, I don’t know. The raw emotion of leaving the club after so long there … [playing against them] just didn’t sit right with me.

What is less clear is how he feels about it now. Terry has become a popular and crucial figure on and off the pitch at Villa this season, making 32 appearances in the Championship and helping the club to the brink of promotion.

“He is a great leader of men, which we don’t produce many of anymore,” Bruce said of Terry on Thursday. “In a quiet way, he is not a ranter and a raver, he is not one who puts heads through doors. He hasn’t exceeded expectations. I just knew what he would give.”

It will be fascinating to see how Terry responds to the questions he will face about Chelsea if Villa are victorious at Wembley on Saturday, but this week’s talking point will prove moot if he and Bruce don’t find a way past Fulham.