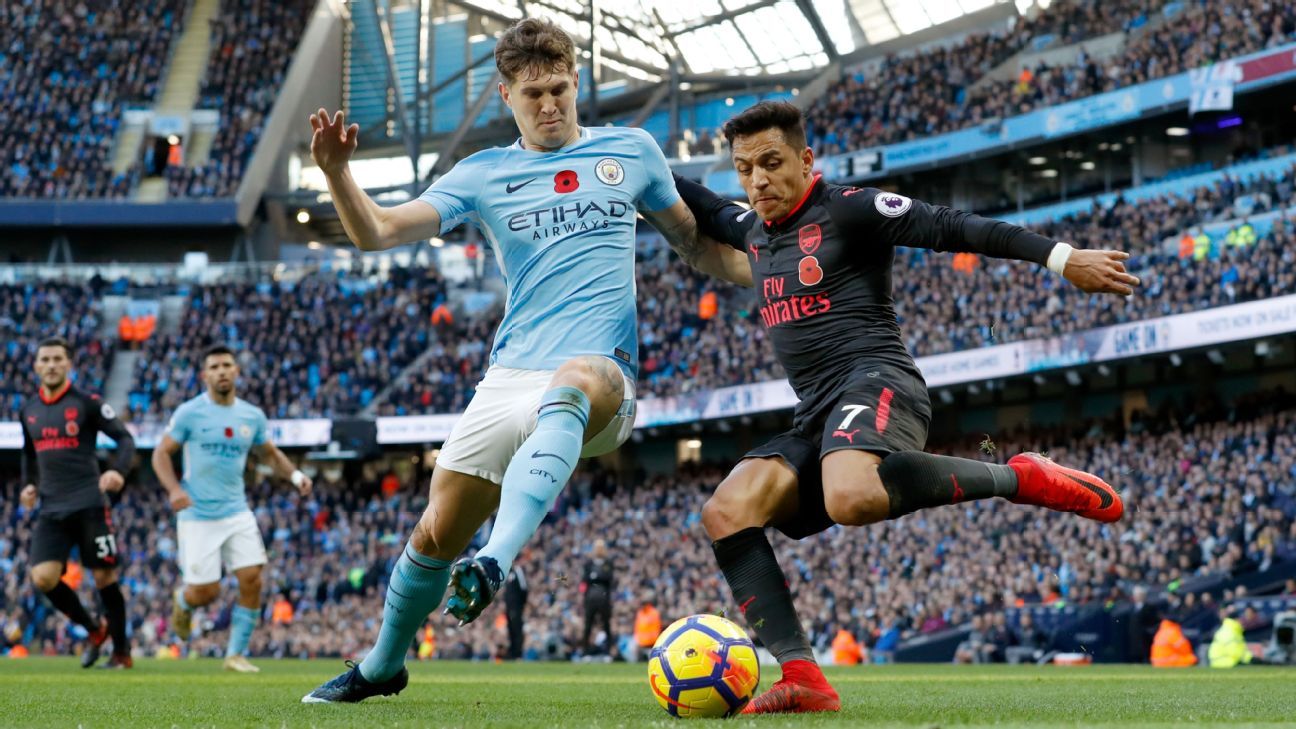 
MANCHESTER — John Stones is loving life at Manchester City but the England defender believes he can get even better.

City extended their lead at the top of the Premier League to eight points on Sunday with a 3-1 victory over Arsenal as rivals Manchester United slipped up at Chelsea.

Stones, 23, has been in great form this season with City conceding just seven goals from their opening 11 matches but he believes he can get even better.

“It’s a compliment to ourselves that we have set that standard and want to keep at it,” he told reporters. “It’s almost impossible to do that every week and you might have a few percent down but as long as we give our all and the fans can see that, we won’t go far wrong in how we defend and attack, and the commitment is never questionable.

“As defenders we want more clean sheets and we should have had one against Arsenal — but we have stopped a top-quality strike-force really. We kept them to minimal chances.

“It’s 100 percent about enjoyment as well. It’s a joy to play in this team, and when you are winning and the boys are playing as they are, it’s hard to describe.”

Stones has struck up a strong relationship at the heart of the defence with Argentinian centre-back Nicolas Otamendi with the pair starting all-but one of City’s 15 Premier League and Champions League matches together.

But that partnership will be split up for City’s next fixture after the international break away to Leicester City when Otamendi is suspended although Pep Guardiola hopes to have captain Vincent Kompany back from injury.

“It’s massive if we lose anyone through injury or suspension,” Stones added. “Every player, either playing or on the bench, is vital to us with the amount of games.

“With the rotation of the squad we all know everyone has a part to play in the season, no matter who it’s against.

“I didn’t know he was suspended but he’ll be a big miss because I’ve enjoyed playing with him and we’ve had a good run so far.”

City have made the best ever start of any Premier League club to a season with 31 points from a possible 33.

Last season they won their opening 10 matches in all competitions before their season disintegrated but Stones hopes they have learnt from that disappointment.

“A lot of it is down to the preparation and post match,” he added. “The recovery we do, how we go about things in the few days before the next game, the staff keep us fit and healthy and keep that mental state, the winning run.

“That comes from everyone, the hunger, the fight — the boys have won titles and are hungry to do it again. That’s driving us on.

“For people like me who haven’t won anything it’s all about progressing, getting as many points as we can and hopefully to achieve our targets which is to get silverware.”