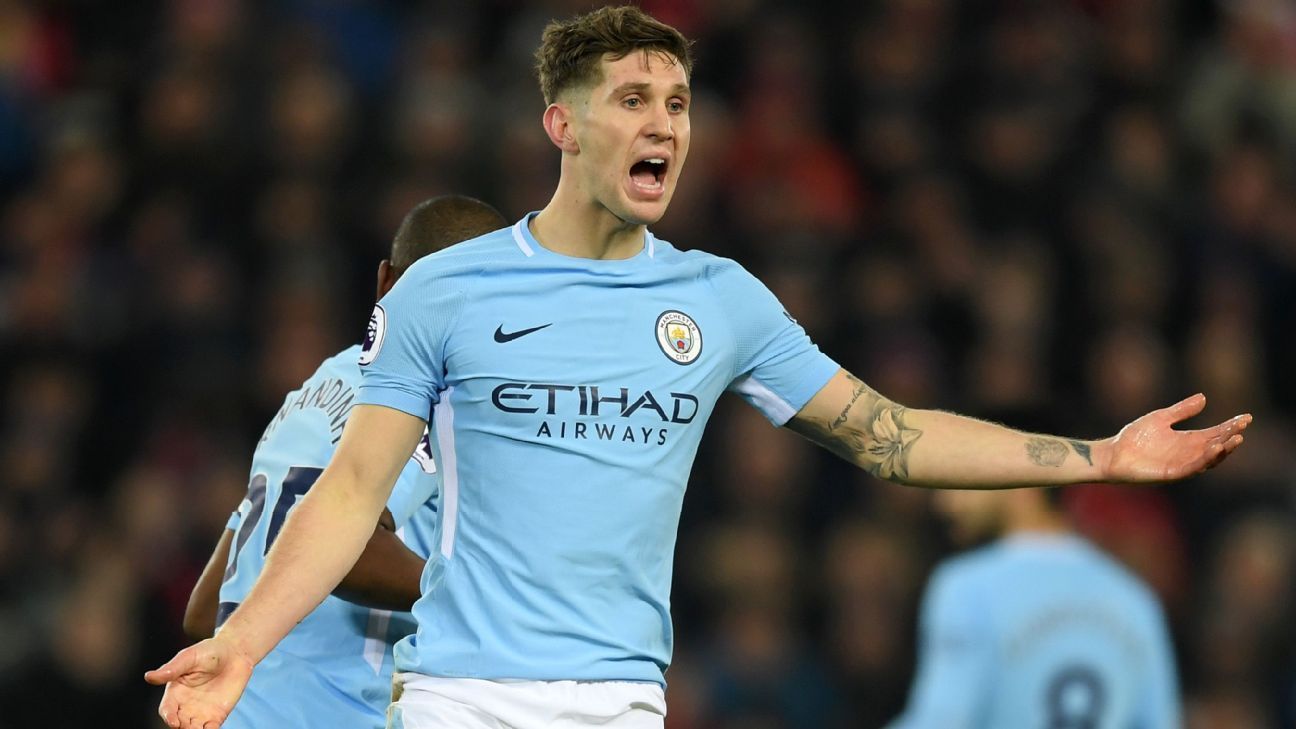 
When Manchester City travelled to Leicester in November last year, visiting fans were most concerned about Vincent Kompany. Making his first start since limping out of a World Cup qualifier the previous August, there were worries that the Belgian international defender was not only going to be rusty, but also susceptible to yet another muscle problem.

In hindsight, though, it turned out to be the match that turned John Stones’ season on its head. Until then, he’d barely put a foot wrong and formed a formidable partnership with Nicolas Otamendi at centre-back. Stones was the player that City fans thought they were getting last season, not the one who had looked nervous and shaky when trying to play the ball from the back.

Chasing down a ball over the top and providing cover for goalkeeper Ederson, who cleared the danger, the defender pulled up and clutched his hamstring. He would miss six weeks and, since his return at the start of January, has made more errors than in the four months or so leading up to his injury.

The problems began in a 4-1 FA Cup success vs. Burnley when he sliced a high ball, which admittedly was at an awkward height, directly behind him. It sent Ashley Barnes clean through on goal and the striker belted an effort past Claudio Bravo.

Then Stones tried to make up for Eliaquim Mangala’s mistake in the League Cup semifinal first leg against Bristol City, but ended up chopping down Bobby Reid in the box. The visitors converted the penalty, though Pep Guardiola’s side turned it around in the last minute to win 2-1.

In the following match vs. Liverpool, however, City couldn’t undo the mistake. Losing at Anfield didn’t have a detrimental effect on the club’s title bid — they were still well clear at the top of the table despite the defeat — but the first loss of the campaign escalated out of control in a wild 10-minute spell, which was sparked by a Stones error.

Having got his feet in a muddle under pressure from Roberto Firmino, the 23-year-old gave up possession on the corner of the box. The striker finished superbly with a chip, but the chance should have been prevented by Stones. Liverpool scored two more goals in the subsequent nine minutes and City’s late fightback was not enough to prevent a 4-3 defeat.

Stones was slowly to find his feet in the weeks after, which included City being stunned at Wigan’s DW Stadium in a 1-0 loss in the FA Cup fifth round. He didn’t make the mistake that cost Guardiola’s side — that’s on Kyle Walker’s shoulders — but he did set the tone for the state of the defence.

There were more than a few occasions in the first half when Stones — and Aymeric Laporte alongside him — backed off and allowed Wigan forwards to get to the ball first. It’s out of keeping with how he and his colleagues had been performing all season and the most striking example of the indecisiveness the defender has shown since returning from injury.

Had those situations come up in the autumn, Stones would have had no second thoughts about stepping out of defence and controlling the ball, pushing it past the on-rushing striker if needed, then rolling it to a teammate. It’s a mark of how undermined his confidence is because, for a short spell at the beginning of the season, the defender was the best in the Premier League.

For big games, Guardiola’s preferred axis is Kompany and Otamendi and, while it’s great for fans to see the captain back in the team and looking well following a string of injury layoffs, it’s a concern that Stones hasn’t been able to settle.

He’s in a Catch-22 situation: He needs games to find his for, but isn’t likely to play in upcoming matches against Liverpool or Manchester United as City bid for European progression and confirmation of the Premier League title.

There are no long-term concerns about Stones but, after several months feeling on top of the world, there’s a danger the centre-back’s season could fizzle out.