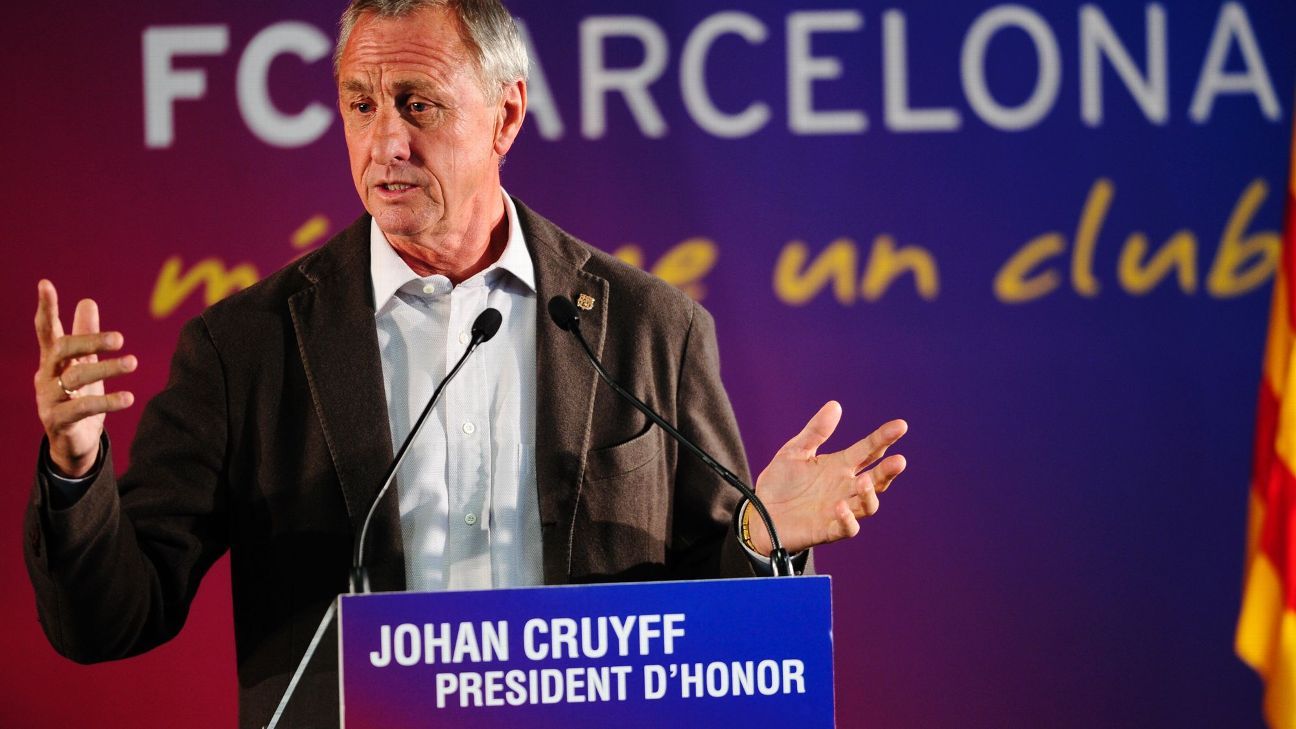 
Barcelona president Josep Maria Bartomeu says Johan Cruyff “would be delighted” to have a ground in his honour after the club officially launched the construction of the Johan Cruyff Stadium on Thursday.

The stadium, which is being built at Barca’s training centre in Sant Joan Despi, will hold 6,000 supporters and will cost around €19 million to build.

Once ready, sometime before 2021, it will replace the Mini Estadi, which is next to the Camp Nou, as the home ground for Barca B, Barca’s women’s team and the under-19 side when they play in the UEFA Youth League.

Thursday’s event was attended by Cruyff’s family — with the exception of Jordi Cruyff due to professional commitments — Barca president Bartomeu and first-team players Andres Iniesta and Gerard Deulofeu.

A clear plastic time capsule filled with different objects was deposited into the ground on the exact site where the stadium will be built.

“It’s a very symbolic day for us and I want to pay special thanks to Dani [Cruyff] and her family [daughters Chantal and Susila] and the team from the Johan Cruyff Foundation,” Bartomeu said. “The Johan Cruyff Stadium will be the emblem of the training centre.

“Jordi’s already said that his father would be delighted that this stadium, which represents the passage to professional football, is carrying his name. It’s a stadium which will not just strengthen the club’s heritage, but it will also strengthen the club in a sporting manner.”

Barca say it is fitting to name the stadium after Cruyff, who passed away in 2016, because he “was the main driving force behind the club’s style of play and its youth academy-based approach.”

Cruyff spent five years at the Camp Nou as a player in the 1970s before returning for an eight-year stint as coach, guiding the club to their first ever European Cup in 1992.

He left his role as coach in 1996 but remained a hugely important figure at the club and his legacy has been felt ever since.

After his death last year at the age of 68 from lung cancer, another of his former clubs, Ajax, announced that they would change the name of their home stadium from the Amsterdam ArenA to the Johan Cruyff Arena.