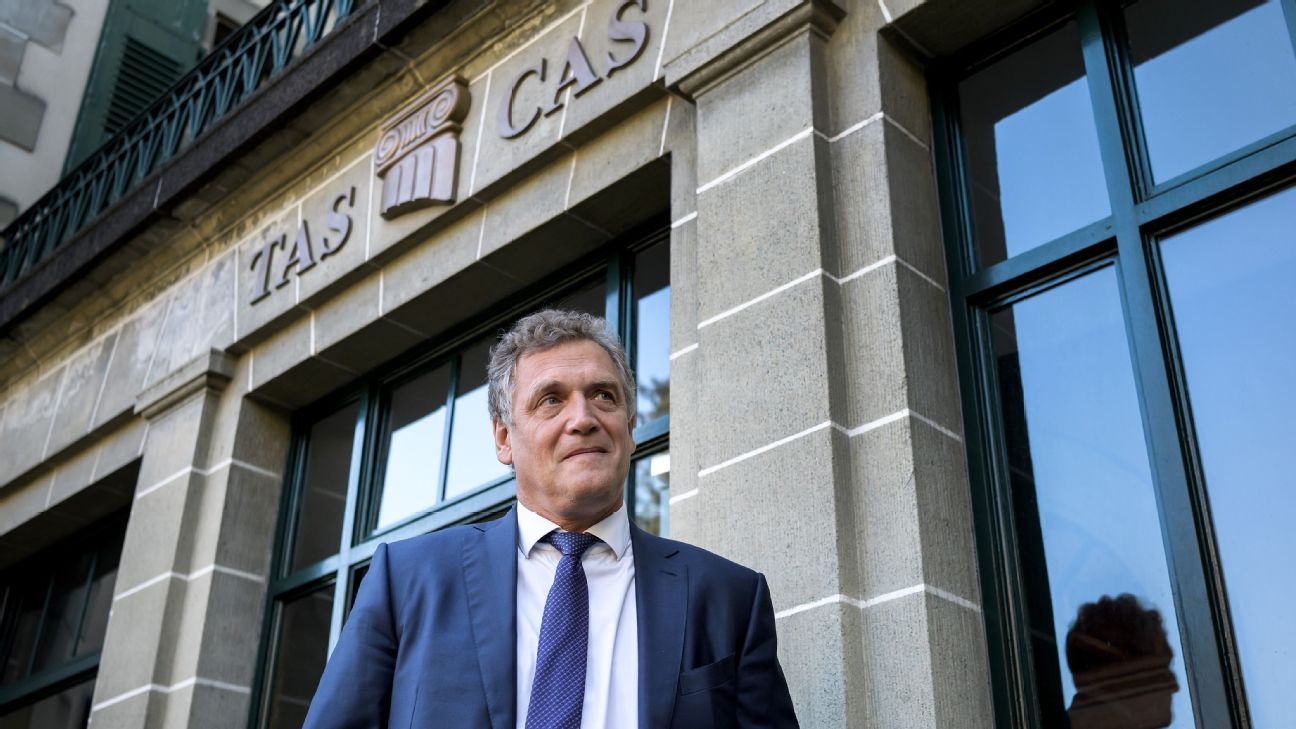 
Former FIFA secretary general Jerome Valcke has responded to the announcement of a criminal case for suspected bribery linked to World Cup broadcast rights against Paris Saint-Germain’s Qatari chairman and CEO Nasser Al-Khelaifi and himself by Swiss federal prosecutors.

Speaking with French publication L’Equipe, Valcke, who is currently serving a 10-year ban from FIFA for financial wrongdoing and abuse of expenses, said “there is a strong desire to bury me, if that has not been done already.”

“This latest case relates to a charge that claims that I received benefits, notably from Nasser, in exchange for the rights at a price below the Middle East’s regional market value,” he added. “This is untrue — I never did that. I have never received something in exchange for something else. I refute these accusations against Nasser and I.

“The Swiss prosecutors say that there were payments made by Nasser to me regarding the sale of the rights at a preferential price. However, I received nothing from Nasser — I can assure you of that. This enquiry does not correspond to reality. There was never an exchange between Nasser and I. Never.”

Valcke, 57, is alleged to have received “undue advantages” from “a businessman in the sports rights sector,” who has not yet been identified, to award “media rights for certain countries” for four World Cups from 2018 through to 2030.

“Everything regarding the negotiation of television rights has always been done by the department concerned and the final decision was still in the hands of FIFA’s financial and executive committees,” Valcke said. “It was not my choice nor my decision — I never had the power to make these sorts of transactions without them being validated. Justice will prove that there has been no collusion nor corruption.”

Regarding Le Monde’s claims that his son was a paid employee of PSG, Valcke did not deny that he was paid by the French club for at least three months, but said that it has nothing to do with the investigation.

“This is nonsense,” Valcke said. “Everything is getting mixed up. There is nothing to see here. I believe that my son was a PSG employee for three months. This must stop. It is ridiculous.”

In a separate response to Le Monde, Valcke stated his desire to clear Al-Khelaifi of any wrongdoing and also his own innocence.

“There was never any incentive given by Nasser, whose name I wish to clear, regarding the granting of television rights,” Valcke said. “I did not have the power to decide this, nor was I part of the negotiations. Besides, any signed agreement had to be validated by the executive committee and the financial commission — FIFA’s organs.”

The case stemmed from a wider investigation of FIFA’s business that saw criminal proceedings opened against Valcke in March 2016.

Valcke was FIFA’s CEO-like secretary general under then-president Sepp Blatter from 2007 until he was fired in January 2016.

The French former TV presenter was in Switzerland on Wednesday to testify at the Court of Arbitration for Sport in his appeal hearing against his 10-year ban by FIFA.