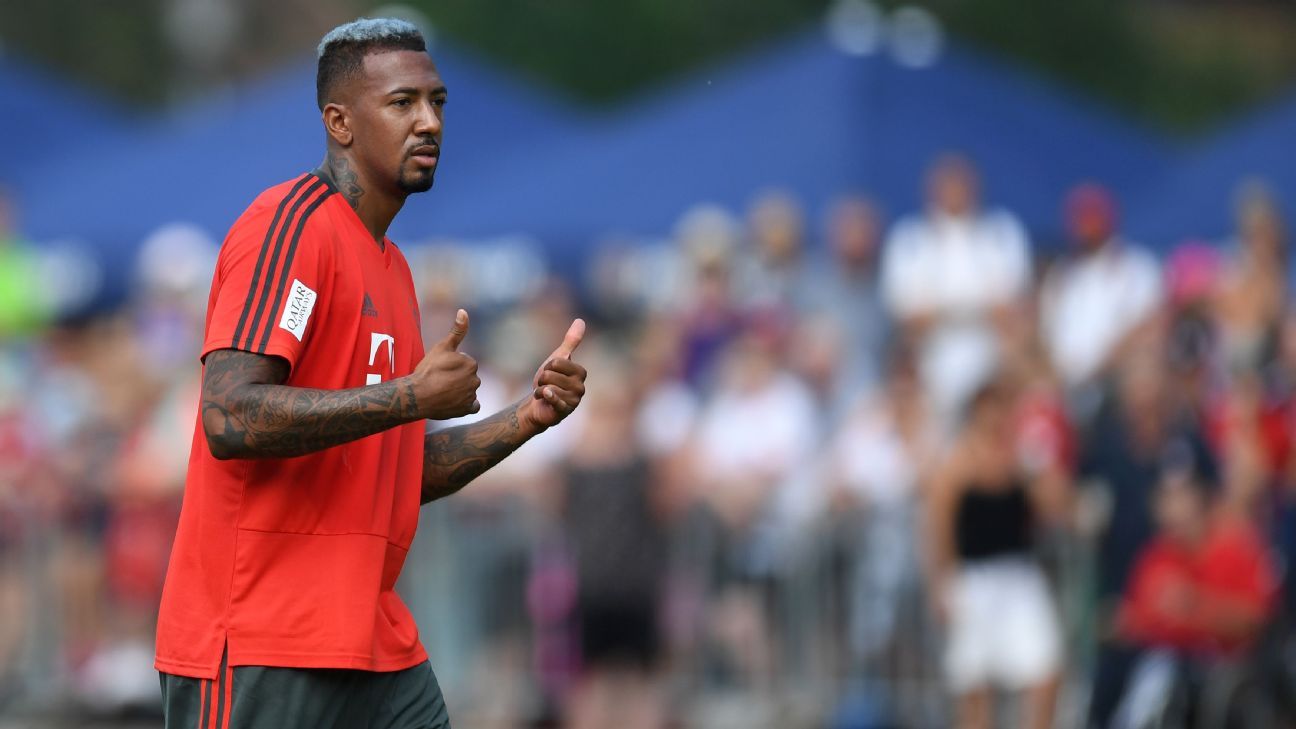 
Jerome Boateng has said he came close to leaving Bayern Munich in the summer and called for more support from the club’s hierarchy after feeling let down in the wake of criticism following Germany’s World Cup exit.

Boateng, 30, was linked with Manchester United and Paris Saint-Germain after looking for a new challenge having spent seven years with Bayern.

“[PSG] was a concrete option, my family also knew about it,” Boateng said.

Calling the talks with former Borussia Dortmund coach Thomas Tuchel “very good,” he added: “We talked about how he thinks about football, what his idea at Paris is and also which role I’d have in there. And I must admit: I really liked what I heard.”

When the transfer collapsed during the final days of the transfer window, Boateng “needed one or two days to digest and reflect it,” but has turned his mind off a transfer for now.

“In football, you can never know what happens in the future,” he said. “But now, my focus is clearly on Bayern.”

Boateng will seek talks with Bayern president Uli Hoeness and CEO Karl-Heinz Rummenigge regarding the perceived lack of support they showed him following Germany’s World Cup exit in the group stage.

“I don’t think it’s nice that when the public asserts things and you don’t get any public support from the club,” Boateng said.

“What I found really annoying where those statements after the World Cup. It was nearly funny: It was said that I was not fully focused because I wore sunglasses and ear rings in the stands during the South Korea match.”

Although Boateng admitted that those allegations were not made by the Bayern hierarchy, he said: “As a player you sometimes wish for more public backing.”

“It’s about time to say something, especially after those sun glasses allegations at the World Cup. I don’t want to be criticised for wearing sun glasses in the sun.”