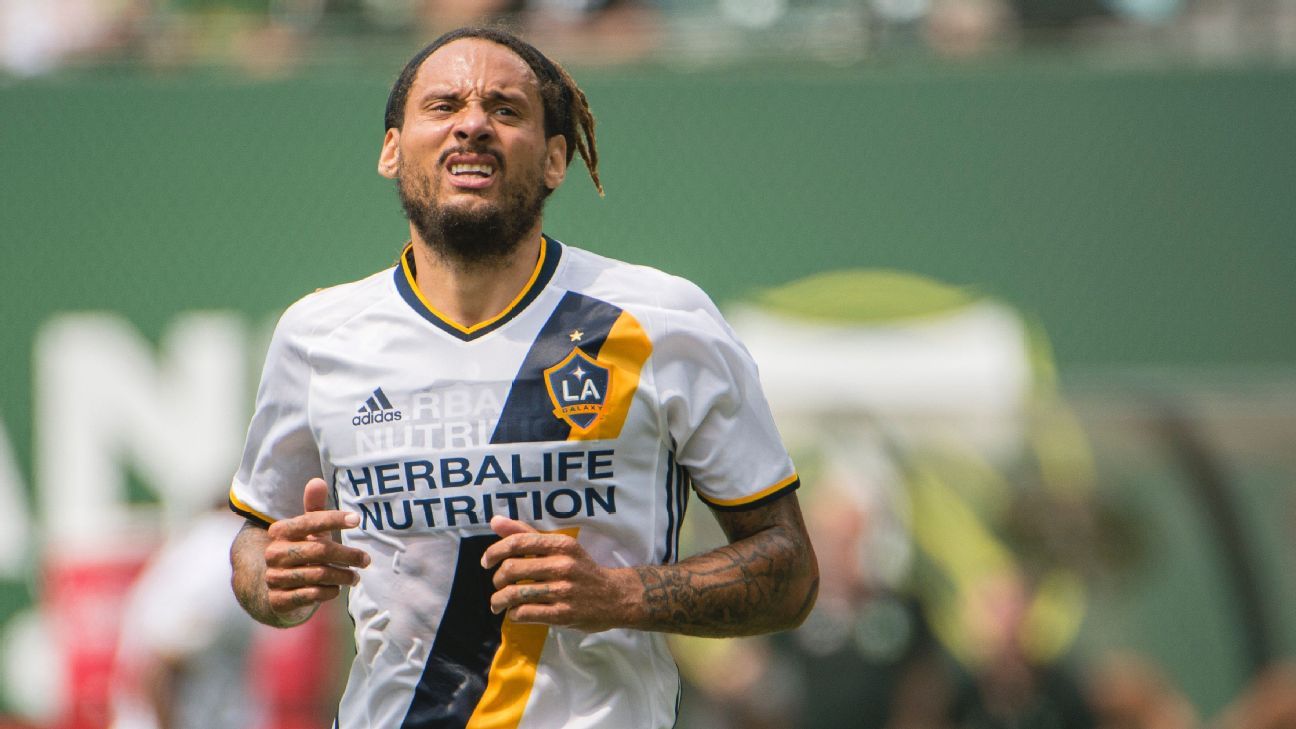 
Jermaine Jones took to social media on Friday to share his belief that up-and-coming talent in America needs to challenge themselves by playing in Europe instead of going straight into Major League Soccer.

Jones, who currently plays for LA Galaxy, has played on both sides of the Atlantic, including stints with Bundesliga clubs Bayer Leverkusen, Eintracht Frankfurt and Schalke, as well as Turkish side Besiktas.

He has also been a mainstay for the U.S. national team, although he wasn’t part of the squad that lost to Trinidad and Tobago on Tuesday that resulted in the Americans missing their first World Cup since 1986.

And Jones said in an Instagram Live video posted on Friday that one of the problems he sees is that the younger generation of U.S. players isn’t taking on the challenge of playing in Europe like the previous one had.

He said: “Now, I feel like we make it too easy for the younger generation. [They] have to be hungry too, to say, I want to play Champions League, in Italy, in Germany, in England, in Scotland, and battle day for day for your position. That’s not against MLS, but it’s good for our national team.”

Jones named players like Michael Bradley, Tim Howard, Landon Donovan, DaMarcus Beasley and Steve Cherundolo as examples of peers that took on the challenge of Europe before returning to play in MLS.

Jones himself was a beneficiary of a payday upon his return to the league when he signed with the New England Revolution in a deal reportedly worth $4.7 million.

The 35-year-old acknowledged the impact of Christian Pulisic, the 19-year-old who plays for Borussia Dortmund, and said he is setting the example for other rising stars in the American game.

He said: “Pulisic comes back, and everybody puts their hands up and say, this is the man, he has to bring us to the World Cup. But why is it only him?

“He’s 19, he decided with his family to go the hardest way, and he made it. But I want to see more kids hungry like that. Don’t go just the easy way.”

Jones used the example of Jordan Morris to illustrate his point, after the Seattle Sounders forward elected to play in MLS instead of taking his chance with Werder Bremen in the Bundesliga. Jones said former U.S. manager Jurgen Klinsmann asked him to help persuade Morris to pick the Bundesliga over MLS.

Jones said Morris told him: “I want to go home, my dad is a doctor in Seattle, and my mom, they bought me and my girlfriend a dog.

“Really? Why you go the easy way when you have the chance?”