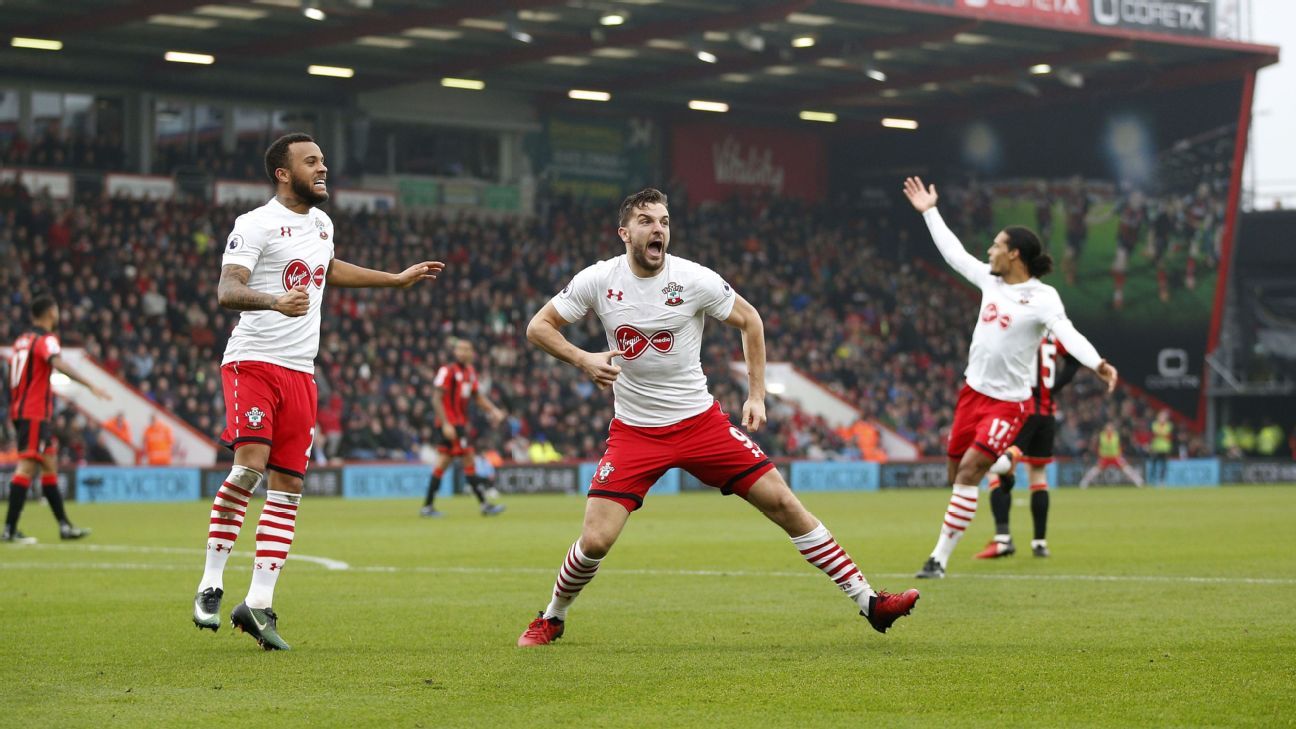 
West Bromwich Albion have completed the signing of Jay Rodriguez from Southampton.

Sources told ESPN FC earlier this week that the two Premier League clubs had been in talks over a £12 million deal for Rodriguez.

West Brom confirmed the transfer on Sunday for an undisclosed fee, with the striker signing a four-year contract at The Hawthorns.

A club statement read: “Albion can confirm their first signing of the summer of 2017 with Jay Rodriguez joining the club from Premier League rivals Southampton.

“The 27-year-old forward has signed a four-year contract for an undisclosed fee.”

West Brom had attempted to sign Rodriguez in the past and he says he is delighted to have finally made the move.

“After one or two near misses I’m absolutely buzzing to be here,” Rodriguez told West Brom’s official website.

“The most important thing for any player is to be wanted — and Tony Pulis and Albion have made it clear just how much they have wanted me to join. That’s fantastic for any footballer to hear. I’m genuinely delighted to be joining a club of Albion’s stature. The team is full of top players and it’s pretty clear that they are also a great set of lads.”

West Brom chairman John Williams added: “I am delighted to welcome Jay to The Hawthorns. We tried to sign him during the previous two windows and it’s third time deal done. Our persistence has been rewarded. Jay is a proven Premier League striker, an England international and a player who will give Tony more attacking options.”

Rodriguez joined Southampton from Burnley in 2012 and went on to make a total of 126 appearances for the club while scoring 35 goals.