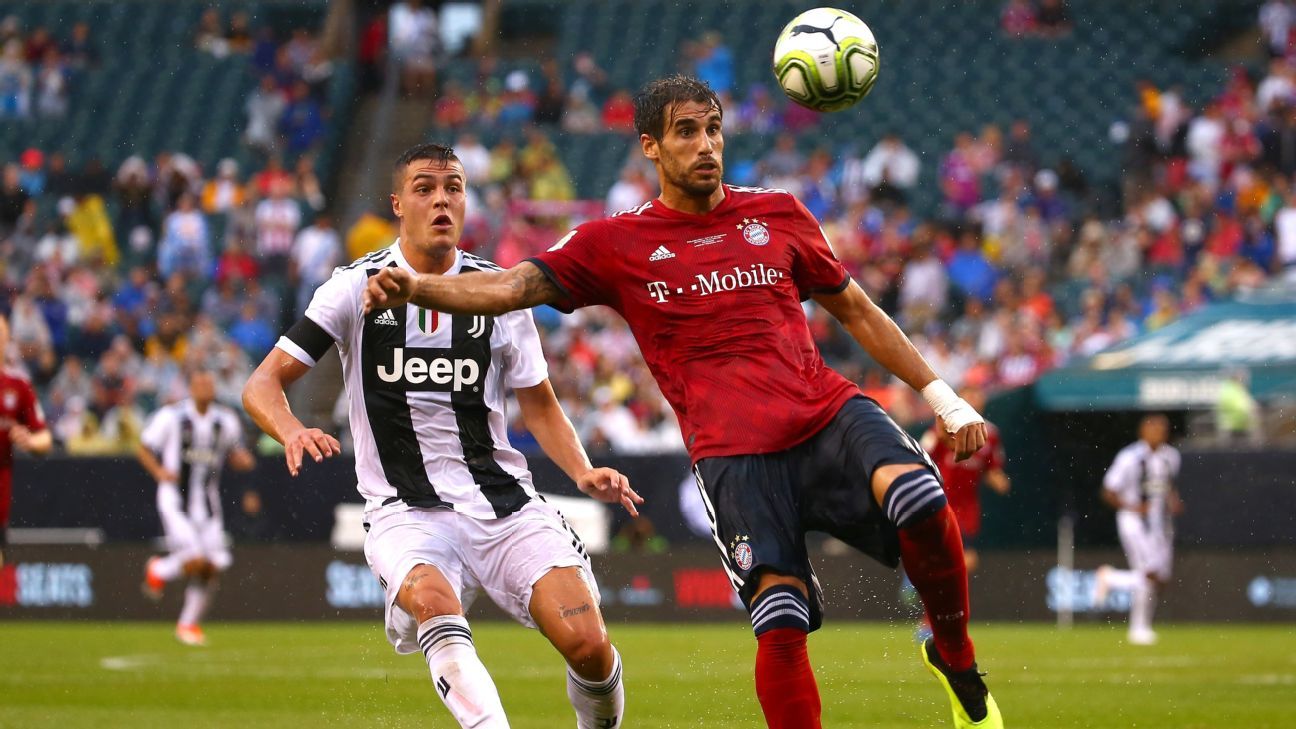 Bayern have reached three semifinals and one quarterfinal since winning the trophy for the fifth time in 2013.

Martinez, part of a Bayern Munich side vying for a seventh Bundesliga in a row this season, says adding a sixth Champions League success is the main aim, but is wary of the threat posed by Ronaldo following his move to Juventus.

“When you are playing for Bayern Munich, you have to always [intend] to get all the titles possible. First, we want to fight for the Champions League,” Martinez told ESPN FC’s Alexis Nunes in an exclusive interview on Bayern’s tour to the United States.

Regarding the threat posed from Europe’s best in the Champions League, Martinez said: “I think Juve are doing very well, with Cristiano and with other players. They are signing very good players. Of course, the Spanish teams are always there, always very tough.

“Messi. Wherever Messi is a big favourite. Also, the English teams. You saw in the World Cup English football is growing up very, very, very quick. And, of course, I think Bayern is one of the favourites. Always, we have a very good team. We have a new coach. We have a new perspective.”

Jupp Heynckes was the last manager to lift the Champions League with Bayern and Niko Kovac replaced him earlier this summer following Heynckes’ second retirement.

“All the trainers have their own look on different tactics, different concepts. So, yeah, with Niko I think we are going to continue on the same line with Jupp or with Carlo [Ancelotti],” Martinez added.

“We’re going to try to keep the ball, to not concede opportunities to the opposing team. Yeah, I think we are going to play very well with this coach because we are training very well, we are good things. I can’t wait to start the competition.”

Bayern face former manager Pep Guardiola on Saturday in the International Champions Cup and Martinez hopes to shake off an injury in order to face Manchester City.

“I got hit in the back. It hurts a little bit, but I think the progress is going good,” I hope on Saturday I can play — these kinds of games are perfect for us. All the best teams in Europe, their prestige, to play against them is good. We feel at home here.”