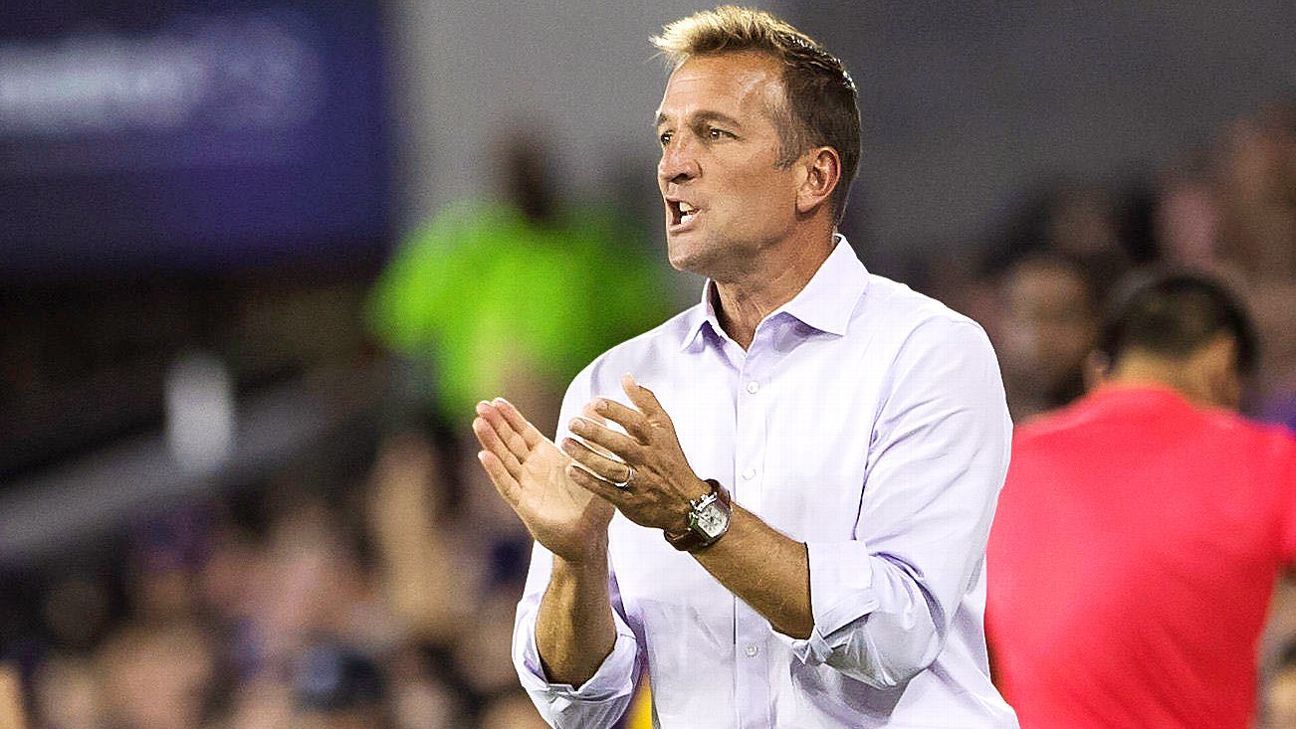 Just days after RSL lost the 2013 MLS Cup final on penalty kicks, and despite a proven core seemingly primed to contend for years to come, longtime coach Jason Kreis summoned his players to his home to inform them that he wasn’t renewing his contract. He loved Salt Lake, he assured his dinner guests, but it was time for a new challenge.

Salt Lake is currently the worst in MLS in points per game (0.94), losses (11) and goal-difference (-20). The firing of Jeff Cassar, Kreis’ successor and former assistant, just three matches into this season, has not provided the intended spark. There are caveats — injuries and international absences foremost among them — and with a slew of talented youngsters breaking through, RSL could be decently positioned moving forward.

Yet there’s little doubt that what was once MLS’ model small-market franchise has fallen on hard times. It has been less a free fall than a gradual, protracted slide. If it started with the departure of Kreis, it didn’t end there.

Attrition continued the following offseason when general manager Garth Lagerwey left for Seattle, and again that August, when president of soccer and two-time MLS executive of the year Bill Manning headed to Toronto. Few, if any, teams in the league could have successfully weathered that kind of brain drain.

It’s tempting to connect the dots between local entrepreneur Dell Loy Hansen assuming full ownership of the club in early 2013 and the bloodletting that followed. (Hansen hasn’t done himself many favors on the PR front, either, with the club infamously having pulled the credential of a journalist who was critical of the owner last summer.)

Yet most of those involved insist the departures were inspired less by clashing personalities than the allure of higher-profile gigs with bigger clubs. That dynamic was nothing new for RSL, from the front office to the roster itself.

So much of Salt Lake’s success was predicated on prioritizing the collective over the individual. “The team is the star,” became a rallying cry, and if it were cliche, it rang true about a squad filled with players who had been written off elsewhere. That ethos became harder to maintain with every consecutive playoff appearance, the 2009 MLS Cup title and run to the 2011 CONCACAF Champions League final, as castoffs turned into standouts.

“We thrived on being a team that could consistently punch above our weight,” Kreis told ESPN FC in a recent interview. “We were a victim of our own success. We could no longer be salary-cap compliant with all of those big players who had done so well.”

Kreis’ ambitions — as would Lagerwey’s and Manning’s later on — also began bumping up against the ceiling of what was possible at a club of RSL’s size. New York City FC, backed by the financial might of the New York Yankees and Manchester City of the English Premier League, represented an especially alluring alternative.

Looking back now, even after lasting just a single season in The Bronx before being fired and now coaching for his reputation in Orlando, Kreis said he has no regrets.

This is his second trip back to Rio Tinto as an enemy combatant, having visited with NYCFC in 2015.

“It was surreal,” said Kreis, who was Salt Lake’s first-ever player signing before becoming its coach. “It felt almost like an out-of-body experience. It was really, really odd to be sitting on the other bench, to be in the other locker room, to not be feeling the support of the fans. It was difficult, for sure.”

Difficult is a concise way to describe the path his former club has followed in trying to move on from Kreis’ far-reaching influence.

With Lagerwey still around and most of that aforementioned core still in place, Salt Lake returned to the postseason in 2014 only to get flattened by LA Galaxy 5-0 in the conference semifinals. RSL missed the playoffs a year later, and though it returned in 2016, it did so only because Portland choked on the final day of the regular season. RSL’s stay lasted all of 90 minutes before another elimination at the hands of the Galaxy.

Craig Waibel, who took over from Lagerwey as GM, has been open about how daunting it has been to follow the man he calls “the best general manager that’s ever been in Major League Soccer.”

“I would tell you very comfortably, and very confidently, that I’m still learning this position,” Waibel said.

This campaign has been bleak, a perhaps inevitable bottoming out. Salt Lake finds itself stuck between eras, with standbys such as Nick Rimando and Kyle Beckerman still hanging around and the next generation not quite ready to take the reins. RSL lost the first three games of the season, a stretch that cost Cassar his job, and a brief spike under new coach Mike Petke has since flatlined.

Waibel is frank: “We’re not where we want to be. That’s clear.” He’s also optimistic to a degree that feels misplaced at first glance, but more justifiable the deeper you dig. Injuries are a fact of life in any sport, but Salt Lake has been especially hard-hit. Friday’s match against Orlando is the first time all year RSL has had anything close to a full squad.

Waibel says he has the roster flexibility and financial means to make multiple “impact” signings during the upcoming summer transfer window, some of which could be completed within the next week.

Asked about the changing culture of the club, Waibel said he’d take it one step further: “It’s a new era of MLS.”

In the age of the Designated Player and targeted allocation money, it’s tougher to build on the cheap. In his playing days, Waibel won MLS Cups with Earthquakes and Dynamo teams stocked with overlooked players looking to prove doubters wrong.

“Salt Lake was built in a similar way,” Waibel said. “Salt Lake was successful because it had a chip on its shoulder. The teams with the most to prove seemed to do the best… We’ve entered a new realm. Building a roster is much different and much more difficult.”

RSL is aided on that front by a burgeoning group of prospects funneled through its highly lauded academy — whose new, $60 million, 132-acre facility is currently under construction in the suburb of Herriman, Utah. Justen Glad, Brooks Lennon and Sebastian Saucedo each represented the U.S. at the Under-20 World Cup last month, and six of the 11 players who started in San Jose last weekend (in what ended, granted, in a 2-1 loss) came through the club’s academy system.

It’s taken more than three years. RSL could very well come out the other side stronger for all the recent adversity. For now, the end game is still hypothetical.

On Friday night, the sight of Kreis in the opposite dugout will give an unhelpful reminder of how good things used to be, how far the club has to go to approach anything close to those former heights, and what could’ve been if the former coach had never called together that unhappy dinner party in the winter of 2013.