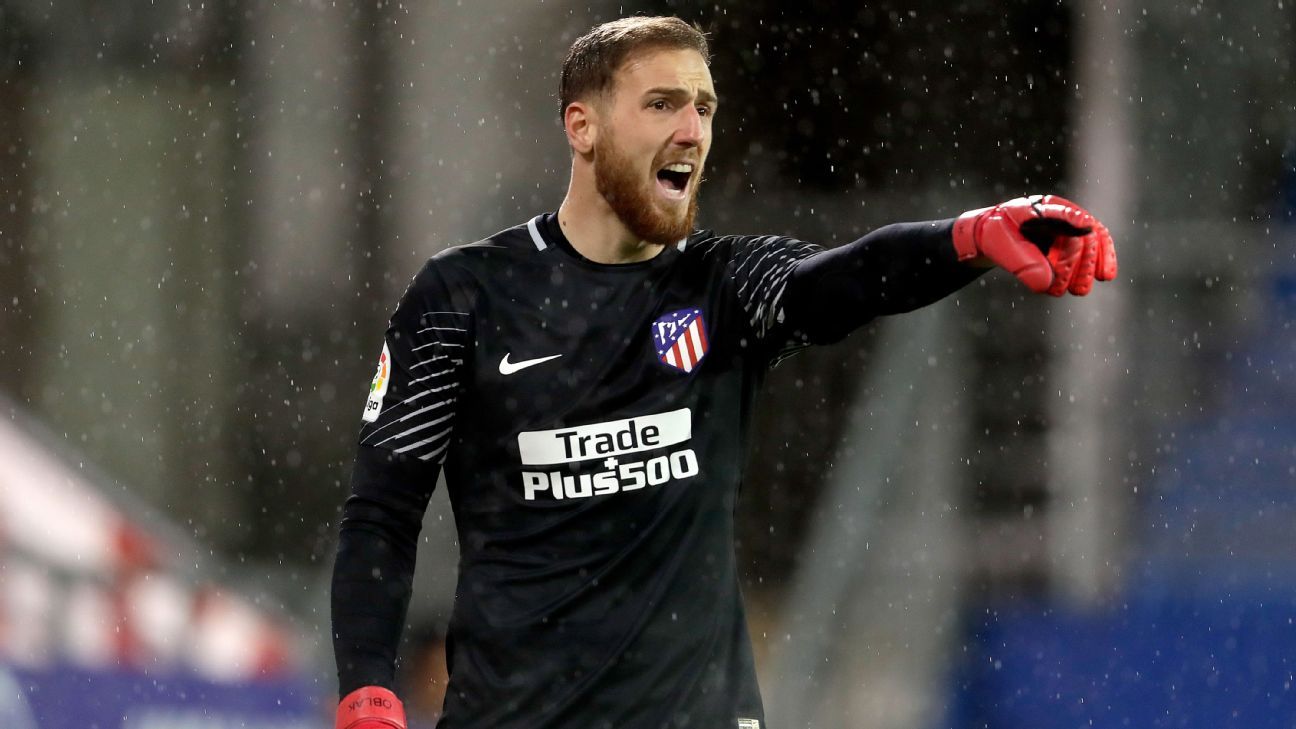 
Jan Oblak has said he cannot say what his situation will be next season as he waits on a new contract offer from Atletico Madrid.

Slovenia international Oblak, who has kept 86 clean sheets in 149 games since joining from Benfica in 2014, is reported to be interesting Paris Saint-Germain, Arsenal and Liverpool. Chelsea and Manchester United have also been mentioned as potential payers of his reported €100 million release clause.

Teammates Antoine Griezmann, Koke and Saul Niguez all signed long-term deals last summer, but in August Oblak said he could commit to just one more year after it was reported that talks had failed to reach a conclusion.

Speaking to Slovenian paper Ekipa, the 25-year-old said he was still waiting to hear about his club’s plans.

“About a new contract at Atletico I can only tell you one thing — there is nothing new,” he said.

“I know there have been many things written about how everything is agreed, and also the other way saying there will be no new contract. The only certain thing is that there is nothing new. I have a contract I signed two-and-a-half years ago.

This week, sources at RB Leipzig told ESPN FC that Atletico were one of the clubs monitoring Hungary international keeper Peter Gulacsi.