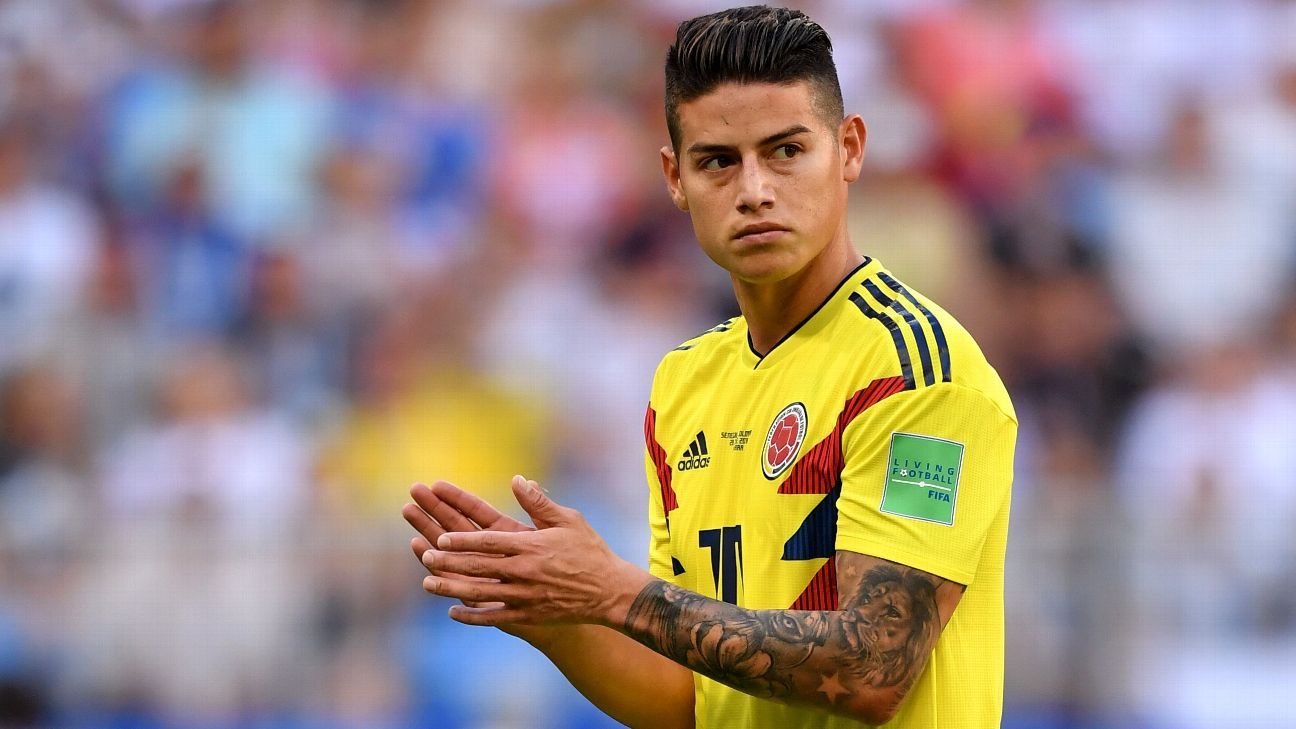 James Rodriguez will not leave Bayern Munich to return to Real Madrid a year before the end of his two-year loan, his agency, Gestifute, has told ESPN FC.

The forward joined Bayern last summer after falling out of favour with previous Madrid coach Zinedine Zidane, but the appointment of Julen Lopetegui after Zidane’s resignation in May has led to increased speculation that his loan would end prematurely.

Several outlets, including Marca and La Sexta, have reported that James is looking to return to Madrid, but Gestifute told ESPN FC there is no chance he can leave Bayern this summer because there is no option for either club to break the agreement.

Madrid will receive a €5 million loan fee for each of James’ two seasons away, with Bayern then having an option in 2019 to pay €35.2 million to make the move permanent.

After joining Madrid from Monaco for €80m following the 2014 World Cup, the Colombia international scored 36 goals and provided 39 assists in 111 appearances, winning the Champions League and Club World Cup twice and La Liga once.

James won the Bundesliga with Bayern last year and also noticeably did not celebrate when scoring at the Bernabeu as his current team were knocked out 4-3 on aggregate by Madrid in the Champions League semifinals.

Manchester United, Paris Saint-Germain, Chelsea and Juventus were all linked with a permanent move for James early last summer, with Madrid president Florentino Perez reportedly wanting a fee of at least €70m before agreeing the two-year loan with Bayern.