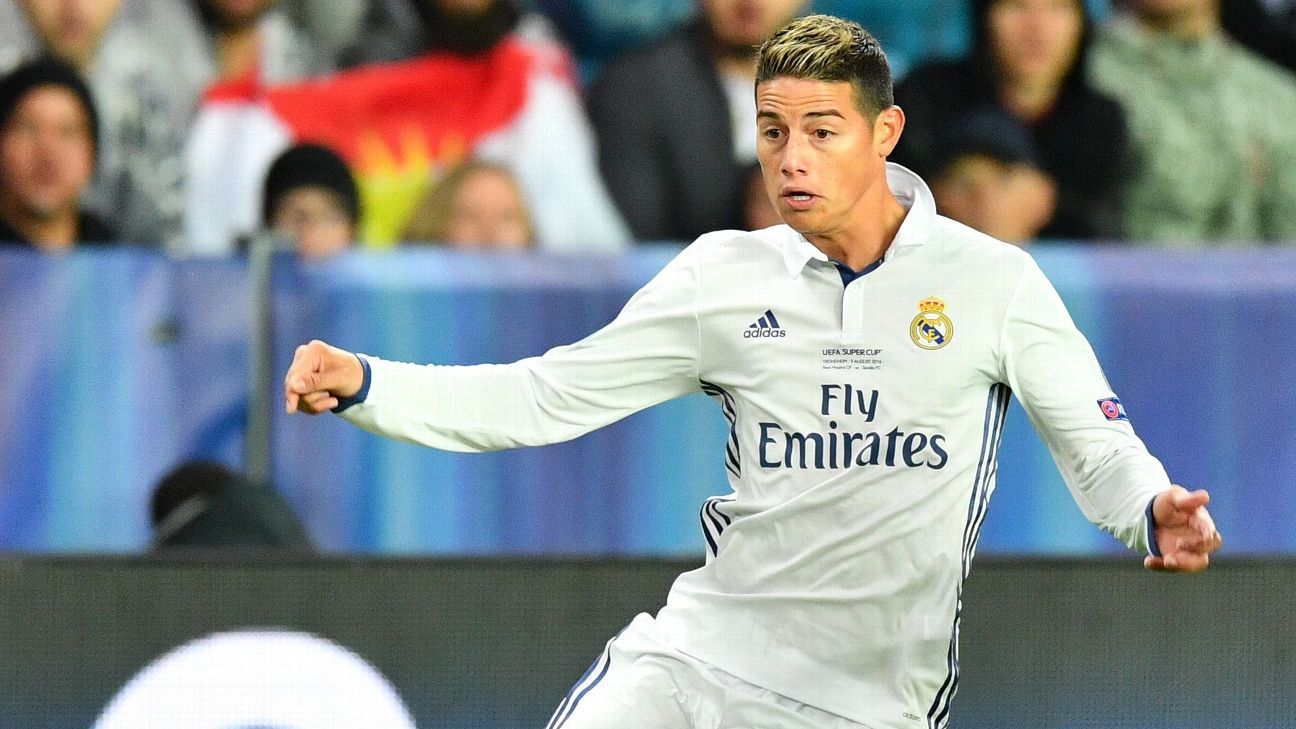 
James Rodriguez has thanked Real Madrid fans for their support during his three seasons at the club, as he joins Bayern Munich on a two-year loan deal including an option for a permanent purchase in June 2019.

James, 25, joined from Monaco for €80 million following a superb 2014 World Cup campaign, but, at times, was barracked by Los Blancos fans known for expecting a lot from the club’s expensive superstars.

However, the Colombia international was applauded from the pitch when substituted late in his last appearance at the stadium, a 4-1 win over Sevilla that kept Zinedine Zidane’s side on course for the 2016-17 La Liga title, although he was then not even on the bench in Cardiff as the team won their second consecutive Champions League trophy.

Following confirmation of the move to Bayern where he will reunited with former Madrid coach Carlo Ancelotti, he posted a tweet saying he was “full of gratitude” for how he had been received during his time in the Spanish capital.

“Dear madridistas I am full of gratitude, three marvellous years wearing this jersey with pride,” the tweet read. “I carry your affection in my heart. Wishing you success.”

The tweet came with a video showcasing some of the more spectacular of the 36 goals James scored in 111 Madrid games, on his way to winning seven trophies including two Champions Leagues and two World Club Cups.

“Since I arrived there have been great moments, unforgettable moments, thanks to everyone — James Rodriguez,” the video’s text read.

With James’ time at Madrid seemingly having come to a close, Madrid had been hopeful of getting a transfer fee of at least €70m this summer, with Manchester United and Chelsea among the clubs reported to have considered making a bid.

However, Bayern were the only club to firm up their interest, and according to Sport Bild reporter Christian Falk the Bundesliga giants will pay an annual loan fee of €5m and can then pay €35.2m to make the deal permanent in June 2019.

Marca adds that James’ full salary of €8m a year will be paid by the Bavarians during the loan period.