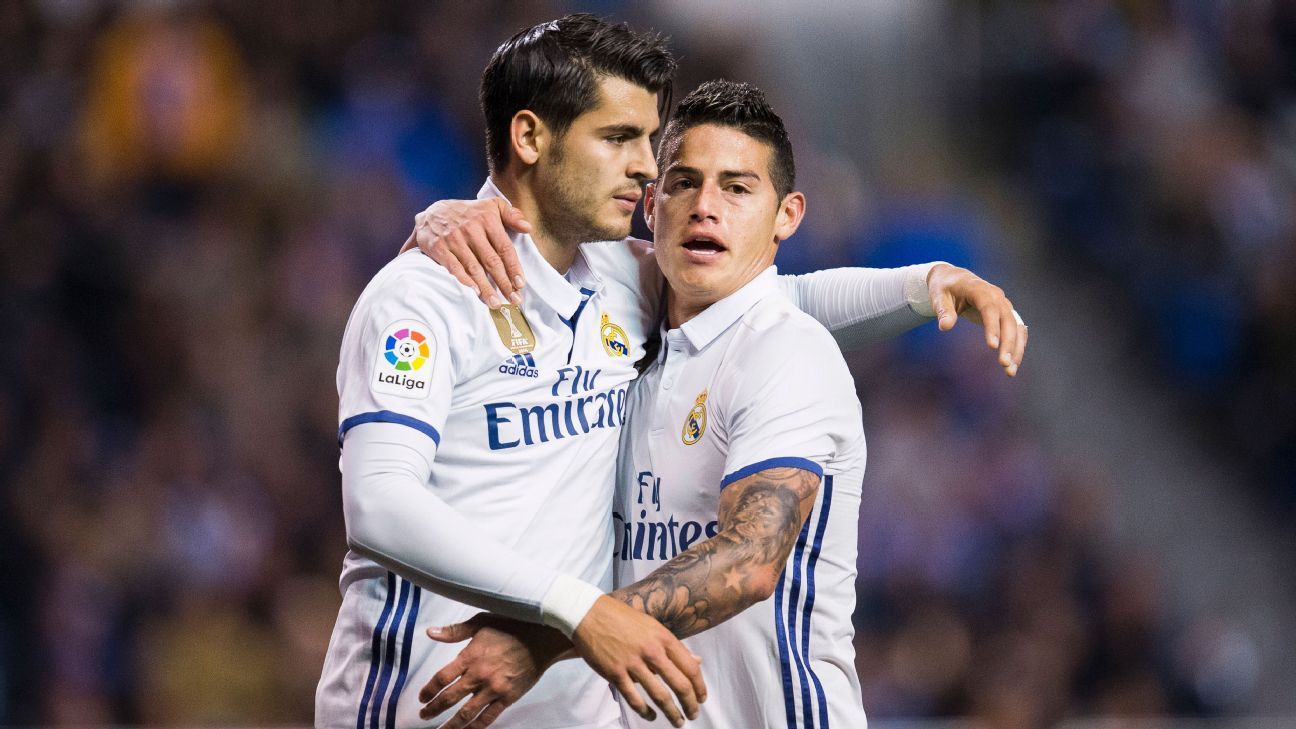 James played alongside the new Chelsea striker at Real Madrid and believes the Premier League champions have made a shrewd signing.

“Alvaro is an amazing player,” James said. “I think he will do very well at Chelsea. Even though he had limited game time with Real Madrid, he did amazing things, and I wish him all the best for this season.”

James is settling in well at his new club and believes he is approaching peak fitness before the start of the new campaign.

“Bayern is a really united team and I’m very happy to be part of it,” James said. “My physical conditioning is improving and we’re all ready for this week’s encounters.

“I came to Bayern because it’s one of the best teams in the world. I’m also happy to be here with a coach that really trusts me. I’m here to win titles and, with the help of my players and coach, we will do it.”

While James is enjoying working with the Bayern head coach, Ancelotti also expressed delight at sealing a loan deal for James — a player he has signed for the second time, having brought him to Real Madrid after his sensational performances for Colombia at the 2014 World Cup.

“James is a player who has fantastic quality,” Ancelotti said. “We can improve our linking play and he will give us better ability to do this and to play a better final ball to our strikers.”

Ancelotti was dismissive of suggestions that midfielder Arturo Vidal might leave, but seemed open to the idea that rumoured Manchester United target Renato Sanches might be on his way out.

“At this moment, Renato is training with us and working with us,” Ancelotti said. “I think when we have time to make a decision together, it is a possibility that he might move, but it is also possible that we will stay with us.”

Bayern are without a win in this year’s ICC, having lost on penalties to Arsenal before suffering an embarrassing 4-0 defeat to AC Milan in Shanghai on Saturday. But Ancelotti brushed aside the significance of the result against his former employers.

“Of course, no one is happy to lose 4-0, so we hope to see an improved performance against Chelsea,” Ancelotti said ahead of a game against another of his ex-teams. “It will be a big test for us, but the result is the last thing we are focused on. It is more about how we play. If I am under pressure now, I will be dead by the start of the season.”