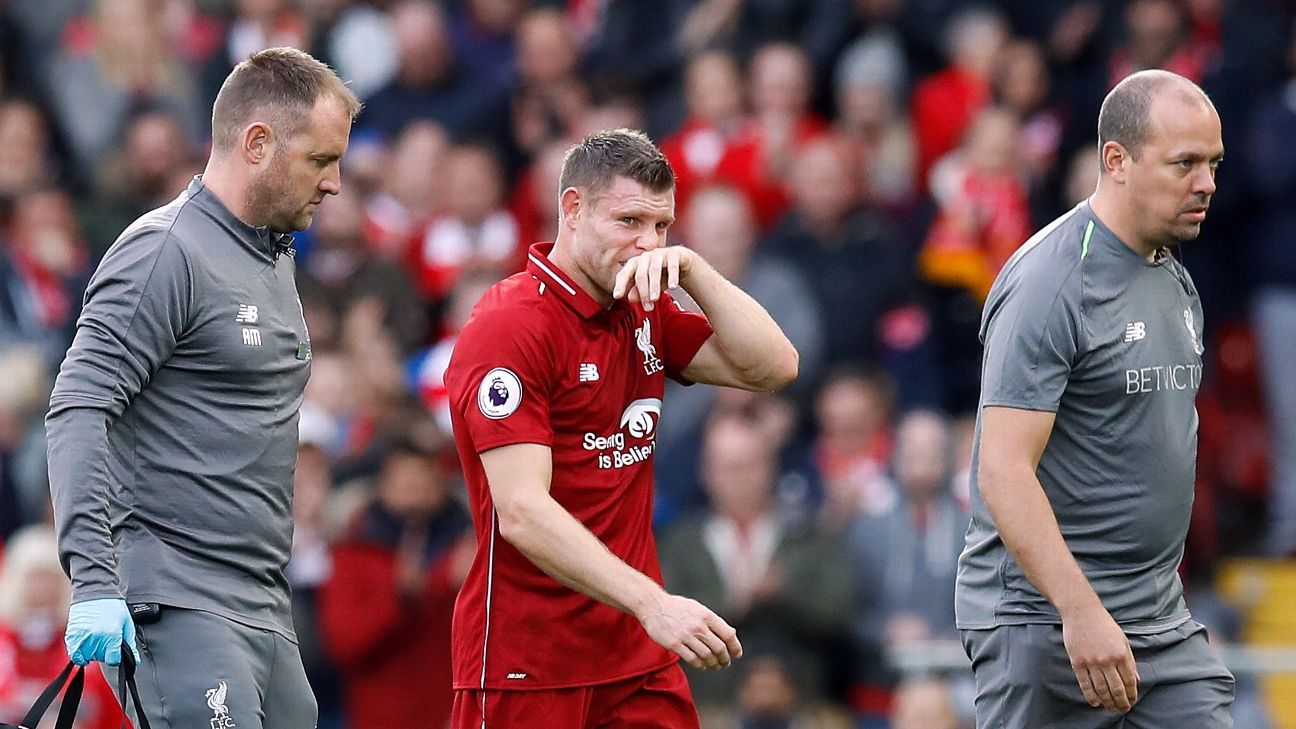 
James Milner hopes to return from his hamstring injury in less than a month, sources have told ESPN FC.

Milner was forced off 29 minutes into Liverpool’s goalless draw with Manchester City on Sunday, clutching his hamstring as he limped off at Anfield.

The injury is not thought to be severe, sources say, but it will likely see the 32-year-old miss some time.

Liverpool return to action from the international break when they visit Huddersfield Town on Oct. 20 before playing Red Star Belgrade at Anfield four days later.

Milner, 32, has been one of Liverpool’s most consistent performers so far this season, starting all but one game.

He has entered the final two years of his Liverpool contract but sources have said discussions about a new deal are yet to begin.