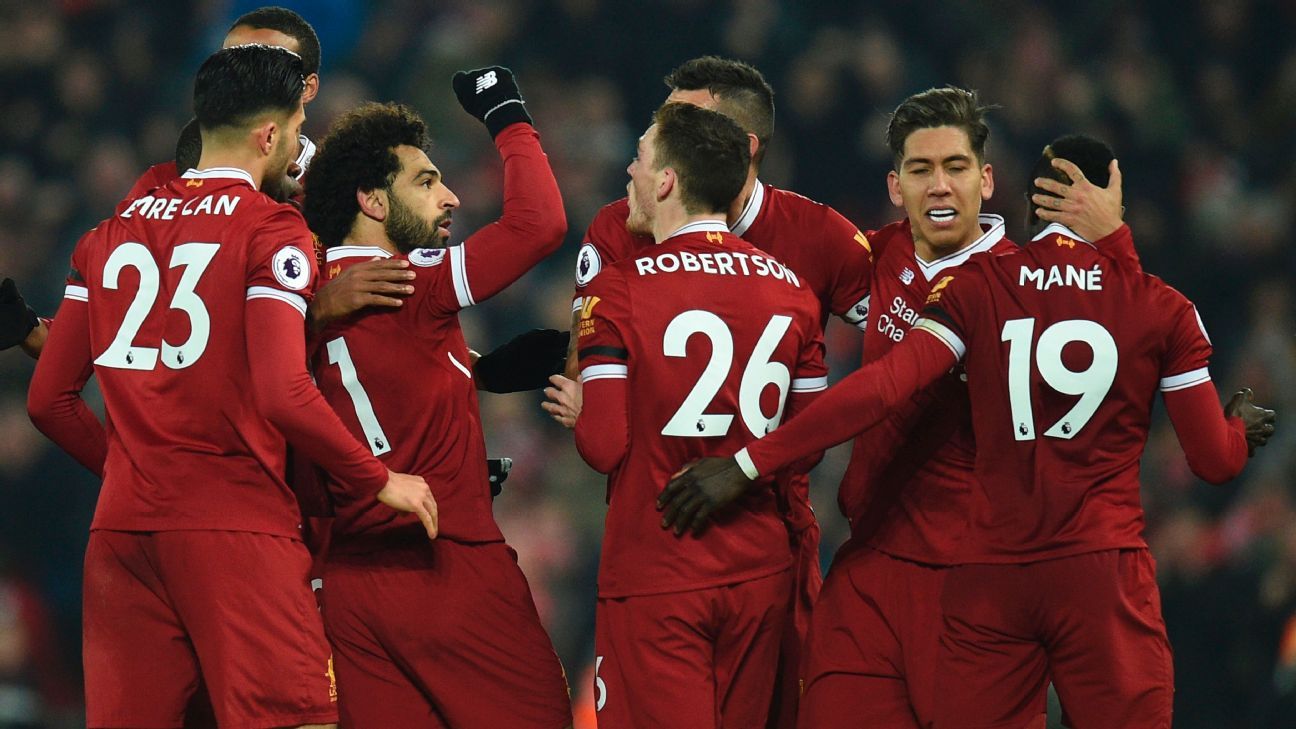 
LIVERPOOL — James Milner has said he and his Liverpool teammates need to take some of the goal scoring pressure off Mohamed Salah.

Salah is Liverpool’s top goal scorer, having struck 32 times in all competitions since his summer move from Roma. Roberto Firmino, his nearest rival, has 22.

Milner, whose seven assists in this season’s Champions League are more than any other player has managed, is cautious about expecting Salah to win games single-handedly, but vowed to keep creating chances for him.

“In games you need those moments of brilliance at times to unlock defences and he can do that,” Milner told a news conference to preview Liverpool’s Champions League game against Porto at Anfield on Tuesday.

“He can create goals out of nothing, on his own. It’s important as a team that we take some pressure off him as well and make sure the goals are shared out throughout the team.

“Most importantly, [we need] to create those chances for him. He can do it on his own at times, but it’s important that we keep creating those opportunities, so that he keeps doing the work for us as part of that team as well.”

Asked where Salah ranked among his career teammates, 32-year-old Milner added: “I’ve been lucky to play with some very good players throughout my career and he’s up there as well.

“I know he’s played in England before, but changing club and changing leagues again — there’s a big difference between England and Italy.

“He’s a top player and that’s a credit to the players around him but also to the club for helping him settle in as fast as possible.

“I think you see how we play, we play as a team — both going forward and defending as well. He’s a big part of that. He’s had a great season so far, but hopefully he can keep going and keep banging those goals in.”

Liverpool are all but in the quarterfinals of the Champions League, holding a 5-0 advantage from the first leg in Portugal.

In recent days, manager Jurgen Klopp has said he will not rest players for the second leg, but he was asked on Monday whether it was an opportunity to leave out Salah.

“I get the question, but I didn’t make a decision so far,” he said. “It’s about bringing fit players and, in the moment, we are in a league where we all have to deliver, play constantly and all that.

“You don’t rotate to avoid something, you only use the players which are in the best shape. If it will be a different lineup to Saturday, I don’t know.

“But if it will be a different lineup then only because we only want to win the game — no other reason. That’s what I meant when I said we will not rest players. We will maybe make one, two, three changes or so, but only to win the game.”

The Champions League represents Liverpool’s last chance of silverware this season, with Klopp’s side pushing for a second-place finish in the Premier League.

Milner is hopeful that the club’s six-year trophy drought will end in the near future and said he felt Liverpool are showing greater maturity.

“I think we’re getting closer,” the vice-captain said. “We’re improving all the time as a team and moving forward.

“We’re an exciting team to watch and we’re learning to manage games better than we have done in the past. That maturity is coming through.

“At this stage of the tournament, you need to have that belief that you can go on and win it. But you do need to take it one game at a time.

“The only thing we’re concentrating on is putting in a good performance and getting a win tomorrow night.”