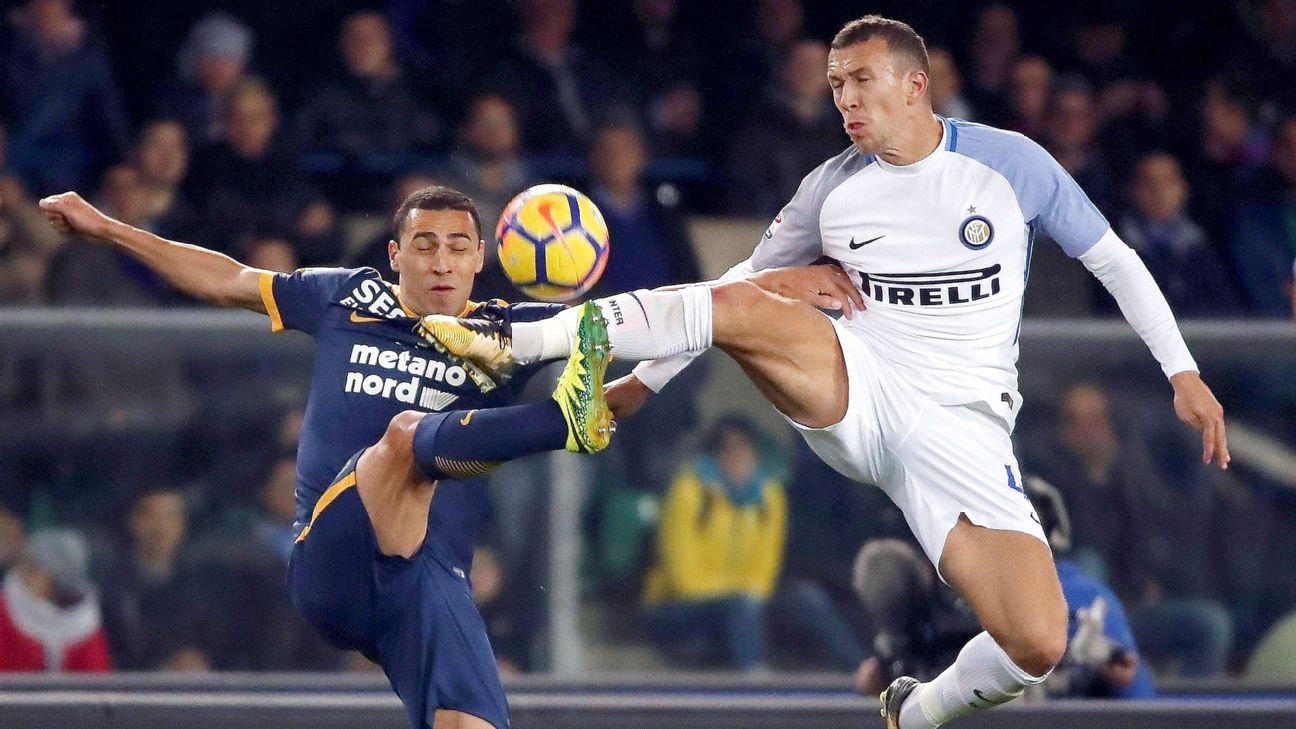 
Inter Milan earned a 2-1 win over Verona on Monday night, with Ivan Perisic underlining his credentials as one of Serie A’s best players with the winning goal.

With the home side putting in a strong shift in the first half, Inter were rather limited, only to break the deadlock when a wonderful Antonio Candreva cross found Borja Valero on 36 minutes. Verona equalised on the hour mark, when Alessio Cerci was downed by Samir Handanovic in the box.

But the Nerazzurri fought back, Perisic firing a stunner past Nicolas Andrade from outside the box. Luciano Spalletti’s men are second and still unbeaten.

Nine wins, two draws: the Nerazzurri have made their best start to a league season ever. Who’d have thought that after this summer’s transfer window? And they’re 13 points ahead of mega-bucks Milan.

The Inter of old would have collapsed here. Instead, they struck back inside nine minutes after Verona’s penalty, and managed the game after. Joao Miranda is looking better, and so is Valero.

VAR was a success, too: it corrected a refereeing mistake and gave Verona what was a stonewall penalty.

The full-backs were pretty ghastly and a number of players put in sloppy performances. This wasn’t a pretty game, but criticism on style seems ridiculous.

Verona were hardly besieging Inter, but you wouldn’t have known that reading social media. Would the press rather have a 7-0 win (plenty of those in the bad years) followed by three points in as many games (plenty of those too).

Are people forgetting that Juventus tend to win ugly on the road, especially after a rebuild?

7 — Spalletti generally got things right, and he seems to be coaxing the best out of Candreva, while Matias Vecino is getting better and better. Despite appearances, Inter were better here than they were on the road to Benevento and Crotone.

They really didn’t concede any big chances, barring the penalty.

GK Samir Handanovic, 6 — Didn’t have a lot to do except for the penalty. Hard to blame him for coming out of the goal as he didn’t have much of a choice.

DF Danilo D’Ambrosio, 5 — One of his sloppiest games, despite lending a hand in attack, being found by a wonderful Valero pass. Gave away a needless corner late on and his blocked clearance led to Verona’s equaliser.

DF Milan Skriniar, 7 — Didn’t get anything wrong, except for an errant header and a miscommunication with Handanovic.

DF Yuto Nagatomo, 5 — Was turned inside out by Romulo and made plenty of mistakes. He’s reverted to form, alright.

MF Matias Vecino, 8 — Had one of his best games and consistently burst through the midfield and got himself into interesting positions.

MF Roberto Gagliardini, 6 — Was lax in the first half, but recovered after the break. Gave it away a couple of times too many, but also read the game beautifully and intercepted several key balls in the opposition half.

MF Borja Valero, 7 — Didn’t have the best of games, but his goal was beautifully taken. Was also fouled for what should have been a penalty a few seconds before.

MF Antonio Candreva, 8 — Inter’s guardian angel on the right. He had better corner delivery, no silly crosses, and had an excellent assist for Valero. His long-rangers make a lot more sense when the box is stacked, because the awkward bounce he generates can end up in goalkeeping error.

MF Ivan Perisic, 7 — Not one of his better games, but came up with a superb winner. A lot of ink has been wasted on how he’s not a “top” player. He would be if he scored easier goals. All he does is bang in the difficult ones!

FW, Mauro Icardi, 6 — Worked hard and was nearly successful with a finish from outside the box following a nice Perisic layoff. Also launched a counter with a fine tackle in midfield, but finished a move with a mishit effort.

MF Marcelo Brozovic, 5 — Had enough time to earn a talking-to (or yelling-to) from Spalletti. What is this guy doing here?

MF Joao Cancelo, N/R — Tried a dribble or two, but was ineffective.

MF Eder, N/R — Came on very late and held the ball up well.