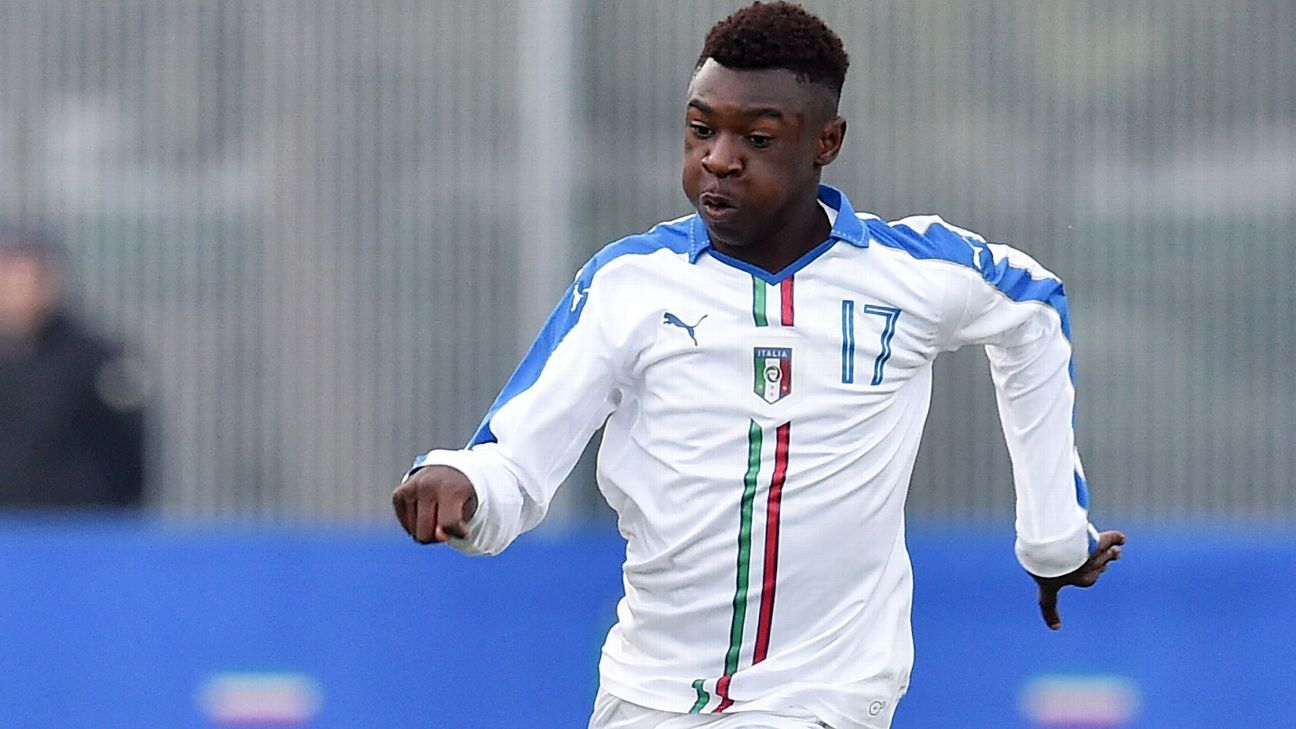 
Moise Kean and Gianluca Scamacca have both been sent home from international duty by Italy’s under-19 coach Paolo Nicolato for “disciplinary reasons.”

No further details were given by the Italian FA on its website but the pair have been dropped for the remainder of their training camp and a friendly against Russia’s under-19s on Tuesday.

Kean, represented by agent Mino Raiola, joined Hellas Verona on a season-long loan from Juventus this summer having become the first player born in the current millennium to appear both Serie A and the Champions League.

The 17-year-old also became the first player born since 2000 to score in one of Europe’s top five leagues.

Scamacca, 18, is yet to make his Serie A debut having joined Sassuolo from PSV Eindhoven in January.

The centre-forward started his career at Roma before moving to the Netherlands in 2015, where he made two appearances for Jong PSV in the UEFA Youth League, scoring one goal.

Scamacca replaced Kean in a 1-1 draw with Turkey on Friday and set up the equalising goal.

Fiorentina forward Gabriele Gori has been called up as cover for the two strikers.