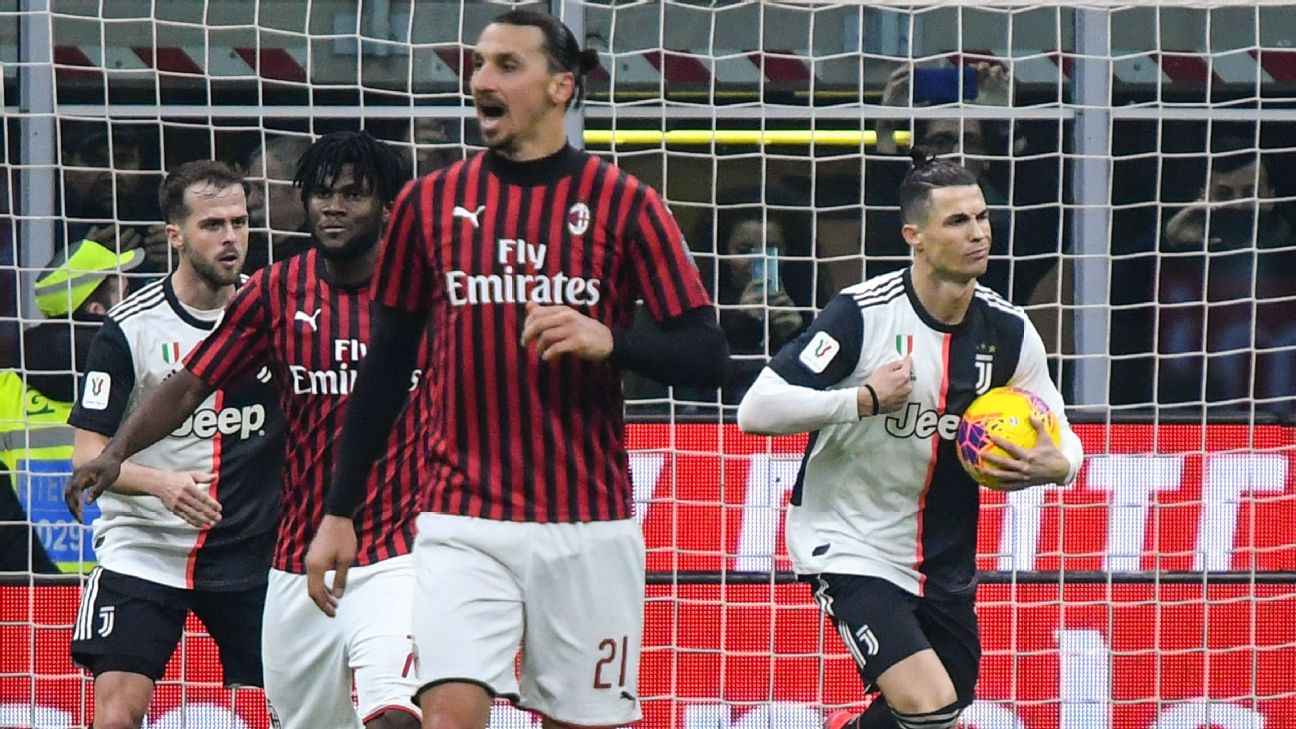 
Italian football will resume with the second legs of the Italian Cup semifinals on June 12 and 13.

– Stream Italian Cup and Serie A matches on ESPN+ (U.S. only)
– Marcotti: Everything you need to know about Serie A’s return

While league officials had not yet officially released the schedule, Juventus is expected to host AC Milan on June 12 followed by Napoli vs. Inter Milan a day later.

Juventus and Milan drew 1-1 in the first leg while Napoli beat Inter 1-0. The final is scheduled for June 17 at Rome’s Stadio Olimpico.

Serie A is scheduled to resume June 20, having been suspended since March 9. Teams will face two games a week for the rest of the season once the league restarts.

Most weekend matchdays will run from Saturday to Monday and midweek rounds from Tuesday to Thursday.

Kickoff times will be 19.30 or 21.45 local time, although there will be some 17.15 starts despite concerns from the players’ union about possible high temperatures.

The league will resume with the four matches postponed from previous rounds. Torino–Parma get the ball rolling at 19.00 local time on June 20 followed by Verona vs. Cagliari.

Juventus, chasing a ninth successive Serie A title, lead with 63 points from 26 games followed by Lazio (62), Inter Milan (54) and Atalanta (48). The three teams in the relegation zone are Lecce, SPAL and Brescia.