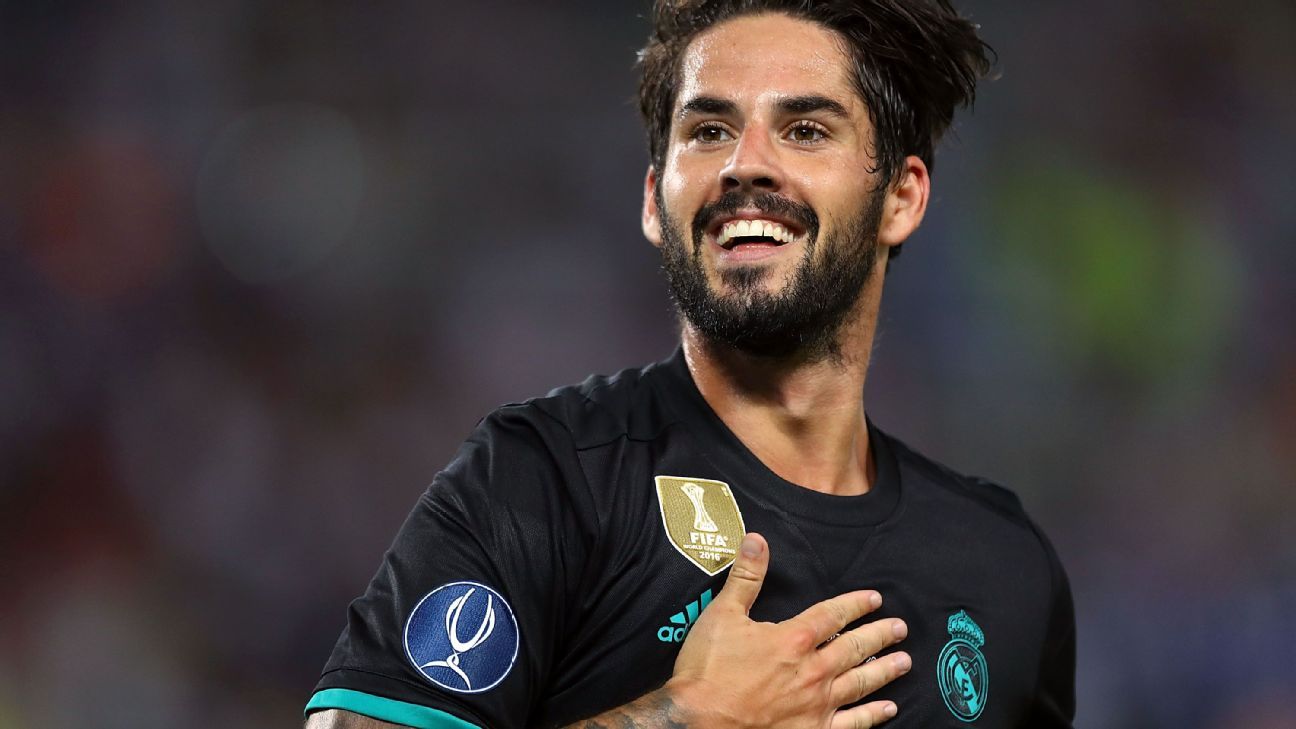 
Real Madrid midfielder Isco says he hopes to remain at the club “for many years,” despite his contract entering its final year and no confirmation of an extension yet being agreed.

Isco, 25, has forced his way into Zinedine Zidane’s XI in recent months with a string of impressive performances, and also underlined his quality with two excellent goals in Spain’s 3-0 World Cup qualifier win over Italy last weekend.

That is in contrast to last autumn when Isco said he could look for opportunities elsewhere after being used sparingly in big games early last season, and was even whistled by his own team’s fans after a poor showing in a 2-2 draw with Eibar.

Recent months have seen the situation swing back around, but despite reports dating back to April that a €6 million contract up to 2022 had been agreed, Isco has yet to put pen to paper on a new deal.

Speaking while on international duty with Spain this week, he said he had always been confident of succeeding at Madrid and was sure of a long stay at the club.

“I have always thought about being a success at Madrid, even in the moments when I was getting less playing time,” Isco said. “I knew I should not give in, and here I am today. I feel important at the moment and very comfortable, and hope to keep going like this for many years for both Madrid and Spain.”

Meanwhile, Cristiano Ronaldo has returned to training with his Madrid teammates following international duty with Portugal, with his next outing likely to be the Champions League group opener at home to Apoel Nicosia next Wednesday due to a suspension in La Liga which runs until Real Betis visit the Santiago Bernabeu on Sept. 20.

Madrid’s statement after training on Tuesday suggested that centre-back Raphael Varane had not yet recovered from the troublesome adductor muscle problem which saw him miss the 2-2 draw with Valencia before the current international break.

“The week of training continues at Real Madrid City,” the club statement read. “The big news was the return of Cristiano Ronaldo after playing two games with his national team. The Portuguese forward combined jogging with work inside the facilities.

“The players available to Zidane trained along with the Castilla team on field three. High intensity ball work was the focus of the session for the Whites. Varane and Marcos Llorente trained individually out on the pitch.”

“Real Madrid has been named 2017 European Club of the Year by the ECA [European Club Association], an accolade which the Whites also received last season,” a club statement read.

“In the eighth edition of the awards presented by the organisation, the club was recognised for the team’s excellent 2016-17 campaign in which, amongst other honours, the club’s 12th European Cup was secured. On hand to pick up the accolade was Real Madrid’s third vice-president, Pedro Lopez Jimenez.”

Lopez Jimenez has also been named as first vice-chairman on the ECA’s executive board from 2017 to 2019.