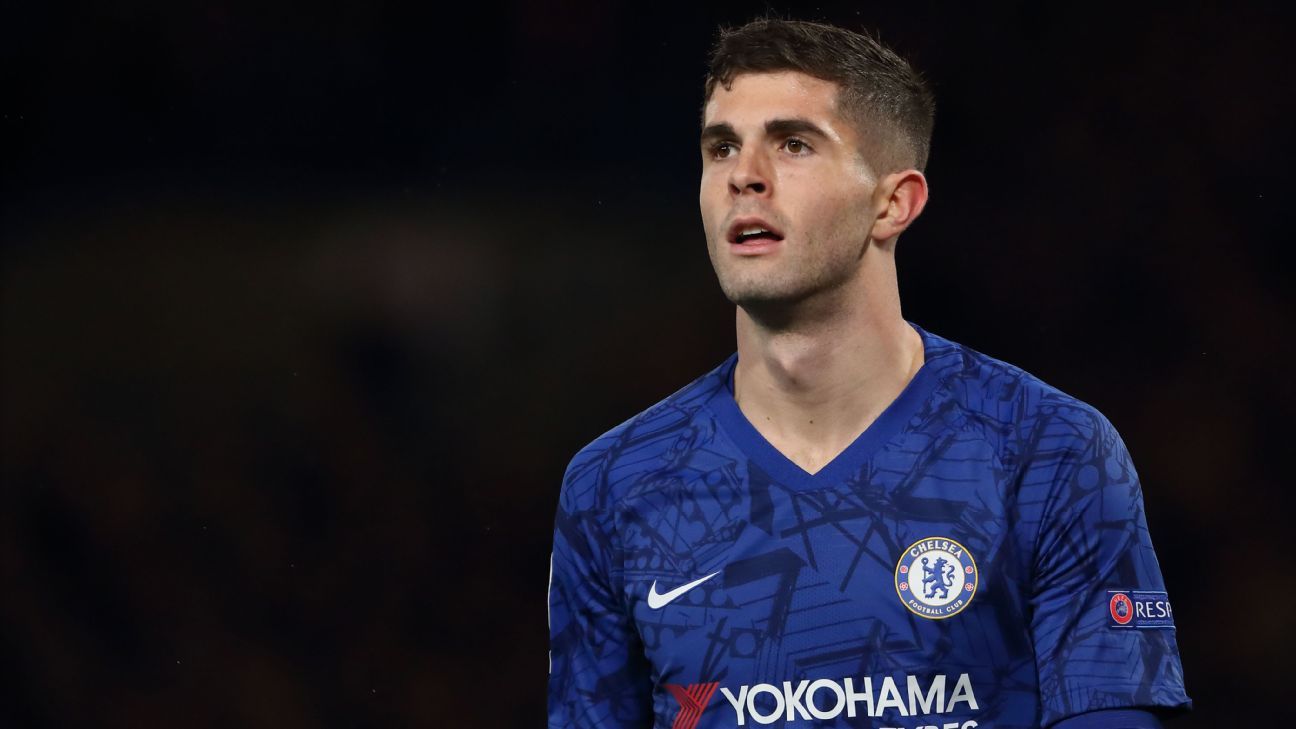 
Christian Pulisic recently claimed that “nobody even noticed me” on his first day with the Chelsea squad. As the Blues’ summer transfer strategy begins to take shape, he could be forgiven for wondering if that is still the case.

The coronavirus pandemic has created uncertainty in the financial planning of many clubs, but Chelsea are so far taking a purposeful and proactive approach to their decision-making.

Timo Werner‘s imminent acquisition was a smart piece of opportunism after Liverpool hesitated in meeting the RB Leipzig forward’s release clause. The subsequently swift agreement on a five-year contract worth up to £200,000-a-week is a further sign of their resolute will to challenge for the Premier League title.

Werner will join Hakim Ziyech, a £38 million signing from Ajax, but Chelsea are not done there. They are actively pursuing another attacking player with Kai Havertz now the most likely candidate, as senior figures at Stamford Bridge act in the belief Borussia Dortmund‘s Jadon Sancho is destined for Manchester United. A loan move for Barcelona‘s Philippe Coutinho remains possible, but Havertz is seven years younger and available for a similar permanent fee — around £75m — a fact that has also not gone unnoticed by United, Bayern Munich and Real Madrid.

There is no guarantee Chelsea will be able to sign another attacking target, but the mere fact they are pursuing several targets highlights Frank Lampard’s dissatisfaction with his current options — a situation that could make Pulisic feel like the forgotten man all over again.

Lampard has repeated one clear message in video sessions with the first-team squad at Cobham: move the ball quickly. The 41-year-old has rotated formations between 4-3-3, 4-2-3-1 and 3-4-2-1 during his maiden season in charge of Chelsea but, no matter how they line up, Lampard views speed in transition as vital to success. It is a key reason why Tammy Abraham and Michy Batshuayi were preferred in attack while Olivier Giroud was made to wait an eternity for his chance; both players are more mobile, able to stretch defences by running in behind and opening up more space for wingers coming in off the flank.

Lampard has long wanted an upgrade in his preferred mould: a quick, incisive forward whose sharp movement will create almost as many opportunities for his teammates as it will for himself. He also needed a proven track record in front of goal. Werner and Lyon‘s Moussa Dembele fit the profile, the former proving an easier deal to conclude.

And so, with Ziyech’s arrival already confirmed, suddenly two of the three attacking positions in Lampard’s preferred 4-3-3 shape appear occupied. Indeed, Werner could even play off the left with Abraham through the middle. Pulisic already faces a fight to prove himself part of Lampard’s first-choice lineup even without Havertz, Sancho or Coutinho joining the club.

Such competition for places is inevitable at a top club targeting silverware, but the impending overhaul completes a turbulent first season in England for Pulisic.

Last summer, the winger decided to cut short his postseason holiday to just one week — despite representing the United States in the Gold Cup — in an effort to ingratiate himself to Lampard. First contact with his new teammates — when boarding the bus in Japan for a preseason training session — came through bleary, jet-lagged eyes. Pulisic may have felt that “nobody even noticed me” in that underwhelming welcome, but players quickly warmed to a softly spoken yet fiercely determined American with obvious talent in abundance.

It is worth remembering that Pulisic signed for a manager he never actually played for. Maurizio Sarri left the club in June and sources have told ESPN there was only the briefest of conversations between the Italian and his new £58m acquisition upon his arrival in London. Pulisic was unveiled prior to the Europa League final, at a point when Sarri already knew he would be leaving the club and therefore never manage the U.S. international at Stamford Bridge.

Pulisic had to deal with both the uncertainty of a new, as yet unidentified, manager and the immediate task of replacing the colossal presence of Eden Hazard, who was set for Real Madrid after seven years in west London. Settling into the English capital was easier than arriving at Dortmund at just 16. There was no language barrier to overcome, but with a price tag exacerbated by Chelsea’s inability to make any further signings because of their FIFA transfer ban, expectations have been high from the outset.

He threw himself into preseason training, but concerns over fatigue and his robustness for the intensity of Premier League action led to a slow start. After a promising full debut in the UEFA Super Cup defeat to Liverpool, Pulisic featured in just three of the club’s opening nine league games and none between Aug. 31 and Oct. 26. Burnley were the victims of his pent-up frustration on a cold evening at Turf Moor when he announced himself in English football with a superb hat trick.

“I felt I’d done okay up to that point but I hadn’t really shown everything that I could do, so going into that game, I did have a chip on my shoulder,” Pulisic later recalled.

Lampard could not hide his delight after Chelsea’s 4-2 win. “He’s going to be a big, big player for us,” said the Chelsea head coach. “He showed a lot of that today and now let’s see him go.”

The Burnley outing marked the first of 12 successive starts across three different competitions as Pulisic hit a rich vein of individual form. However, Chelsea lost five times during that run as Lampard began to lament a cyclical problem: profligacy in front of goal. It wasn’t a failing laid solely at Pulisic’s door, but Lampard bemoaned the wastefulness of his attacking players with such regularity that by February he described himself as a “broken record” on the subject.

This is the root of Lampard’s desire to reinvent Chelsea’s attack. With Willian and Pedro almost certain to leave when their contracts expire at the end of the season, Lampard has seen an opportunity for a changing of the guard. Werner is 24, Ziyech turned 27 in March. Abraham is 22, Mason Mount — who has played on the left wing and as a No. 10 — is 21, while Callum Hudson-Odoi is just 19. Aged 21, Pulisic can be at the forefront of this new era, but his prominence within it is in greater doubt than first appeared.

Much will depend on Lampard’s preferred system in future. Lampard has opted for 4-3-3 in 15 of Chelsea’s 29 Premier League games this season. The pursuit of Havertz hints at a greater use of a No. 10 and a 4-2-3-1 shape in future. Pulisic can play there or off the flank.

“I do really like playing on the left wing and also in that 10 spot essentially behind the forward,” he said. “I’d say those are my two favourite positions.”

Yet rather than building a team around Pulisic in the same way Chelsea did for the player he replaced — Hazard — Lampard is keen for greater versatility and interchangeability of positions to make his team far less predictable than those irritating home defeats suggested. Werner’s ability to play off the left is a useful characteristic in that regard, also allowing Lampard to accommodate both him and Abraham should he so choose.

An intriguing subplot in the coming weeks — and potentially months — is Abraham’s ongoing contract talks. He has two years left on his remaining deal, but having enjoyed a breakthrough season as Chelsea’s No. 9, he will understandably seek reassurances over his future role following the signing of Werner, who was convinced to join Chelsea partly on the basis he would be a first-team regular.

Pulisic has no such contractual concerns to leverage any unhappiness. Instead, he simply has to deliver on his undeniable potential by becoming the “big, big player” Lampard previously forecast.