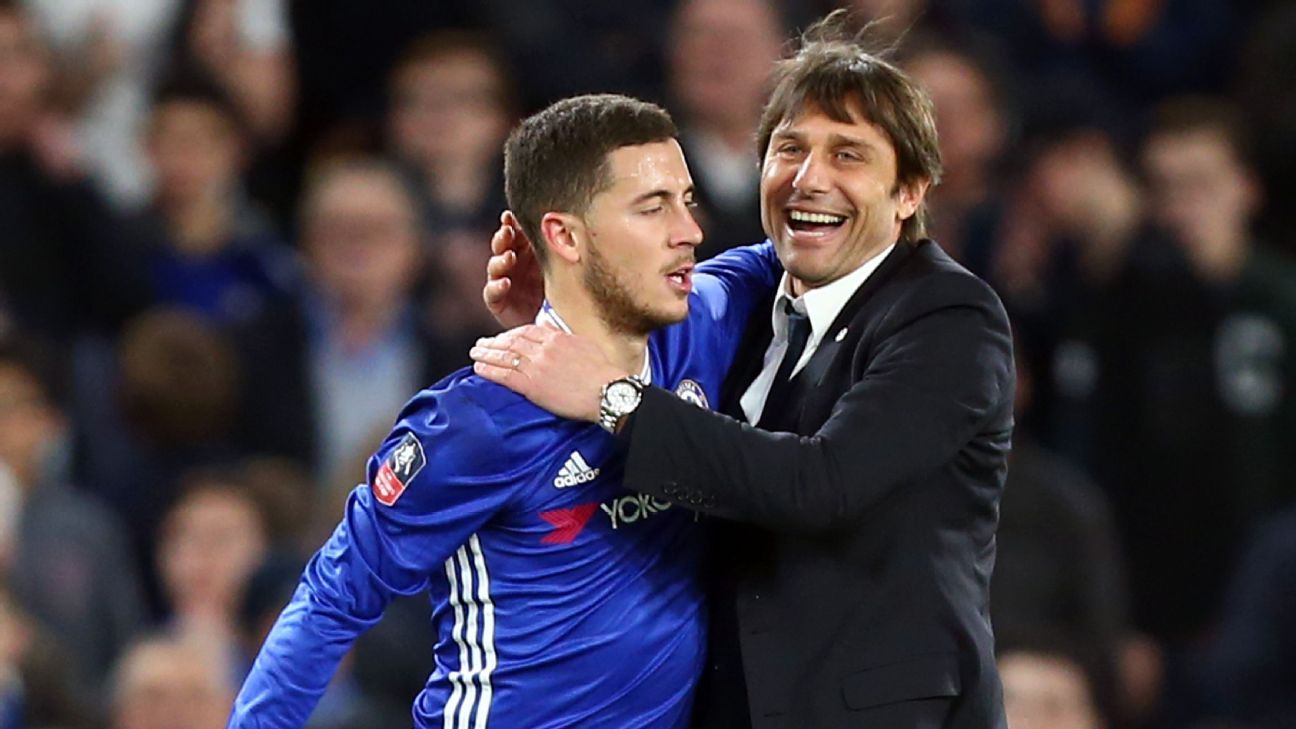 
It wasn’t easy, but Chelsea’s progress to the FA Cup semifinals at the expense of a dogged Leicester City side has rekindled hope among Blues supporters that this season might end on a high after all.

A favourable draw against Southampton in the next round brings with it the opportunity of facing either Manchester United or Tottenham Hotspur in the final and a chance for Chelsea manager Antonio Conte to go one better than he did last year when the Blues lost to Arsenal in the Wembley showpiece.

Such is the unpredictable nature of life for any manager at Stamford Bridge that had Leicester beaten Chelsea, with the loss coming straight off the back of a disappointing Champions League exit at the hands of Barcelona and the London club sitting outside the Premier League top four, Conte might have found himself packing his bags to return to Italy this week.

Instead of facing the sack, Conte, whose name was being chanted enthusiastically once more by Chelsea fans at the King Power, has the altogether more palatable prospect of plotting how to win the FA Cup and trying to reel in one or more of Spurs, Liverpool and Man United in the automatic Champions League qualification places.

Neither task is easy, but the challenges aren’t unrealistic and should Conte be successful on one or both counts it will go a long way to silencing the chatter that has been going on for months now that the Italian’s days are, or indeed should be, numbered at the Bridge.

Forgetting Conte’s over-hyped line last summer about the need to avoid a Mourinho season, it’s worth noting that around the same time he also advised that he was expecting the campaign ahead to be the most difficult of his career and that there were many reasons to suggest the coming year would be tough.

Conte wasn’t wrong and the “many reasons” he alluded to have been the subject of frenzied speculation. The fractured relationship with Diego Costa; a frustrating summer transfer window in which Chelsea were snubbed by key transfer targets including Romelu Lukaku, Alex Oxlade-Chamberlain, Danilo and Fernando Llorente; the foolhardy sale of Nemanja Matic to Man United; and the discordant relationship with the Stamford Bridge hierarchy have all been the subject of close scrutiny.

Chelsea did spend a fortune on Alvaro Morata, Tiemoue Bakayoko, Antonio Rudiger, Willy Caballero, Danny Drinkwater and Davide Zappacosta last summer and along the way Conte signed a new two year contract worth £19.2 million. It’s this last point which brings with it some intrigue in the wake of the Blues momentary renaissance and what may happen should it continue.

Throughout Chelsea’s struggles this season, Conte has always maintained he would see out his contract. Even in the dark days of January — which included shocking back-to-back league defeats to Bournemouth and Watford as well as a lame Carabao Cup semifinal loss to Arsenal — he countered his tales of “suffering” with his desire to “fight.”

Had Blues owner Roman Abramovich wielded the axe then, as many expected, no one would have been surprised. That the Russian didn’t was in fact met with greater wonderment. Perhaps Abramovich has grown weary of paying out contracts to sacked managers? Maybe the déjà vu aspect and attendant cost of Mourinho’s mid-season departure in 2015 rankled? Did he subscribe to the conspiracy theory that the Portuguese was purposefully the architect of his own misfortune at the Bridge so he could get the United job and suspect that somehow Conte had a hidden agenda along the same lines?

There’s a lot to think about for all concerned in SW6. Owner, manager, players, supporters. What will happen next is anyone’s guess.

Chelsea’s next opponents are bitter rivals Tottenham who occupy fourth place in the Premier League and have a five-point advantage over the Blues. Victory in that game for Conte’s team and the margin narrows significantly enough to heap pressure on Mauricio Pochettino’s side, who have a habit of failing to cope with such burden and falling in the last stretch of the race to win silverware.

Conte achieved hero status with Chelsea supporters through winning the Premier League last season. Should he mastermind Champions League qualification from their current position, alongside FA Cup glory, he would be considered a legend by the fans particularly if this involved misery for Spurs.

Ordinarily, walking away from such a triumph would be difficult for any manager but Chelsea is unique in the fact that the difficulties Conte has faced in his time as boss remain. If that doesn’t change, he may well decide he has suffered enough and walk away from the club rather than endure more pain.