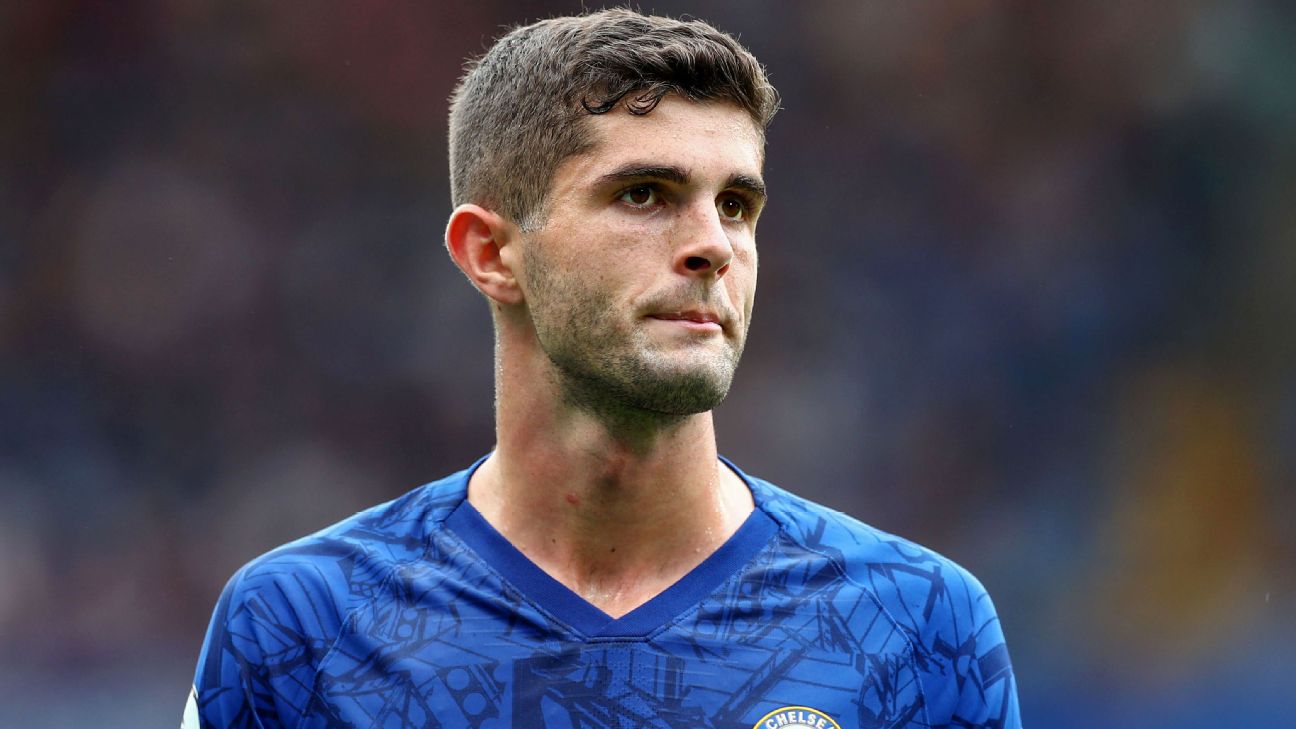 
When Christian Pulisic‘s $73 million move to Chelsea was announced in January, there were equal parts excitement and trepidation.

The anticipation came from having the American heading to one of the world’s biggest clubs for a fee more than three times the previous record for a U.S. international. If Pulisic could break through with the Blues, there was a chance that he could live up to the predictions — or hopes — that he would become the first transcendent American star.

But the enthusiasm was tempered by concern over how much he would actually play, especially coming off a season with Borussia Dortmund in which his time decreased due to a combination of injury and the emergence of Jadon Sancho. When Maurizio Sarri — Chelsea’s manager when Pulisic’s transfer was agreed upon — returned to his native Italy and Frank Lampard came in to replace him, the American’s position looked even more vulnerable.

Just six weeks into the season, Pulisic has shown flashes of ability, like when he set up Olivier Giroud‘s goal against Liverpool in the UEFA Super Cup, but has found minutes harder to come by recently. When he has featured, he struggled to make much of an impact, often opting to play it safe.

“OK” is the word that keeps coming up from those assessing the American’s performances. That hasn’t been enough to keep Pulisic in Chelsea’s starting lineup, even as he returned from international duty early. In fact, heading into Wednesday’s Carabao Cup match against Grimsby Town (ESPN+, 2:45 p.m. ET), he has been an unused substitute three games in a row.

The lack of minutes has, in some cases, been circumstantial. During last weekend’s 2-1 defeat to Liverpool, Lampard was forced to burn two substitutes in the first half when defenders Emerson Palmieri and Andreas Christensen were injured.

But other signs are more disheartening. When Mason Mount was injured early in Chelsea’s 1-0 Champions League defeat to Valencia, Pedro was summoned, not Pulisic. The return of Willian, hurt at the start the season, has also made minutes tougher to come by. With Callum Hudson-Odoi also on the mend, the competition is set to get more intense.

“It’s so early,” said former U.S. international Landon Donovan, who enjoyed two loan spells in England with Everton. “You don’t want to get carried away, but the signs don’t look great so far for Pulisic, especially when you have Pedro, Ross Barkley and Michy Batshuayi also not starting in [the Liverpool] match. You would think he’s moving down the pecking order.”

Pulisic was already operating at a deficit, given that Mount spent all of last season on loan at Derby County, where Lampard was manager. While Mount has endured uneven moments of his own, he has scored three goals. Pulisic, by contrast, has yet to find the back of the net. Others like Pedro and Willian are more proven, even as they are  getting on in years (32 and 31, respectively).

“The number that they bought Pulisic for helps, but the shake-up in management doesn’t because there’s no tie,” said former Leicester, Tottenham and Fulham goalkeeper Kasey Keller. “Lampard isn’t tied to Pulisic. He’s not saying that this is the guy I wanted and give him the benefit of the doubt. He had nothing to do with signing Pulisic.”

So how does the 21-year-old earn Lampard’s faith? There’s really only one way, and that is through his performances during training and in games.

“There’s very little politics that goes into playing time over there,” said Brad Friedel, who spent the bulk of his career in the Premier League with the likes of Liverpool, Blackburn Rovers, Aston Villa and Tottenham. “It’s a very straightforward scenario where the best play. It doesn’t matter what your last name is. It doesn’t matter generally how much they paid for you, although if you get into the stratospheric wages that can put a little bit of pressure on.

“It will be turning up for training, working hard, being better than the other players in your position, and the most important thing: scoring and assisting and winning games. If you’re not involved in the scoring and winning and assisting and all that, you will not play over there, especially at a club like Chelsea, because they’re going to be under pressure to win.”

In some respects, the fact that Pulisic is having difficulty breaking through is not surprising. The Premier League, and Chelsea in particular, has witnessed supremely talented players struggle during their initial foray in England. Neither Kevin De Bruyne nor Mohamed Salah managed to make the grade at Stamford Bridge, only to return to England and flourish at Manchester City and Liverpool, respectively. It speaks to how difficult the adjustment can be, even if you’re moving from a quality league like the Bundesliga.

“The Bundesliga, the quality is really high, but the EPL is just crazy physical, beyond what people can imagine,” Donovan said. “There’s definitely an adjustment period for any player going there. It’s not easy.”

There’s consensus that Pulisic will get additional opportunities, starting with Wednesday’s Carabao Cup match. Lampard has said as much, while the fact that Chelsea is operating under a transfer ban until the summer gives the manager few options but to persist with what’s at hand. The key for Pulisic is to seize his chance and leave Lampard with no choice but to play him. That will be an ongoing process, one that will be monitored closely stateside, given that World Cup qualifying starts next June.

“It’s not time to hit the panic button, but by the middle of the season, if it’s not changed, then he needs to consider what his options are because leading into [World Cup] qualifying and hopefully the World Cup, he needs to be playing games,” Donovan said.

The flip side is that if Pulisic does break through, he’ll emerge a stronger, more refined player. Moreover, time is on his side, given the size of his transfer fee and the fact that he signed a five-year contract.

“I think it’s great for players when it happens, though it’s probably not nice for them at the time,” Friedel said. “But it really makes players grind out to earn their place and learn how to play in a new league. It should in the end be really good for him if he takes it the right way.”

U.S. fans will be hoping that is the case.