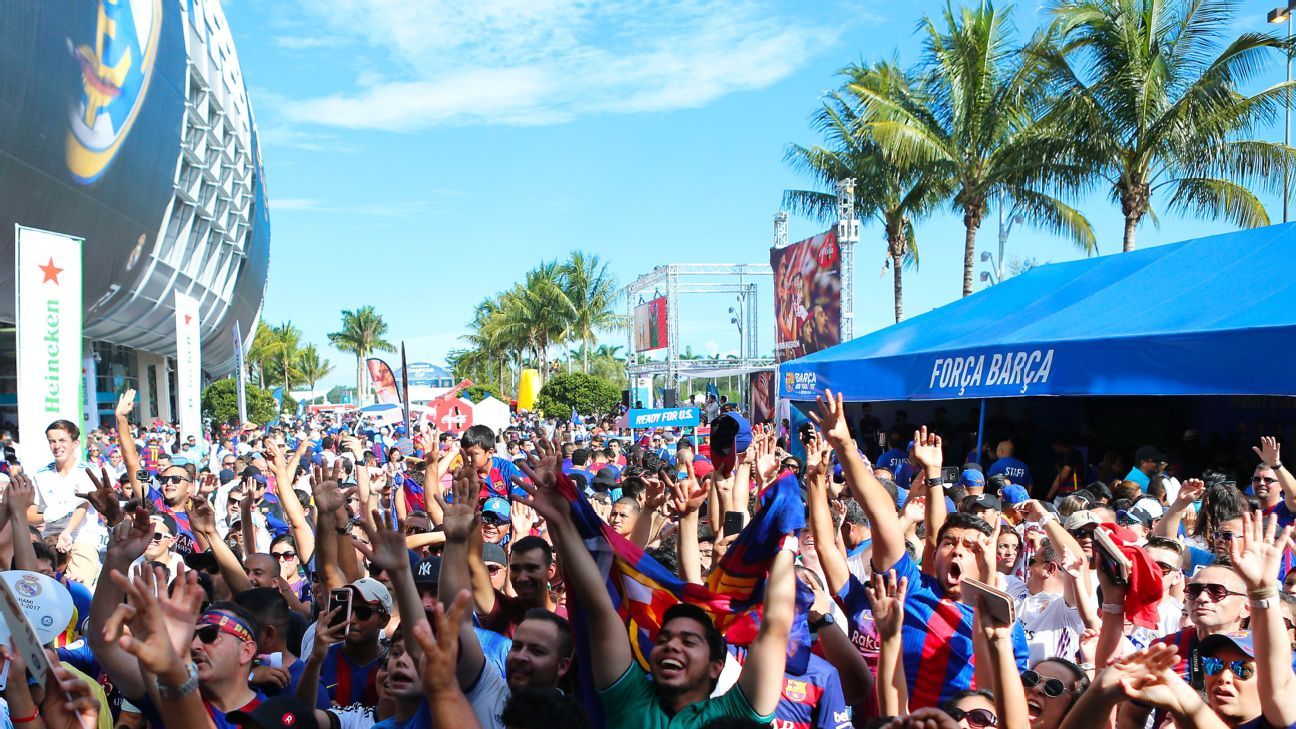 
The chairman of the company that organises the International Champions Cup has said the tournament could have another U.S. meeting between Real Madrid and Barcelona within “two or three years.”

Madrid and Barca met on July 29 at the Hard Rock Stadium in Miami, with Ernesto Valverde’s side winning 3-2 in what was just the second ever Clasico to be played outside Spain.

Relevent Sports chairman Charlie Stillitano told AS: “I would like to organise a Clasico every month! It was a memorable occasion, perfect.

“The first game between Madrid and Barca in the US, in a new stadium … Seriously, we hope to have more Clasicos. I don’t know if in Miami, Los Angeles … but we want it in the near future. Maybe in two or three years.”

Madrid star Cristiano Ronaldo did not join up with his teammates in the United States due to an extended summer break following the Confederations Cup in Russia as well as tax issues that saw him appear in court in Madrid two days after the Miami Clasico.

Miami Dolphins owner Stephen Ross, co-founder of Relevent’s owner RSE Ventures, said it had been “unfortunate” that Ronaldo could not make it but Stillitano pointed out that big names including Barca’s Lionel Messi had starred in an entertaining and competitive match.

“We were all a bit disappointed,” he said. “We wanted to have the two greatest players of this generation. When one is not there, it is normal [to be disappointed], but then we saw two teams full of stars and I can assure you that Mr. Ross was very, very satisfied.

“I could not tell you the number of people who have told me that it was the best game they have ever seen in the International Champions Cup. It was an immense honour to host that game. They took it seriously, as we did, we wanted to respect the sport. And we took Miami. ESPN did an amazing job to promote the Clasico. Everything worked perfectly.”

Stillitano said that a future ICC “derbi” between neighbours Real Madrid and Atletico Madrid, who have met in two of the last four Champions League finals, was a possibility.

“We always try for new and different things,” he said. “We have a very good relationship with [Atletico CEO] Miguel Angel Gil, they are very good people. I wouldn’t rule it out, it would also be something very big.”

Chelsea, Inter Milan and Bayern Munich played their 2017 ICC games in Singapore this summer. Stillitano said it would be up to Madrid coach Zinedine Zidane and president Florentino Perez whether the club would travel to Asia for next year’s tournament.