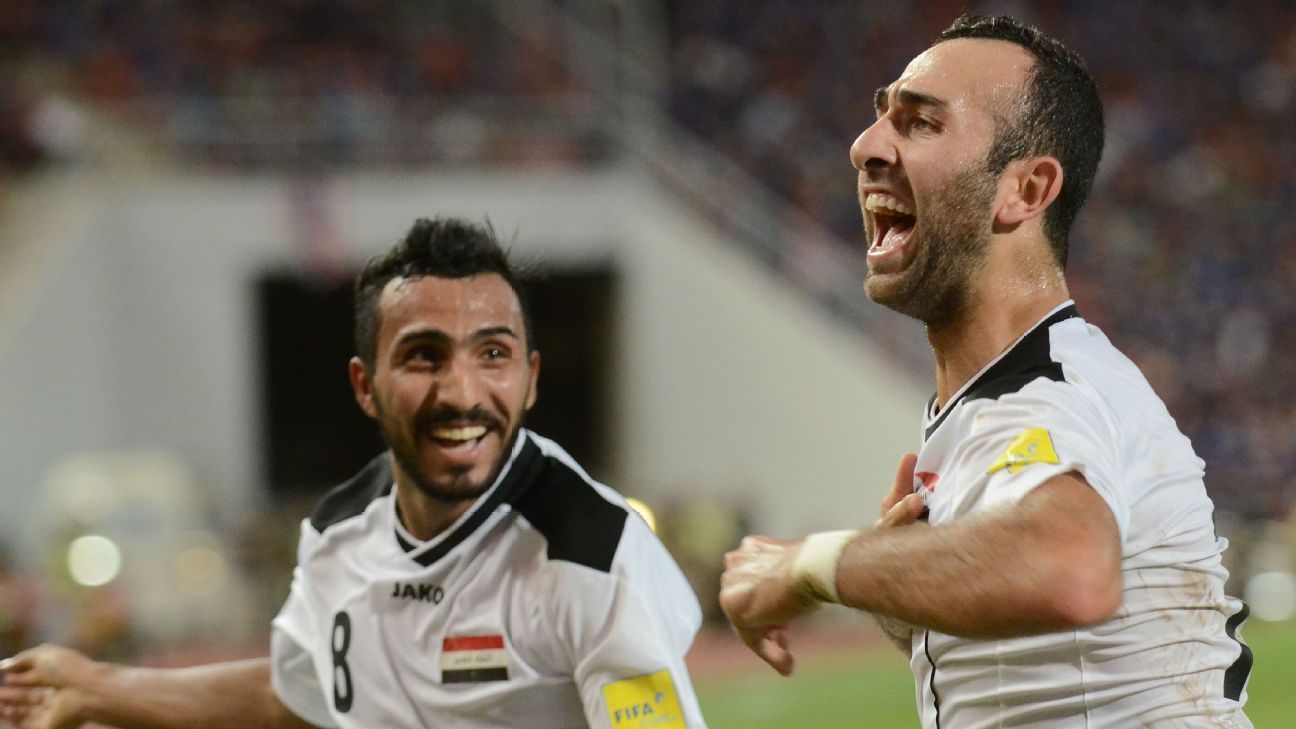 
It’s easy to feel as if all MLS fans’ eyes are strictly on the national team this week, with the United States’ World Cup fortunes on the line.

But never mind that MLS is actually played across two countries, and that its regular-season champions are, for the first time, Canadian. International week is as much a time to think about just how diffuse the influences on our top domestic league are, as it is to fret about Bruce Arena’s decisions.

It’s something of an orthodoxy that MLS Cup week and All-Star week serve as moments of concentration; moments when a geographically vast territory is momentarily unified in focus, not only for a game but for a whole convention’s worth of business meetings, steering committees and general centralized logistics.

International week, by contrast, is an expansive reminder of an even broader terrain; the territories whose players animate MLS week in, week out. Eighty-four of those players are currently scattered across the globe on international duty; with the U.S. for sure, but also with its CONCACAF opponents, and much further afield, too.

There’s Sporting Kansas City’s Soony Saad off to represent Lebanon; a clutch of five MLS players are with New Zealand preparing for a vital playoff series against the fifth-place CONMEBOL team next month; Justin Meram is playing for Iraq; and a cadre of players scattered to various spots around Europe, including the likes of Lichtenstein, Lithuania, and Bosnia and Herzegovina.

That 84 number doesn’t even account for players called up for U-21 selection, such as New York City FC and now England winger Jack Harrison, nor does it reflect the contribution of USL affiliates.

In a country where road trips already carry risk of muscle injuries to sedentary players crammed into coach class, these big international trips prevent further headaches for technical staff. But given the visa requirements necessary for players to secure their P1 athlete visas or Green Cards in the first place, it’s just a fact of life for clubs that a significant segment of the 641-strong league pool are liable to be called up for international duty in any given window.

In fact, 245 (38.16 percent) of the league’s players have already been capped, and as the profile of MLS changes, the number of those whose international careers are just starting out is growing.

It’s not just the Miguel Almirons of the world either; feted young designated players, who in Almiron’s case, have also been central to recent World Cup performances by their country. Currently injured, Almiron’s absence is as destabilizing to Paraguay as it is to Atlanta United. But as the league grows and higher-caliber players are drawn to it, there’s also the potential for their peers to push on developmentally.

With the U.S. struggling to qualify for the World Cup, there’s even been some focus on just what role MLS has inadvertently played in strengthening its CONCACAF rivals. Considering, for example, a Costa Rica call-up list that currently includes Christian Bolanos, Francisco Calvo, David Guzman, Ronald Matarrita, Marco Urena, Johan Venegas, Rodney Wallace and Kendall Waston, you can certainly see that the attempts by MLS to make itself a league of choice for U.S. internationals has also acted as something of a beacon for regional rivals.

That’s a development to celebrate rather than disparage, however. Where top leagues like England’s might have something of a crisis of domestic development through an overreliance on expensive foreign imports, among top leagues worldwide, MLS is second overall, behind only La Liga, in terms of the percentage of players (51.64 percent) born within its competitive borders of the U.S. and Canada. U.S. players, and the priority of their development, are hardly in danger of being squeezed out.

And a lot of the demographic developments are due in part to the logistics of expansion, in all its guises, since the league recalibrated in 2002. There are core aspects of the league that hew strictly to an American single-entity franchise model, but the state of cultural exceptionalism that the league actively courted in the ’90s has long since given way to it seeking its place amid the global game, especially in the international trade market for players.

The players themselves have reflected and monitored those developments. The Major League Soccer Players Union, by comparison to its global peers, was a pretty early adopter of the FIFPro statutes; when the union hosted its global peers at its annual convention in D.C. four years ago, the likes of Slovakia were just being incorporated into the global players union, while the U.S. was not just a host, but established as a key player. The very diversity of its player base had made its concerns necessarily global in nature.

Whatever your political position, the character of MLS is still partly determined by international players actually wanting to be here; the lifestyle lure of the U.S. is a strong factor for all but the most elite players, and the league, rightly, leans into that factor in player recruitment. The U.S. is a country of choice.

The United States’ soccer team may or may not get to the World Cup, but the world is already here.